There are over 7-billion people in the world, but we each have just one soulmate. Something just doesn't add up 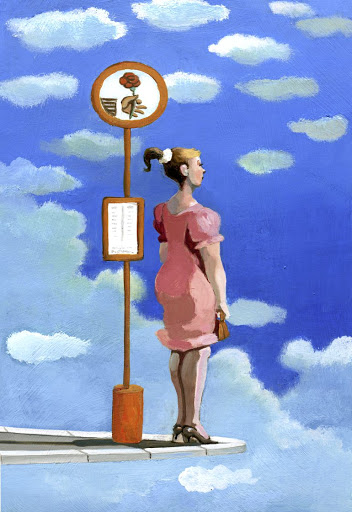 What are the chances of you finding your soulmate when there are over seven billion people in the world?
Image: 123RF/Nuvolanevicata

This week I've been thinking a lot about soulmates. Yours mostly, as I don't have one.

I've been thinking about how some believe there's just one perfect match out there for each of us. Others believe your soulmate can be a platonic relationship too, someone you have a deeper connection with, or a natural understanding of each other's inner workings. And if that person does somehow end up being your life partner too, you win a toaster oven.

Say there is such a thing, call me a capitalist, but a trillion bucks to the first person who figures out how to find yours. So, let's get scientific and try to narrow down the search.

As of writing this, just a few days before you're reading it, the population of the planet was sitting at … wait, I don't know how to say this number (stay in school kids), it's a seven with nine numbers after it, is that seven, almost eight billion? Okay so it's a lot. And the internet says that the majority of these potential soulmates are located in China, India and surrounds. We'd better get our visa applications in.

What if your soulmate doesn't even speak English? Though I suppose that's impossible; the very definition of a soulmate is someone who metaphysically speaks your language.

And there's more math we can do to narrow the hunt down even further. If we assume that your soulmate is within the same general age group as you, then each of us is left with maybe just over half a billion potential mates. One in half a billion can't be that hard to find, can they? Though to be fair, I feel like I've been on dates with more than half of that already. But then I'm not even lucky enough to find a parking space in town, so what are the chances that my one in half a billion unicorn-person goes to the same stretch and mobilise class as me at Core Fitness, or will be behind me in the queue at Home Affairs tomorrow?

And then there's modern medicine to contend with. I'm no doctor, and I dropped out of ad school, so don't quote me on this, but does the soul even exist medically? Is it an organ or a ligament, or a network of muscles? And if so, where is it located? Behind the kidneys and to the right of the kishkes? Next to the appendix? Would medical aid cover it, if yours was broken, and you needed it operated on? What's the Discovery hospital authorisation code for that?

I don't think soulmates exist. I do, however, think that relationships that succeed more than others, exist

So, nah, I don't think soulmates exist. I do, however, think that relationships that succeed more than others, exist. And that well-matched couples who both work hard to keep their relationship together, exist.

And I believe that timing exists. Say you meet someone who is your perfect match, but you're still in high school. You both still need to study, travel, make a lot of bad decisions, get a stupid tattoo and a job, change your personality half a dozen times and go your own ways, before you're ready to commit and settle down.

Or what if you meet your soul-matey type, but you're already married with three kids, and your perfect person is heading off to a silent Buddhist retreat? Or what if you walk past each other a dozen times throughout your life, but you're both looking down at your phone every single time?

So, add to the fact that you have to not only find your right person, but you also have to find them at the exact right time and place in both your lives too. It's relationship algebra.

But I also believe that tequila and wine and whisky exist, and that helps create soulmates too.

Are these really the very best pictures - and bios - of men offering themselves for dates online, asks Paige Nick
Lifestyle
3 years ago