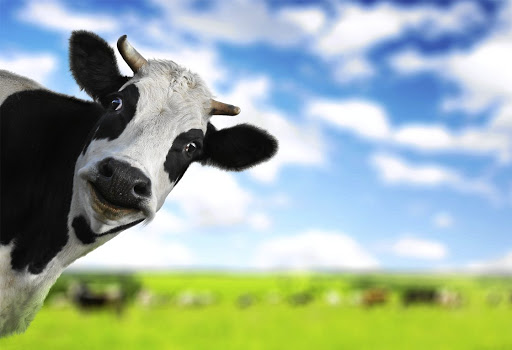 A new US study has found that beef jerky could have a significant impact on increasing manic episodes for sufferers of bipolar disorder.
Image: 123RF / MIHTIANDER

"Mania: The fast ideas become too fast and there are far too many ... overwhelming confusion replaces clarity ... you stop keeping up with it - memory goes. Infectious humour ceases to amuse. Your friends become frightened ... everything is now against the grain ... you are irritable, angry, frightened, uncontrollable, and trapped."

This is a description of bipolar disorder by an anonymous patient on the South African Depression and Anxiety Group website. According to the website, more than four million South Africans, which is 3% to 4% of the population, are affected by the disorder.

Now a new study conducted in the US has found that beef jerky could have a significant impact on increasing manic episodes for sufferers of the disorder.

About three in every 10 South Africans over 60 will need medication for mental health in the future.
News
3 years ago

Before you remind me that biltong is not the same as jerky, let's just say that if you're eating a cured meat product that uses nitrates as a preservative, it's pretty much the same thing for the purposes of this study.

Nitrates have also previously been linked to increasing risks of stomach and bowel cancers.

For the study, conducted among people being treated for psychiatric disorders at the Sheppard Pratt Health System in Baltimore, researchers found that patients who had eaten cured meats were three-and-a-half more times likely to exhibit signs of mania than those who had not.

While this doesn't serve as a concrete link between mania and that packet of garage biltong you picked up on your way home from the club on Sunday morning, further research conducted with rats points to a more reliable correlation.

The researchers, whose findings were published in the Molecular Psychiatry journal, took two groups of rats and fed one normal food and the other a piece of jerky every two days.

Two weeks later and the jerky-chewing rats began to display irregular sleeping patterns and getting way too excited too quickly. These are recognised signs of manic behaviour.

When they then decided to open up the jerky rats and examine their brains and stomachs, the team found "molecular-pathway changes" that appeared similar to those found in bipolar sufferers and, in all likelihood because of the nitrates in their diet, they had different kinds of bacteria in their stomachs than those of the non-nitrate eaters.

Last year, the World Health Organisation put processed meat, including chemically cured biltong, on its Group 1 list - which also includes tobacco and asbestos - of agents for which there is "sufficient evidence" of a cancer link. It said that chemicals, high-temperature cooking (such as braaiing) and increased nitrates are all suspects when it comes to cancer-causing agents.

The report also admitted that scientists have no real proof either way whether cheap, mass-produced processed meat is better or worse than refined, home-smoked or home-cured food.

Is your cappuccino giving you cancer?

Evidence shows that acrylamide, which is found in coffee, is probably a cancer-causing substance
Lifestyle
3 years ago

You might not want to stop chewing that tough, dry piece of nitrate-preserved meat strip you're enjoying just yet - because, as one of the leaders of the study told the Atlantic Monthly last week, the evidence is not yet sufficient to say unequivocally that bipolar patients should avoid nitrates.

What we can say, though, is that sometimes we all just have that garage biltong kind of feeling, which can be quite a downer if your usual MO is hanging out on the high street and chatting to your friendly local butcher while you choose that perfectly moist morsel.