Help! South Africans are being eaten alive by our stressful jobs

Doing more for less reward, constantly aware of the competition for jobs, we are working ourselves to death - but help may be at hand, writes Andrea Nagel 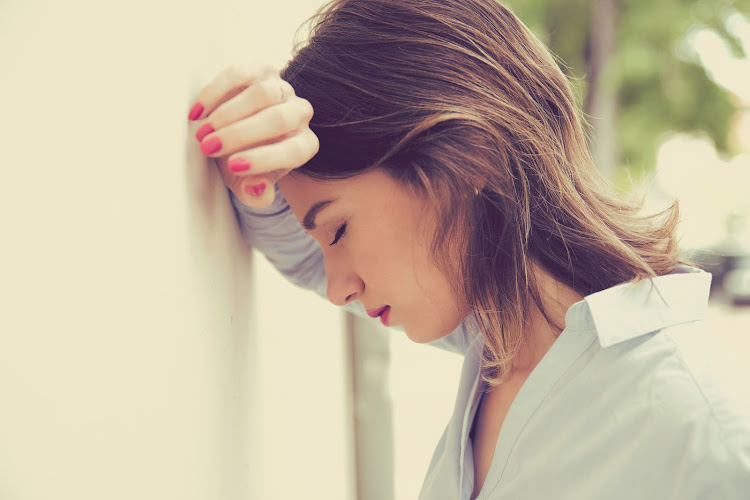 An Ikea report points out that lack of private space in offices means people struggle to find somewhere to have a fleeting moment of mental privacy.
Image: 123RF/sifotography

If I took the time to download a heart-rate monitor app onto my phone then every day, shortly after arriving at work, it would spike. It's the lift, you see. It's not there when I need it. It goes right past my floor at every opportunity, and in mutual spite, it colludes with its partner to skip the floor I'm on and travel in tandem to the very bottom of the building.

If it isn't the lift on the receiving end of my ire, it's the people getting in - the ones who stop it to travel just one floor, wearing flats, when I'm in a rush! The really awful among them hold it for their friends.

I experience similar extremes of emotion in traffic, or when the PR person phones for the fifth time in a day to ask if I'd read her e-mail, or when my colleague's ridiculous ringtone bores into my brain.

Work stress - it's killing me.

While we don't know what the job market will look like in 2050 as we hurtle towards mass automation, machine learning and robotics, stress around job security is circling like a vulture. So people are prepared to do more for less to protect themselves from becoming irrelevant in the job market, and stress levels are rising at an alarming rate.

Protect your income: how to future-proof your career

Will your job still exist 1o years from now? If you're in any doubt, follow these tips to ensure you maintain your relevance in today's ...
Lifestyle
3 years ago

Anyone who has a job in this climate of mass unemployment considers themselves lucky, despite the longer hours, greater demands, meagre downtime and fewer rewards that the workforce is getting used to.

We are faced with twin dilemmas. While there aren't enough jobs available for the population, for many professionals who do have jobs, work doesn't really stop. It follows us around on our smartphones and tugs on our conscience when we aren't giving it our full attention.

It's always there, taking over precious cognitive space, intruding into our slumber, encroaching on our limited moments of relaxation, colonising our relationships and stunting our creativity. If we let it, while we have it, work will happily take over all aspects of our lives, including our identity.

More than 40% of all work-related illnesses are due to stress, depression, burnout or anxiety

According to a World Health Organisation report on occupational health, the average adult spends a third of their life at work. More than 40% of all work-related illnesses are due to stress, depression, burnout or anxiety.

Dion Chang, trend forecaster and owner of Flux Trends, says that companies will soon have to face the reality of a worn-out workforce if they don't start coming up with ways to counteract this.

"What can businesses do to ensure their workforce helps build a future-focused company that can deal with the challenges of the 21st century?" he asks.

"Our workforce is terrified about what's going to happen to their jobs in the next few years," says Chang, "and politics and the state of the economy play into these anxieties."

Added to these pressures, work has become faster because of digitisation and the constant intrusion of devices. "Everything is on the phone. Work and play are only an icon away," says Chang.

"Work is consuming us," he says, adding that tech companies are engineering our addiction to devices. "It's the Silicon Valley business model - meaning that we are always online, always contactable and always being encouraged to get ahead by working more.

"And since companies are scaling back and workers are being retrenched, the ones who are left behind assume greater workloads. This is all having an effect on emotional wellbeing and mental health, and companies are starting to lose productivity as a result."

Chang says that South Africans rank lowest on the global benchmark for happiness and many young people report being constantly lonely. He also mentions the alarming lack of private space in the workplace and quotes from an Ikea report on life in the 21st century suggesting that people will sit in the car or in the bathroom to find fleeting moments of mental privacy.

Despite the constant barrage of people in our lives, social isolation is so widespread that in January the UK's Theresa May appointed a minister of loneliness. It's not surprising - the BBC conducted a loneliness study in which 55,000 people worldwide took part. The results showed that Generation Zs (digital natives, the YouTube generation), were the loneliest. This costs employers billions annually, according to consumer co-operative CO-OP, as the stress and anxiety of being lonely lead to depression and lack of productivity.

Why loneliness is a grave problem

First it was smoking. Then HIV. Next, obesity and lifestyle diseases. Now loneliness is being flagged as the major new threat to people's health and ...
Lifestyle
4 years ago

Statistics also suggest that women are likely to suffer from depression due to something Chang calls "bombardment stress" - increased workload and lack of me-time, plus the complexity of our lives and the abundance of information as we're assailed by a mass of contradictory opinion and advice.

Added to all this, many offices aren't healthy. Contributors to work stress include sick buildings due to pollution, open-plan design leading to lack of concentration, and use of headphones, which, ironically, cuts out communication.

SO WHAT ARE THE SOLUTIONS?

Stress and mental fatigue are becoming health and safety issues, and workplaces worldwide are being encouraged to deal with the problem. One thing Chang suggests is a financial wellness day off - a monthly paid leave day to sort out your finances. And, don't laugh, many companies are instituting this as part of their benefits.

An American study by Alight, a benefits administrator, found that nearly 60% of employers in the US are likely to expand financial wellness programmes. Going a step further, some companies are even offering fiscal health programmes to their employees to help create and maintain a less-stressed workforce.

Chang also suggests that companies should consciously deal with toxic behaviours to reduce work stress levels. These include interpersonal relationships at work, bullying in the workplace, lack of recognition, isolating behaviours and how to cope with increased workloads.

A further solution is Nudge Theory - a points system used to reward people for doing things that benefit the company and themselves, though there are dangers of taking it too far, to the point that it becomes a kind of psychological manipulation.

While some companies are endorsing a financial wellness day off, others are, according to Chang, trying the offer of a travel stipend to reduce employees' stress levels.

"Subsidised holidays are becoming a trend," says Chang. Airbnb, Glassdoor's Best Place to Work in 2016, gives its employees an annual stipend of $2,000 (R28,000) to travel and stay in an Airbnb listing anywhere in the world.

Research from the National Sleep Foundation shows that insufficient sleep affects half of the world's workforce, losing them billions of dollars in reduced productivity. Some companies are starting to endorse napping in the workplace. The Huffington Post has two rooms designated for napping in its New York City offices.

MetroNaps manufactures napping chairs designed for office use. Since its founding in 2003, it has sold nap pods to companies such as Google and Procter & Gamble. Uber has nap rooms in its San Francisco headquarters, as does ice-cream maker Ben & Jerry's.

"The room itself is part of the larger corporate culture and the company's belief that a happy employee is a productive employee," said a spokesperson for the company.

To lower the demands on new parents, Spotify offers six months of paid parental leave, plus one month of flexible work options for parents returning to the office. The company also covers the costs of egg freezing and fertility assistance. Netflix offers one paid year of maternity and paternity leave to new parents. It also allows parents to return part-time or full-time and take time off as needed throughout the year.

Salesforce.com, Inc, a US cloud computing company headquartered in San Francisco, was ranked first in Fortune's 100 Best Companies to Work For this year. Employees get six days of paid volunteer time off a year to use to volunteer at a school or build houses in remote parts of the world. Its employees are encouraged to use their time off to make the world a better place in whatever way they choose.

If none of these works for your company, Chang suggests Dark Therapy - seven days or longer in complete darkness with no stimuli at all - as a last resort. With little else to capture its attention, the mind goes to places it's not normally allowed to wander to, though some who've tried it remain afraid of the dark, traumatised by the experience.

Digital nomads: what it’s really like to work while travelling the world