Is alcohol bad for you? It depends on the drink & how you drink it

In moderate doses, alcohol is more of a medicine than a poison, writes Richard Hoffman 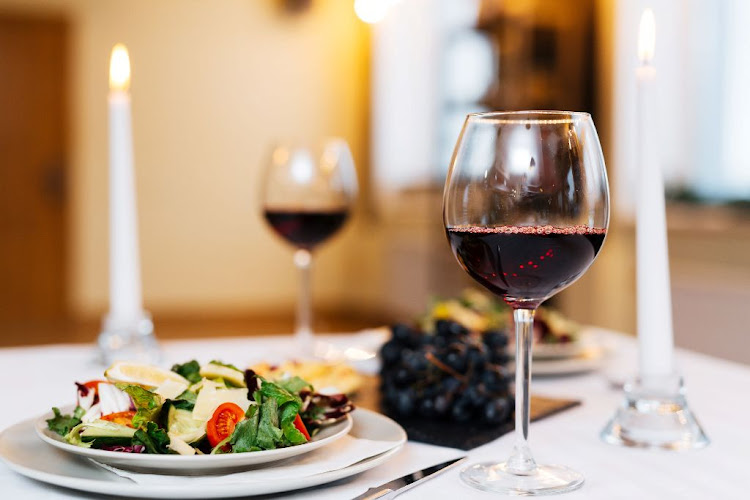 The Mediterranean diet and moderate amounts of wine are a good match.
Image: 123RF/Pressmaster

Recent headlines claim that a glass of wine or a pint of beer a day shortens your life. It’s enough to dampen any thoughts of a celebratory drink or two in the New Year. But those conclusions are based on a partial view of the alcohol debate.

No one disputes the fact that many people drink too much alcohol. The controversy centres on whether even low levels of consumption are safe. There is now good evidence that the risks versus benefits of alcohol are strongly influenced by the type of alcohol and the way it is drunk. Yet many studies have not included these factors when making recommendations about safe levels of alcohol consumption. So can you drink alcohol in a way that is safe or even beneficial?

The data seems to say “yes”. When drinking is spread out over the week, death from any cause is lower than when the same amount of alcohol is drunk on only one or two days of the week. The way alcohol is consumed matters because spikes in blood alcohol concentrations are far higher from binge drinking.

Above a certain blood alcohol concentration, the body breaks down alcohol in ways that produce harmful molecules called free radicals that can damage the liver and are associated with an increased risk of cancer. But, unfortunately, many alcohol studies are based on the overall amount consumed in a week – they don’t distinguish between different drinking patterns.

Drinking with a meal also has a big influence on the health effects of alcohol because food slows the emptying of the stomach, which lowers the blood alcohol concentration. And when alcohol is consumed as part of a Mediterranean diet, it seems to carry far less cancer risk than most other ways of consuming alcohol.

When alcohol is consumed as part of a Mediterranean diet, it seems to carry far less cancer risk than most other ways of consuming alcohol

This can be explained, at least in part, by nutrients that are present at high levels in the Mediterranean diet, such as folates, which reduce the carcinogenic effects of alcohol. It is now widely accepted that the health effects of an individual food or nutrient can only be evaluated within the context of the overall diet. But that understanding is sometimes lost when drawing up guidelines for alcohol consumption.

Drinking low amounts of wine is usually found to reduce the risk of an early death more than not drinking or drinking other forms of alcohol. A unit of alcohol in wine drunk slowly with a meal results in lower blood alcohol concentrations than a unit of alcohol taken as a single swig of spirit on an empty stomach.

It is not yet understood whether the benefits of drinking wine – and especially red wine – are due to this more leisurely way of drinking or to wine’s many antioxidants (substances believed to protect cells from damage).

Some public health experts strongly believe that to prevent harm from misuse, alcohol should be declared a drug of abuse. But, when taken in moderation, alcohol reduces cardiovascular disease, and possibly dementia. So it may be more appropriate to view alcohol as if it were a pharmaceutical drug.

It would be rather odd to be prescribed a course of medicine without it being made clear that only a few tablets should be taken each day – not all of them on a Friday night, which would turn a beneficial drug into an extremely harmful one. Similar precautions also need to be employed to benefit from alcohol.

Most nutrients, from saturated fats to many vitamins, have safe upper limits, and exceeding those limits can be harmful. These limits reflect the body’s capacity to safely metabolise the nutrient. The dose makes the poison.

Of course, some people, such as pregnant women and people who produce high levels of the cancer-causing substance acetaldehyde when they metabolise alcohol, should avoid alcohol altogether. Binge drinking is also rightly condemned as harmful. But the current evidence suggests that for those who choose to drink, the benefits from moderate meal-time drinking (wine with a Mediterranean-style meal, preferably) outweigh the risks.

Making a clear distinction between binge drinking and moderate meal-time drinking can help clear up the confusion and allow alcohol its appropriate place in a healthy lifestyle.

• The author of this article, Richard Hoffman, is a lecturer in Nutritional Biochemistry at the University of Hertfordshire in the UK.

You may want to gaze at (not only into) your wine glass this Christmas and contemplate a sobering fact: the size of wine glasses has increased almost ...
Lifestyle
4 years ago