Scientists studied 180 couples, who were believed to have infected each other. They  studied the genetics of the HIV virus, who infected who and how the virus changed. They worked out when and how those involved in the study contracted HIV.

The results were announced at the International Aids Conference in Mexico City.

"These results confirm that young people contribute disproportionately to HIV transmission in sub-Saharan Africa, especially 25- to 29-year-old men, suggesting an urgent need to scale up testing and treatment programmes aimed at this demographic," said the conference press release.

Held every two years, it's the world's largest HIV conference.

It featured a study conducted in Yeoville and Hillbrow by the Wits Reproductive Health and HIV Institute, led by Professor Francois Venter.

The study, called Advance, tested a new ARV drug, Dolutegravir, to be rolled out in SA in September in the public sector. It is cheaper and harder to develop resistance to.

The drug was investigated because scientists have to ensure it is at least as good as current ARV treatment, as changing medication will affect millions of people living with HIV.

However, the study found that the drug could lead to weight-gain.

Venter explained that Dolutegravir's use abroad had shown it had fewer side-effects and very low rates of resistance to it.

This is important, as there has long been concern about "rising transmitted drug resistance" in SA to ARVs, explained the Wits press release.

Rising drug resistance to HIV means people need more expensive, new ARV drugs or they die from Aids. If people contract drug-resistant HIV, they are also unresponsive to treatment from day one. 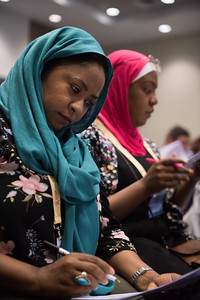 The fact that it is so hard to develop resistance to means Dolutegravir could prevent South Africans from needing more toxic, expensive drugs.

The money saved, said Venter, could be used to increase the number of people on ARVs.

"This means the country can meet the UNAIDS and the SA Department of Health 90-90-90 targets, where 90% of people living with HIV know their status, 90% are on medication and 90% have their virus suppressed, meaning they are not infectious."

But Hillbrow patients on Dolutegravir put on  five kilograms over 48 weeks. This has not happened in Europe and America, where the drug has been used widely.

In terms of the effects of weight-gain on health, "we didn't see any change in cholesterol or diabetes or blood pressure, but it may be too early. But, yes, we are worried." he said.

The data generated from Advance was shared with the department of health, the South African Health Products Regulatory Authority, the Food and Drug Administration, European regulators and the World Health Organisation, to inform local and international HIV treatment guidelines.

Venter's study also looked at why people in Yeoville and Hillbrow stop taking ARV medication and found it was mainly related to social and personal factors, rather than side-effects.

"People who were employed or older tended to be able to stay on treatment."

The conference also featured a study that showed 600 people in Paris took ARVs four days a week instead of seven, and remained healthy. They were closely monitored.

The results could suggest different ways of administering treatment in future.

All those in the study started the shorter "maintenance-therapy" treatment when the virus was suppressed (not replicating) and under control from a daily regimen.

Young men 'must change attitudes' in the fight against HIV/Aids

If SA is to win the battle against HIV/Aids it needs young men to change their attitudes towards HIV testing and treatment.
News
2 years ago

SA is making huge advances in the fight against the HIV/Aids epidemic.
News
2 years ago

SA’s leading Aids researcher and scientist Prof Salim Abdool Karim was inducted as a fellow of the prestigious science academy, the Royal Society, on ...
News
2 years ago