Taking low doses of psychoactive drugs is being touted as a way to treat everything from chronic pain to depression, but the research to prove it is seriously lacking, writes Sanet Oberholzer 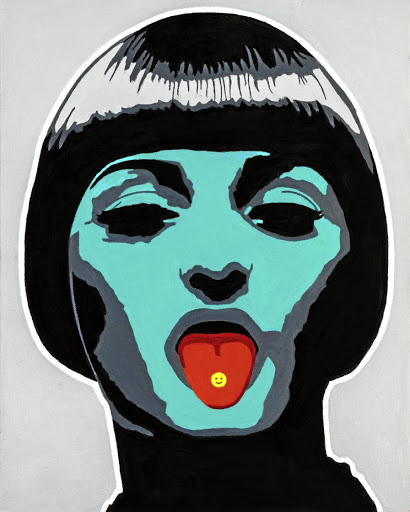 People who microdose may choose to do so every day but typically do so two to three times a week.
Image: 123RF/Fotoluminate

Patricia* sits across from me on a lovely spring afternoon. Wearing a floral dress, she orders a plate of nachos and answers my questions in a calm, collected manner - lucid in all respects.

"I'm not going through a depressive period at the moment but I thought I'd like to take something to even things out a bit."

We're meeting to discuss microdosing, something she's been doing for three months. She first heard about microdosing from a friend who put her in touch with their supplier and, so far, she says it's going well.

She describes herself as someone who is highly strung and gets stressed out easily. She's also suffered from depression and insomnia in the past. "It is hard to measure the effects but I do feel calmer in general. I've found I'm less inclined to get worked up into an emotional state."

While there have been many recent changes in her life, she says she's able to manage better compared to this time last year. "I was on anti-depressants before. I think the medication dulls things so that you lose your spark whereas I haven't found that [with microdosing]", she says.

Microdosing involves ingesting small amounts of psychoactive drugs, typically LSD or psilocybin, the active compound found in magic mushrooms. A microdose can be as small as one-tenth or -twentieth of a standard recreational dose, small enough to trigger the drug's effects on the user's mood or creativity levels without sending them on a hallucinogenic trip.

In recent years, microdosing has grown in popularity and has been hailed by Silicon Valley tech types as a means to increase productivity and creativity. It's also been touted as a way to treat everything from chronic pain or headaches to depression and anxiety.

People who microdose may choose to do so every day but typically do so two to three times a week. Patricia takes her microdose twice a week in the morning, once on the weekend and the other time during the week. When she takes her capsule of mushrooms during the week, she says it doesn't interfere with her normal functioning at all.

But, of course, microdosing comes with its own challenges. Both LSD and magic mushrooms are illegal in SA. This makes them hard to find and difficult to regulate their quality and strength when you do find them, which makes toeing the fine line between heightening your senses and tipping the scale into unfamiliar territory that may evoke anxious feelings or, worse yet, a bad trip, tricky.

Patricia contacts her supplier on a secure messaging system. She was sent literature to read on the topic and they had a consultation about why she wanted to start microdosing.

"It was made very clear to me that this is not a silver bullet and you need to, as with any emotional or psychological issue, take care of yourself and your body in every respect."

Her supplier followed up with her in the beginning and made sure she knew how to contact them should she feel the need to. She does feel that not all suppliers are as legit or caring as her current supplier, which is why she says going on personal recommendations is the best option for her.

When it comes to understanding the benefits or dangers of microdosing, most of the available research on the topic of microdosing is anecdotal.

A study published in the peer-side reviewed journal, PLOS ONE, in February this year tracked the experience of 98 people who were already microdosing. According to the study, microdosing has been presented in glowing and positive terms in the media and this "may have led to a perception of microdosing as a general panacea that is able to improve virtually all aspects of an individual's life".

The study's analysis of pre-and post-study measures revealed reductions in the participants' reported levels of depression, stress and distractibility but an increase in neuroticism. According to their findings, "popular accounts of the effects of microdosing may not match the experience of long-term microdosers".

The researchers called for future studies to investigate the impacts of microdosing on improved mental health, attentional capabilities and neuroticism.

While research in the field is seriously lacking, the impact of microdosing is currently being explored at Imperial College London in the world's first placebo-controlled study of microdosing. At the very least, future research needs to focus on the potential and potential risks of the practice.

People are putting marijuana into everything and extolling its wonderful health properties, but the experts advise caution
Lifestyle
3 years ago