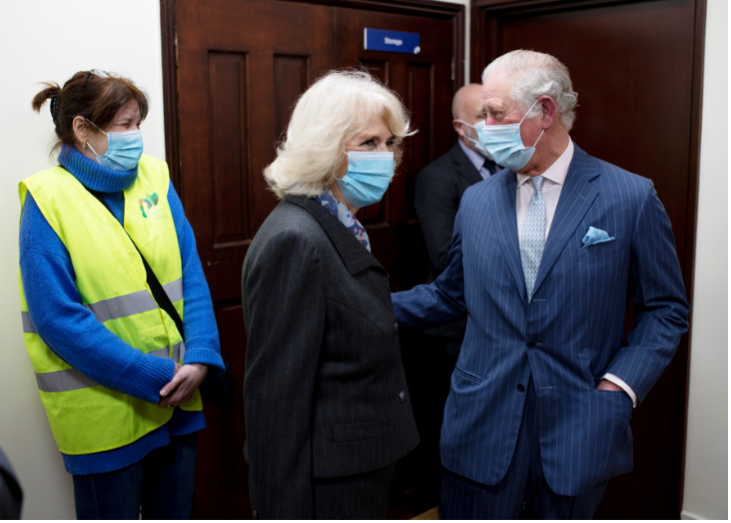 Camilla, Britain's Duchess of Cornwall and wife of heir-to-the-throne Prince Charles, said on Tuesday she received the AstraZeneca shot when she had her first vaccine dose.

On a trip to a vaccination centre in north London, Camilla, 73, said she had received the AstraZeneca vaccine and had not been concerned whether she received that or another shot made by Pfizer and BioNTech.

"I don't even ask because I hate injections so much that I shut my eyes ... so whatever comes out," said the duchess, who was vaccinated along with her 72-year-old husband last month.

Her comment came after the AstraZeneca vaccine was suspended by 13 countries across the European Union and several national regulators expressed safety worries about blood clots.

The European Medicines Agency is investigating reports of 30 cases of unusual blood disorders among 5 million recipients, but said it itself did not see a reason to change its recommendation that the AstraZeneca vaccine remained safe.

More than 24 million people in Britain have so far received their first dose, with over 11 million having received the AstraZeneca shot.

Prime Minister Boris Johnson's spokesman said on Tuesday there was no evidence that blood clots were any more likely to occur after people had been given the AstraZeneca vaccine, citing the view of Britain's medicine regulator.

Prince Philip, the 99-year-old husband of Queen Elizabeth, returned to their Windsor Castle residence after leaving hospital on Tuesday, a witness ...
Lifestyle
1 month ago
Next Article