Alter your mind about shrooms: Could they be magical for mental health? 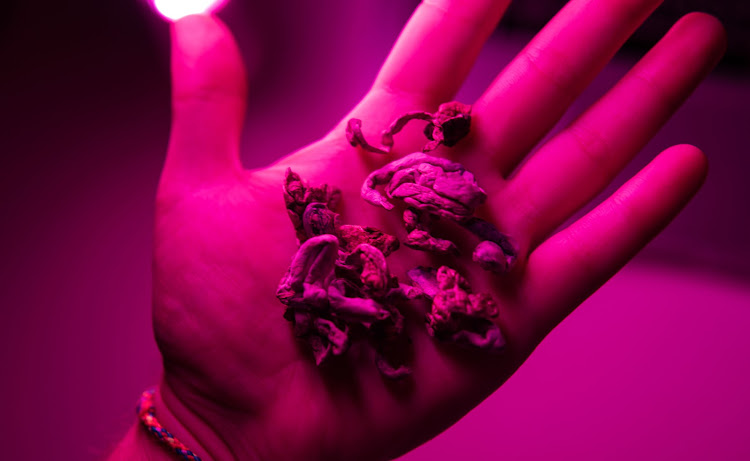 Psilocybin mushrooms were celebrated as potential breakthrough substances until they became associated with the 'dangerous' counterculture of the 1960s.
Image: 123RF/kirillvasilevcom

It's time to get to grips with psychedelics. Magic mushrooms are the safest "recreational" drug to take and those who take them are the most sensible and well prepared, according to the 2017 Global Drug Survey.

In the South African context, that means psilocybin is safer for humans to consume than dagga, and, in the wake of cannabis decriminalisation, it begs the question, is psilocybin next?

The use of psilocybin in a therapeutic setting is on the cusp of achieving mainstream medical status in the US, where the Food and Drug Administration has granted psilocybin "breakthrough therapy status", putting it on the fast-track to legality as a medicine for mental health. Psychedelics will be a legal medication for mental health in the US within the decade.

Until then, otherwise law-abiding individuals are dabbling in the recreational or therapeutic use of psilocybin. You'd be surprised how many thought leaders, doctors, lawyers, CEOs, teachers, artists and scientists have turned to psychedelics as a short cut to spiritual growth, or as a treatment for mental health problems. Everyone from the late founder of Apple, Steve Jobs, to musician Harry Styles has attributed some of their creativity, or inventiveness, to psychedelics.

In SA, people wanting to explore the therapeutic benefit of psilocybin must procure it illegally, or rely an underground movement of self-styled healers and "journey guides".

"Shroom granny" Monica Kromhout (arrested for possession and distribution of psilocybin in 2016), is challenging the drug's status as a class one drug in the high court, arguing that scientific evidence shows its benefits as a therapy far outweigh the potential for harm.

There are no reported cases of death caused by psilocybin ingestion alone in healthy adults, though the drug can cause psychosis

Psilocybin mushrooms have been part of religious rituals for thousands of years. The Aztecs referred to the mushroom as teonanácatl, or "God's flesh", in homage to what was believed to be its sacred power. The active compound acts on serotonin receptors in the brain and induces a variety of effects. It seldom, if ever, causes addiction (indeed, advocates report it is more likely to cure addiction than cause it).

Psilocybin mushrooms have low toxicity, and death from overdose is rare. A 2016 survey found that out of more than 12,000 users who took psilocybin, only 0.2% reported emergency medical treatment. That rate is five times lower than MDMA (Ecstasy) and cocaine.

There are no reported cases of death caused by psilocybin ingestion alone in healthy adults, though the drug can cause psychosis, especially when mixed with other substances, or if used by someone with a history of bipolar or psychosis.

These drugs, once celebrated as potential breakthrough substances, were suppressed in the latter 20th century because of their association with the "dangerous" counterculture of the 1960s. Their renaissance in Western society comes as the Western world begins to embrace the importance of self-development and growth work.

This kind of work, pioneered by original "navigators of the mind" Aldous Huxley and Timothy Leary, introduced inner journeying though and syncretism of eastern spiritualty (meditation, breathwork and fasting), indigenous religious practices (such as ayahuasca, and the importance of set and setting) and psychotropic drug use. The combination of these practices enabled us to hurtle ourselves past the frontiers of consciousness, after neglecting these kinds of investigations for most of our history.

Could magic mushrooms heal South Africans with racial trauma? Based on a new study, the answer could be yes
News
1 year ago

What we found there has been confirmed by neuroscientists — the use of psychedelics in conjunction with conventional psychology is an effective treatment for mental health problems, including mood disorders and treatment-resistant depression.

James Fadiman, considered the father of micro dosing (ingesting very small doses of psychedelics on a semi regular basis), set out the ways in which psychedelics can be used to support mental health and personal development in The Psychedelic Explorer's Guide.

His research shows that a higher dose of psychedelics is best used by those wishing to have a spiritual experience, which is usually through the terrifying-sounding experience of ego dissolution. At moderate levels, there is a therapeutic effect caused by the interaction between the psychedelic and the default mode network in our brains. This is usually described as "your brain making new pathways", which may present long-term, sustainable treatments for disorders like anxiety, depression and post-traumatic stress disorder.

At lower doses, those typical of a micro dose, psychedelics have no physical or hallucinatory effects

At lower doses, those typical of a micro dose, there are no physical or hallucinatory effects, but studies show an increased capacity to problem solve, increased creativity apparently caused by new neural connections and increased empathy, through the much documented experience of interconnectedness that's a hallmark of the experience of a psychedelic.

It's worth mentioning Michael Pollan's book How to Change Your Mind, which ought to be mandatory reading for anyone who finds this topic interesting. In it, Pollan cautions: "The history of psychedelics has been marked by periods of both irrational exuberance and equally irrational stigmatisation."

These are not benign substances. There are extremely challenging experiences to be had. Pollan again: "In some ways, psilocybin is a remarkably safe drug — there is no known lethal dose (something that can't be said for many medicines sold without a prescription) and it is nonaddictive.

"But there are risks, both practical and psychological, and these can be serious. Someone on a high dose of psilocybin is apt to have badly impaired judgment and, unsupervised, can do something reckless. People can have absolutely terrifying experiences."

It’s all irie in the US of A, where some are getting spliffs, shrooms and buckaroos

Taking low doses of psychoactive drugs is being touted as a way to treat everything from chronic pain to depression, but the research to prove it is ...
Lifestyle
2 years ago