Enjoy your bevs almost as much as your workout? Here's why 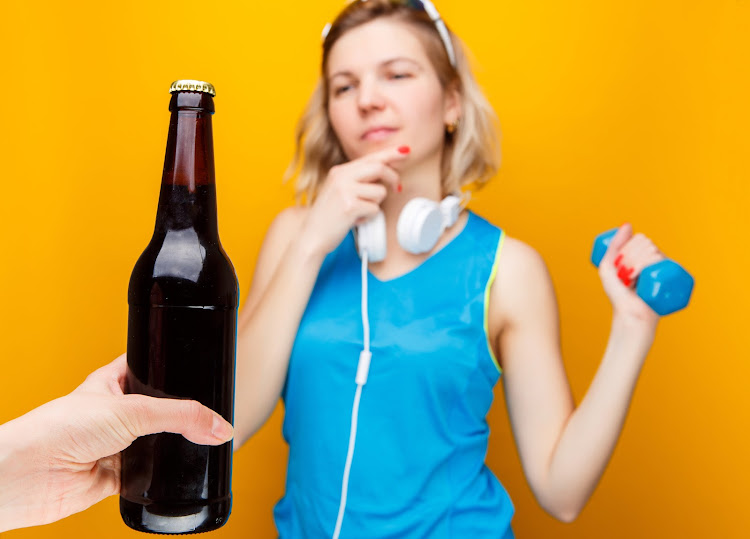 The fitter you are, the more likely you are to drink more, a study has found.
Image: 123RF/snedorez

Enjoy your tipple almost as much as working out? There may be a reason for that, according to a new study.

The study, Fit and Tipsy?, published in the Medicine & Science in Sports & Exercise journal, found that the fitter people are, the more they tend to drink.

In the study, researchers did a cross-sectional study of 38,653 apparently healthy US patients who visited the Cooper Clinic for preventive medical examinations and enrolled in the Cooper Center Longitudinal Study.

The latter study looks at cardiovascular health and its relationship to various behavioural factors and other medical conditions, according to the New York Times.

"I never realised how much my body transformed. I’ve always loved my body. I decided to take it to the next level with my fitness lifestyle."
TshisaLIVE
3 months ago

Researchers also completed extensive questionnaires about their exercise and drinking habits and whether they worried about their alcohol intake, according to the site.

The results showed that “women within the moderate and high fitness categories had greater odds of moderate/heavy alcohol consumption, respectively, in comparison to their low fitness counterparts.

“Similarly, moderate and high-fit men had greater odds of moderate-to-heavy alcohol consumption, respectively, in comparison to the low fitness group.

The study also found that “among men who were heavy drinkers (but not women), higher fitness levels were related to lower rates of suggested alcohol dependence. Specifically, these men had 45.7%, 41.7%, and 34.9% proportions of clinically relevant alcohol problems across low, moderate, and high fitness categories”.

Relationship on the skids? It’s time to hit the gym together

What exercise gives me the most bang for my buck?

With any workout you choose, the most important thing is doing it correctly
Lifestyle
9 months ago

Device workouts are the most effective way to encourage exercise during the pandemic, study finds
News
7 months ago