Not so fasting: Why time-restricted eating may not aid weight loss 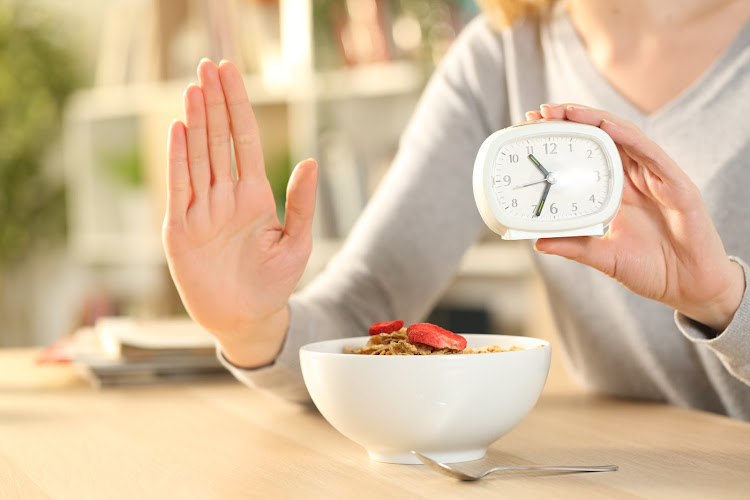 A new study has shed light on the benefits of eating only during a specific time period. Stock photo.
Image: 123RF/pheelingsmedia

Fans of diets restricting eating to certain time windows, or rather intermittent fasting, are in for a shock as new research has debunked the effect this type of dieting has on weight loss.

A new study, titled “Calorie Restriction With Or Without Time-restricted Eating In Weight Loss”, has found that “time-restricted eating was not more beneficial in weight loss than daily calorie restriction” alone.

In the study, published in The New England Journal of Medicine, researchers randomly assigned 139 obese patients to either time-restricted eating, meaning they ate only between 8am and 4pm, with calorie restrictions or only daily calorie restrictions.

The study was led by researchers at Southern Medical University in Guangzhou, China, according to the New York Times.

Salt in moderation, but now on to black pepper: healthy or not?

The primary outcome was the difference between the two groups in the change from baseline in body weight. Secondary outcomes included changes in waist circumference, body-mass index (BMI), amount of body fat and measures of metabolic risk factors, according to the study.

After 12 months, “the mean weight loss from baseline was −8.0kg in the group following a time-restricted diet and −6.3kg in that only on daily calorie restriction.

“Changes in weight were not significantly different in the two groups at the 12-month assessment,” researchers found.

This meant that a “regimen of time-restricted eating was not more beneficial with regard to reduction in body weight, body fat or metabolic risk factors than daily calorie restriction”.

Researchers think that the relationship between weight loss and fasting may just be a function of eating less in the limited time period than what one would normally eat over many hours.

The UK hopes to fight a diabetes epidemic with a food labelling law, but many are sceptical that it will do any good
World
2 months ago

"I never realised how much my body transformed. I’ve always loved my body. I decided to take it to the next level with my fitness lifestyle."
TshisaLIVE
3 months ago

Wanna lose weight? The secret to success is in food, says Unathi Nkayi

After losing weight and maintaining her hot body, singer and radio personality Unathi Nkayi has shared tips for others inspired by her health journey.
TshisaLIVE
4 months ago