‘Boys don’t cry’: What is the state of male wellbeing?

We chat to Dr Mike Kelly, CEO of the Institute of Wellbeing, London, about damaging concepts of masculinity and how to prioritise your mental health Cowardice is a massive burden to be saddled with. Stock photo.
Image: 123RF/ unitysphere

Dubbed the “shadow pandemic” by experts, the decline in male mental health is a cause for concern. So what’s the solution? The answer could lie in dismantling outdated narratives and creating safe spaces for wellbeing to thrive — Dr Mike Kelly shares more.

How do you think the concept of masculinity has changed over the years and what parts of this evolving narrative have shaped wellbeing today?  In my view masculinity or femininity has not changed, it simply is what it is in its purest form.  That said, how we live out our lives has changed; therefore, the concept of masculinity could have changed as we have changed.  If you look at masculinity, it is conventionally regarded as male, however, many women carry masculine traits, features and behaviours.

Similarly, the opposite is also true for men.  I look at masculinity and femininity as energy that fits inside of a male or female human body and can be expressed accordingly and individually.  The concept of being masculine has been rooted in humans and we typically call that socialisation.  This is where society ‘tells’ us what a man should be, how he should behave and how he should live his life.  Historically men were the hunters, were visionaries, driven, the industrial workers, the professionals, the head of the home, the protector and more importantly the breadwinner.  Over the last 70 years women have taken on many of the roles that men used to do and arguably in many cases have done a better job. 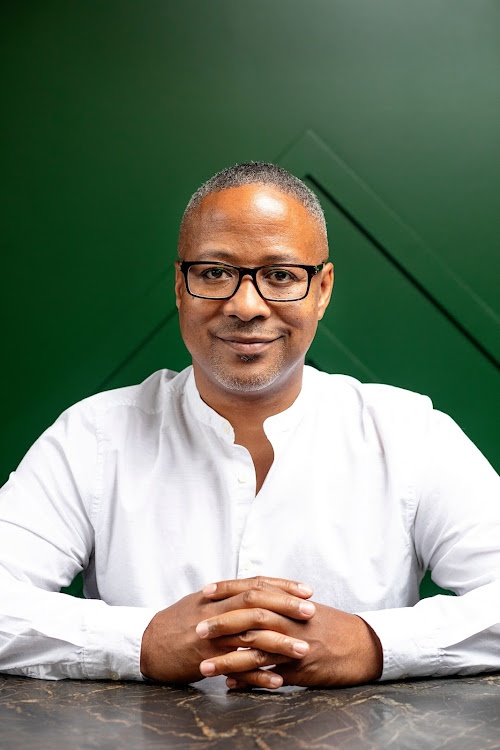 Dr Mike Kelly, CEO and founder of the Institute of Wellbeing in London.
Image: Supplied

That said, we have to differentiate the facts against the feelings. In many cases, men are healthy, flourishing, committed, not on drugs or in jail or absent from their children, and unfortunately, these men are hardly talked about. They don’t make case studies and they are certainly not celebrated.  Society has over a period of time seemingly preferred to present the worst-case scenarios as dogmatic expressions of what men have become.  Let us consider the fact that wellbeing on a whole has been affected and if the life chances of a male are thwarted then it is usually correlated to his life outcomes.

Why do you think we are seeing such a steep rise in male suicide rates and the general feeling of “men are not okay” now more than ever?  The cause for these rises is uncertain, however, the data shows a correlation in increases in a range of risk factors including unemployment, divorce, substance misuse and income inequality.

In countries like Australia and England, where a few years ago they experienced a reduction in suicide after a constant rise for 50 years, they attributed the reductions to key risk areas such as reduction in unemployment, having antidepressants available and a rise in therapy interventions.  Once again society has a pivotal role to play. Has the expectation of what being masculine or male is taken a turn down a dark alley, where the inflated expectations can’t be met by many?

How have the concepts of “toxic masculinity” and “fragile masculinity” contributed to a poor sense of wellbeing and worth in men?  Toxic masculinity was originally a term used to help men who were badly conditioned by society.  In modern society the term is used to describe the exaggerated masculine behaviours that many cultures, traditions and groups have widely accepted as a way that belongs to males.

This harmful concept of masculinity has morphed into everyday language and psychology and places a skewed perspective of priority and importance of manliness based on physique, strength, lack of emotions, independence, dominance, sexual prowess, authority and money.  As stated, masculine in not just being male, therefore a woman can possess toxic masculinity and not find a man in sight to blame for her intrinsically driven behaviours.

A vulnerability guru on what it means to be human

In her new book, 'Atlas of the Heart', Brené Brown offering readers tools for expressing and understanding more than 87 emotions and experiences
Lifestyle
2 weeks ago

Do you think the “shaming” or  stigmatising of men who have strong emotional wellbeing or sayings like “boys don’t cry” has been contributed to the decline in men’s mental wellbeing or is there more to it?  Having good emotional intelligence and a good sense of wellbeing is nothing to be embarrassed by. In fact, it is a measure of success for your future life.  We have to be careful of old sayings that bear no relevance or truth to the being.  Boys cry and girls cry too.

Where did those sayings come from? Were they from oppressors or are they outdated Victorian statements? Obviously a boy who is taught to be tough and show no emotions actually struggles later in life where emotional expressions and sensitivity are required. The beauty about this position we find ourselves in is that we can change the narrative and perform emotional hygiene that will rewire our perspectives so that those around us experience the best environment that is conducive to change, improvement and growth.

It is believed that men are less likely to be open about their mental health struggles. Are there any common telltale signs that one can look for that signal a compromised state of wellbeing? “According to whom?” is a lovely term that I use as a filter when interacting with common notions.  It depends on what context or lens you are looking through. Men might not go to the physician or therapist but they might say how difficult things are to friends while at the bar, at work, on the football pitch or even at the altar.

Are we listening or has our perception and ears become so dull that we no longer observe the struggle or the tension?  Are we so expectant of the bravado that we don’t want to see the sensitivity? Are we guilty in perpetrating the non-disclosure?  Safe spaces are required. They don’t have to be clinical – just safe. They can start right where you are.

Men might not go to the physician or therapist but they might say how difficult things are to friends while at the bar, at work, on the football pitch or even at the altar.  Are we listening?

Keep your mental health in check by adopting these wellness practices and tools:

5 OF THE BEST: MENTAL-HEALTH HELPERS 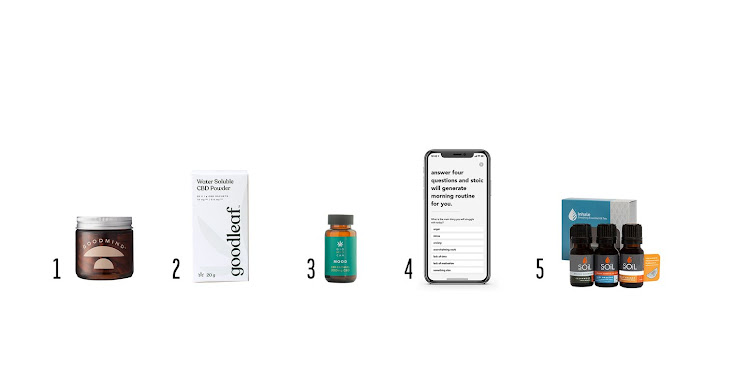 Our top picks for mental health helpers to add to your arsenal.
Image: Supplied

How your eyes can determine how masculine or feminine you are

New research is linking how people view masculinity and femininity to the "sclera" or the whites of people's eyes.
Lifestyle
1 month ago

It's all foggy on the gender-wars front

Does anyone have any clue where they stand on the gender spectrum these days?
Lifestyle
2 months ago

'Toxic masculinity is the problem': Siv Ngesi on how pole dancing can liberate men