From personalised vitamins to medicinal mushrooms and a range of products drawing from African traditional medicine, here are three new supplements 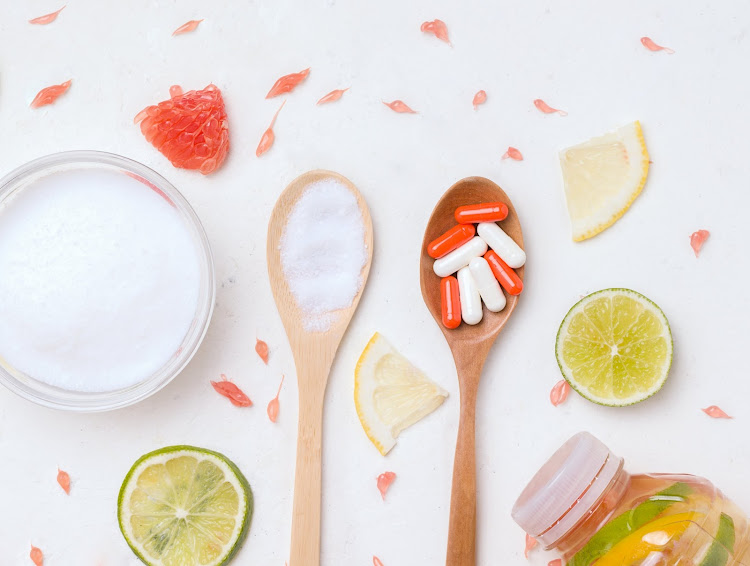 Wellness is the mood of the moment.
Image: 123RF/marharytafa

Wellness is the mood of the moment and while there is no shortage of supplements, treatments and activities to boost your health and morale with, we’re always keeping an eye out for the latest trends. Turning our eye to supplements, we’ve sought out three exciting new products.

Health supplements don’t get much more personalised than VitaminMe, a vitamin range coupled with personalised supplement recommendations that have been designed to prioritise health from the inside by giving your body all that it needs.Not sure what you need? Take an online assessment which will generate a personalised report with recommendations based on your answers and areas you want to focus on, or book a free 20-minute consultation with a dietitian. Some of their bestselling products target hormone balance, hair health and skin clarity.

If you think medicinal mushrooms, your mind may go to magic mushrooms. But a number of mushrooms have medicinal properties — without being hallucinogenic. Michele Carelse, founder and CEO of online health and wellness store Feelgood Health, explains that these mushrooms have been used for thousands of years in African, Asian and North American traditional medicine.

Now — thanks Covid-19 — I’m all over it and there’s no end to books on the subjects. I just need them rolled into one
Opinion & Analysis
4 months ago

The people behind Muti Shrooms have tapped into this idea to create a range of vegan medicinal mushroom capsules: seven of the most popular mushrooms — each marketed as having overall health benefits and a specific therapeutic effect — and six combinations of mushrooms. Carelse says a popular Muti Shroom product is the Uplifted variety which contains a blend of lion’s mane, cordyceps and red reishi — three medicinal mushrooms that target emotional wellbeing, energy levels and a strong immune system.

African traditional medicine is rooted in thousands of years of practice and the biodiversity of Africa’s plant life. “Many people do not realise that the biodiversity of African plant life is far superior to that found anywhere else in the world, making African herbal medicine extremely effective for many conditions and health needs,” says Carelse.

Deciding to celebrate the abundance of medicinal herbs that have traditionally been used throughout Africa, South African company Inala Health have launched a range of  10 natural and vegan herbal remedies in capsule and tincture form that target a particular health need. Ingredients include artemisia (believed to support a strong immune system), buchu (for its detox effects), hoodia (which has appetite suppressant properties) and sutherlandia — commonly known as cancer bush.

• For medical advice, consult with a doctor.

Everyone else is doing it, so please God let me find myself

Whether through yoga, meditation or magic mushrooms, you never know what's waiting at the end of the road when you set out to find yourself
Lifestyle
2 months ago

A vulnerability guru on what it means to be human

In her new book, 'Atlas of the Heart', Brené Brown offering readers tools for expressing and understanding more than 87 emotions and experiences
Lifestyle
1 month ago

If you are seeing a therapist as you deal with your mental wellness, ask them about how you can add movement and exercise to your daily routine
Lifestyle
3 months ago