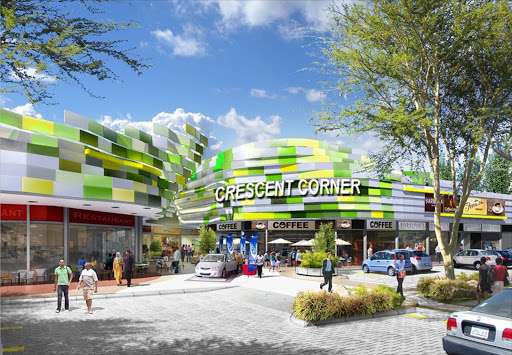 An artist's impression of the Rainbow Junction development.
Image: Supplied

The north of Pretoria will boast a new mixed-use development. Pretoria North landscape will never be the same again, once the Rainbow Junction development, costing R2,5bn, at 94,000m2 is completed.

The project is getting mass response from investors and developers wanting to be a part of the project, which will be located 6km north of the Tshwane CBD.

According to Gavin Tagg, CEO, Retail Network Services, and Rosella Dingle, CEO and spokesperson, Rainbow Junction Development, the development is a catalyst for more mixed-use developments.

“The development is located on a 140 hectare greenfield site with multiple advantages. We aim to create a new South African landmark. The development has been approved by the municipality and environmental bodies,” says Tagg.

Rainbow Junction Development is at the forefront of the new site development, which will boast 165,000m2 and 250 retail stores, a cinema complex and ice rink, 170,000m2 of commercial office space, a 120,000m2 residential node, 65,000m2 for a hotel and conferencing facilities and 37 hectares of green open space for social and recreational facilities.

The project is expected to continue for 10 to 15 years, with an extra R10bn and R12bn extension.

The development is located close to major national highways, arterial roads, and rail and air connections. It is also located next to the Wonderboom Station, and 3km away from the Wonderboom National Airport. A further larger transit hub is expected to be implemented by the City of Tshwane.

Roads running towards the development are the M1 Paul Kruger Street extension; Sefako Makgatho (Zambezi) Drive, which links to the N1 highway; the N4 Platinum Highway; and the K97 link road. It is also close to the Apies River.

Member of the Mayoral Committee for Economic Development and Planning at City of Tshwane Councillor Subesh Pillay says that the project will contribute towards the City’s objectives for new, resilient living in the outlying northern area of Pretoria.

The project will further provide 45,000 new jobs over its development phase, which will boost the economy, and provide growth to the city. Developers are also looking towards a third element building, which is a high-rise viewing tower.