A pint-sized cottage‚ on the market for almost R1-million‚ is raising eyebrows in Cape Town‚ even amongst residents accustomed to ridiculous sounding prices in the buoyant high-end property market. 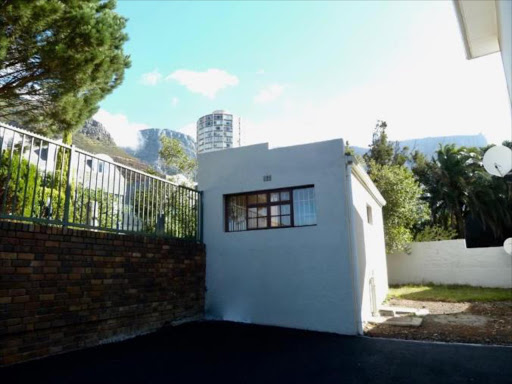 The online advert for the 21-square-metre ''cottage'' stirred up so much madness that agents had to remove it.

The estate agent responsible for the property in Gardens‚ Jenn Baker‚ has received hundreds of enquiries already. Karsten said in her 13 years in the industry it is something she has “never seen before".

“I don't think we were expecting to get quite this response but the response was from a mixed bag of people who were interested and then people who were saying: 'You've got to be kidding'‚” Karsten said.

The tiny house sports one bedroom‚ a “kitchenette”‚ a lounge‚ and an en-suite bathroom‚ but the owner is rewarded with a 74-square-metre ''exclusive use'' yard and a vista on one of the seven natural wonders of the world to wake up to.

Baker said it is ''not the agents who dictate the price‚ it's the buyers''.

“They are prepared to pay that price‚ it's the demand...We have had a huge response to it. There are people who want to put in offers. We withdrew it from the websites yesterday because the response was so great‚” she added.

But this got people upset.

“If somebody sees the listing and the agent doesn't respond they get irate. They don't understand that she's probably trying to work through 200 and something odd enquiries‚” said Baker.

Manager of RE/MAX Property Associates in Cape Town'‚ Morven Karsten‚ said “There's been a good response from people saying...it's exactly what they want… they want to live there‚ it's central”.

However‚ not all enquiries were ''nice''.

''Some of them had quite sharp words about it. Some of them were shocked‚” said Karsten.- TMG Digital/The Times