This modern country home is a comfortable & thoroughly stylish refuge

This off-grid pod home, with its clean, contemporary exterior lines and an eclectic interior mix of mid-century, modern-influenced furniture, it treads lightly on the earth and is a welcome rural retreat for owners Amanda and Pietro 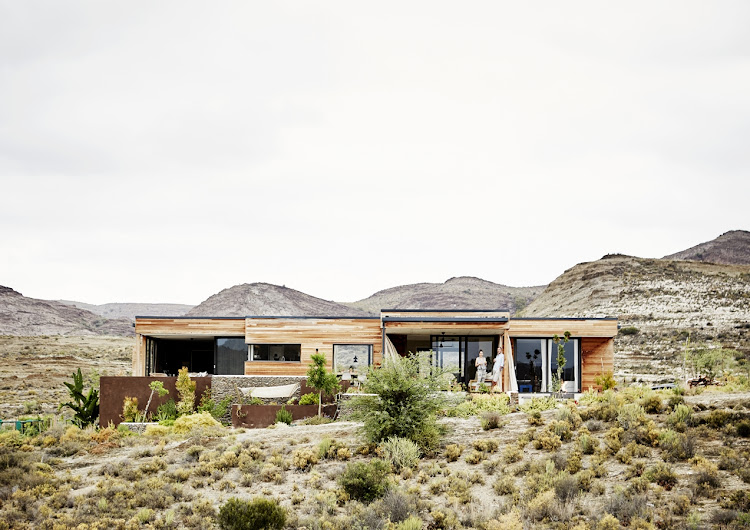 Russo designed his family's Ecomo pod home to be at one with the natural surrounds. The home consists of a central 50m2 pod for living and cooking and a bedroom off either side of it.
Image: WARREN HEATH/BUREAUX.CO.ZA

South Africa's Route 62 is something of a road less travelled, a route that winds its way for some 800km through the mostly arid Klein (little) and Groot (great) Karoo, taking its passengers through placid small towns, ramshackle hamlets and sprawling farmlands.

It is pure, unadulterated big-sky country. One of the towns on this iconic thoroughfare is Vanwyksdorp, a typically small settlement and an oasis for the farming families who live on the homesteads surrounding it. It is close to here, 25km away, that Pietro and Amanda Russo found exactly the property for which they searched for five years. "We love the Little Karoo. Amanda's family can trace their settler heritage to the region and both her sister and her mother live in the area," says Pietro, who is an architect and the designer of his family's Karoo off-grid escape, a pre-fabricated pod concept he named Ecomo, a marriage of the words Eco and Mobile. The property's prospectus popped up in his inbox one Sunday morning. "I drove here in pouring rain from Cape Town that same day and fell in love." A few months later they bought the plot.

It took a few more months of planning before they set the building wheels in motion. For both Pietro and Amanda, an interior designer, accessing the views was imperative to the design of their home and it was essential they felt at one with their natural surrounds rather than imposing themselves on the environment.

"We walked the plot for months before deciding where to build. Every dimension of the house is based on where we have the best view and quality of the various aspects of the landscape. The orientation, dam, mountain peaks, rock formations and flora. Even when we cook we can see the dam and Rooiberg mountain pass," says Pietro, who drew up a carefully considered plan for a space that makes as little impact on the environment as possible.

Each panel of the pod home was constructed off site and included all electrical wiring, waterproofing and insulation. This meant all the panels were delivered at once, minimising the home's carbon footprint. All cooking is on gas, all appliances are solar powered and all lighting is LED.

While there's no denying the beautiful surrounds both inside and out, what this home gives the family is something more valuable. Amanda says: "Connecting to nature in all its rawness, not being governed by a strict schedule and the abundance of space and silence are all things we look forward to when we come here from the city. Mostly our home gives us time to enjoy each other and reflect on our lives and the beauty of this place." 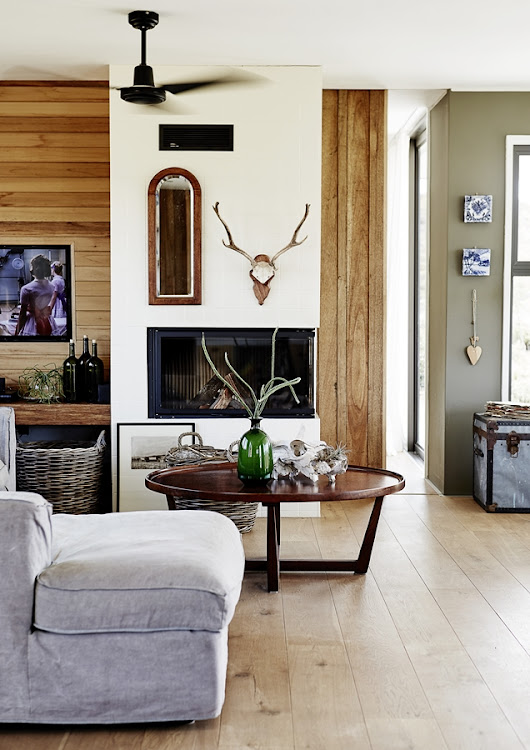 Quirky finds are dotted throughout a space that is an exercise in complementary tones and textures.
Image: WARREN HEATH/BUREAUX.CO.ZA 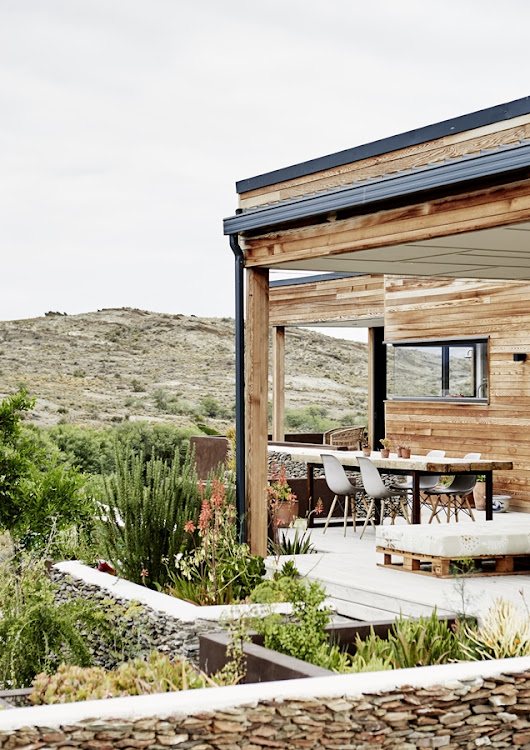 The generous outdoor deck provides another living space that is closer to the spectacular surrounds.
Image: WARREN HEATH/BUREAUX.CO.ZA

Yet despite its eco pedigree and an intentional focus on getting back to basics, there has been no loss in aesthetic quality. The family's Ecomo pod home is a happy marriage of clean, pared-down contemporary lines and warm tones and textures.

The home consists of two adjacent pods which together create three main living areas - a 50m2 central living and kitchen space and the couple's and their son Antonio's bedrooms situated on either side of it. Off the living area is a covered deck. Every window intentionally acts as a frame for the magnificent surrounds and offers extraordinary views no matter the season.

"You see spring flowers emerge and carpet the landscape. In the winter months we cosy up next to the fire," says Amanda. She says the wealth of birdlife that frequents their garden in spring and summer is a source of great entertainment. The home is specifically designed to let the outside in. During summer this proves imperative - temperatures regularly reach 40°C and the open sides allow ventilation. Amanda is a keen cook and the custom-designed kitchen is both compact and perfect for prepping and entertaining.
Image: WARREN HEATH/BUREAUX.CO.ZA 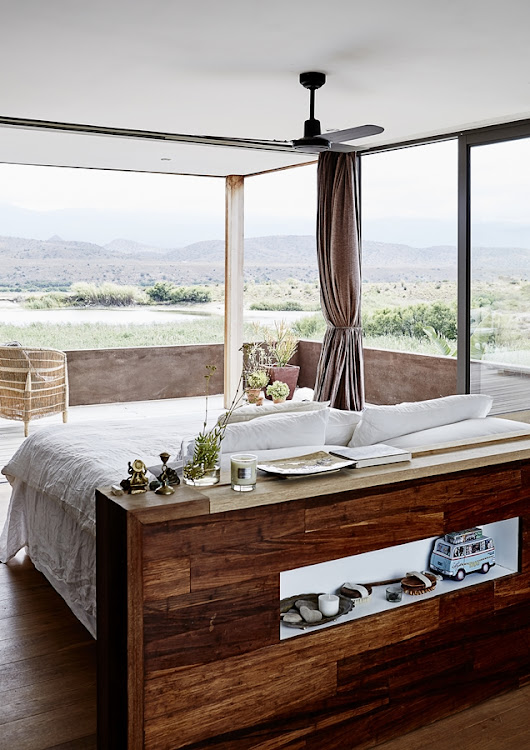 Pietro and Amanda's bedroom is dressed in natural hues and textures and is designed to let in the extraordinary Karoo views.
Image: WARREN HEATH/BUREAUX.CO.ZA

Amanda says: "Pietro designed a lot of the furniture himself. He likes a lean, lined aesthetic while I'm more Bohemian so we worked hard to marry the two styles. We wanted it to be comfortable, warm and accessible, as well as stay in keeping with the natural tones and hues of the veld, the often moody sky and the mountain pass with its blood-red boulders." They achieved this by working with natural hues and textures. Solid wood, slubby linens and natural tones and textures are visible at every turn.