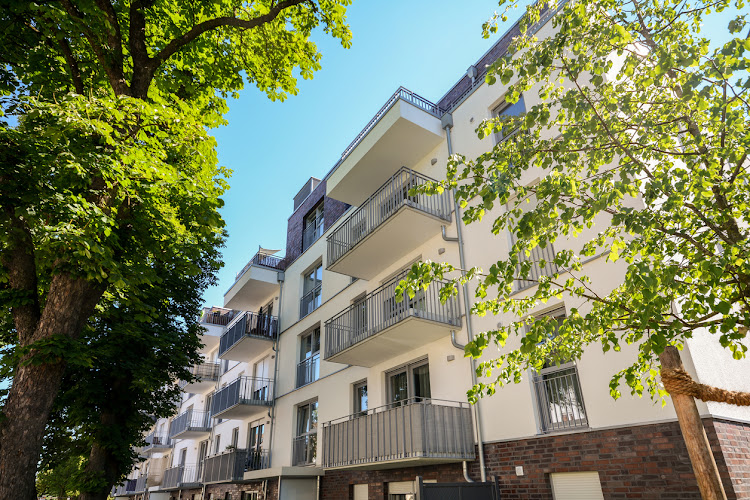 Homeowners are increasingly keen on apartment living in South Africa's major cities‚ where accommodation options range in size from generous space in Durban and tiny in Cape Town.

This is according to Statistics SA‚ which assessed building statistics to find out where the most spacious homes are being built‚ and what the average construction costs are.

"Flats have grown increasingly popular in South Africa’s cities over the last couple of years‚ even outstripping the construction of townhouses‚" said StatsSA.

The demand for townhouses has also increased‚ but not as much. In 2013‚ the ratio of townhouse plans approved for every 100 dwelling-house plans was 25‚ climbing to 33 in 2016.

The increasing demand for flats has occurred in nearly all of the eight metros‚ but particularly in Tshwane - where new developments are evident in Hatfield‚ Pretoria CBD and the planned "green mega city" at Menlyn Maine - as well as Cape Town and eThekwini. 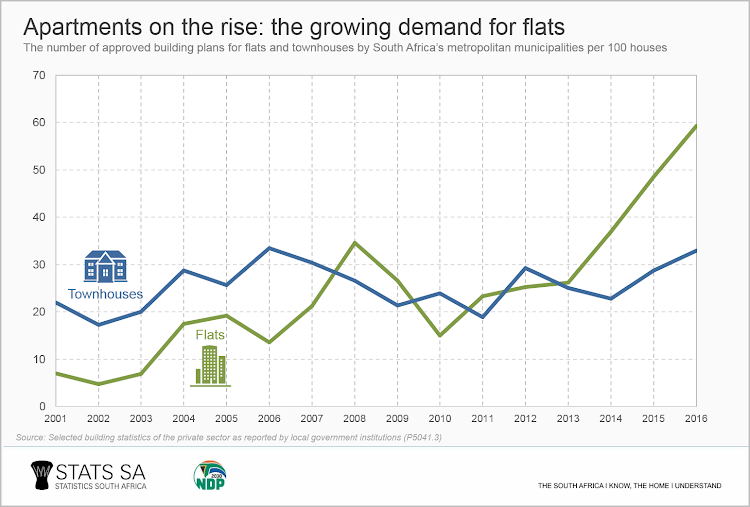 Building plans with the most generous floor area were approved by eThekwini (Durban)‚ for houses‚ townhouses and flats.

Over a five-year period from 2012 to 2016‚ the average floor area for a dwelling-house in South Africa’s third-most populous city was 233m2. While floor plans differ substantially from one another‚ Stats SA said this could be equated to a house with four spacious bedrooms‚ two bathrooms and a double garage.

Space is a premium in Cape Town: the city has approved building plans for large numbers of smaller-sized residential units - between 30m2 to 80m2 - across the city.

HOW MUCH CAN YOU EXPECT TO PAY?

Construction costs in eThekwini are the most expensive‚ but only for houses and flats.

Tshwane takes the top spot for townhouses; it would cost you an average of R8‚575 per square metre to build a townhouse in the capital city‚ according to data for 2016.

Buffalo City‚ which includes the coastal city of East London‚ recorded the lowest costs for townhouses and flats during the same year.

South Africa’s major inland metros are spending more money on municipal services per resident than many of their coastal counterparts.
News
4 years ago

Despite the rise in flats and townhouses‚ StatsSA confirmed that houses still dominate the residential landscape: 64% of households in metro areas live in formal houses‚ while 2‚6% live in townhouses and 5‚4% in flats.

The migration trend towards the metros - already home to 40% of South Africa’s population - by people seeking economic opportunities‚ is a factor for future building trends.

StatsSA noted: "A growing urban population is bound to place pressure on the availability of land for residential development‚ and it remains to be seen how this will influence the demand for compact living spaces such as townhouses and flats." - TimesLIVE