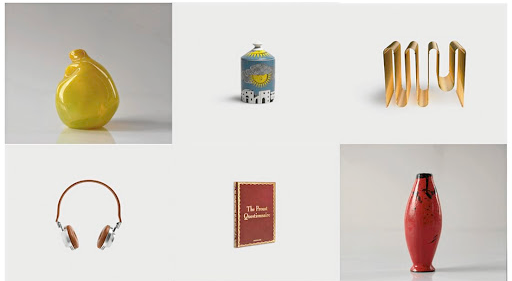 Shop for covetable international brands at the WallpaperSTORE* pop-up at the GUILD store in Cape Town.
Image: Supplied

There's a definite focus on art and design at the new Silo district at the V&A Waterfront, especially with the opening to the public of the Zeitz Museum of Contemporary Art Africa (MOCAA) at the weekend.

If you haven't yet caught a glimpse of the Thomas Heatherwick-inspired reimagining of the old Cape Town grain silos, it is a project that he has, with characteristic originality, called a destruction rather than a construction.

The October cover of UK design magazine Wallpaper* features the building prominently, with an extensive spread inside.

Also on in the Silo District is the WallpaperSTORE* pop-up at the GUILD store, the Guild Group's new flagship space. It features international brands like Fornasetti, Artek, Bitossi, Tom Dixon, Georg Jensen, Hay, L'Objet, Nousaku and Vitra, among others, mixed into the already collectable mix.

IN PICTURES: Inside Zeitz MOCAA, the museum everyone's talking about

''We want to shift the perception of African design from one that's seen as exotic to one of belonging," says Trevyn McGowan co-founder and CEO of The Guild Group.

"It is great to share views and ideas," says Clementina van der Walt of the airy space she shares with other creatives. She gives us a tour
Lifestyle
4 years ago

The pop-up is open and will run until early December, with a special selection of GUILD Store products, focusing on exclusive African designs that fit the Wallpaper* aesthetic. This African Capsule Collection will also be sold online, internationally, by WallpaperSTORE*.

Andile Dyalvane, one of South Africa's top ceramic artists, is offering some personal insight into his design language during a walkabout of his show, Idladla. The exhibition pivots around the artist's central values of cultural preservation and gratitude.

RSVP: E-mail rsvp@theguildgroup.co.za with 'Walkabout' as the subject.