Somerset House, the second oldest building on Gandhi Square, is getting a new lease on life in a story of revival, urban evolution and never giving up on love 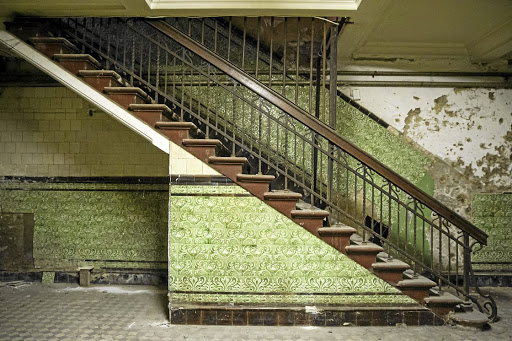 A staircase in Somerset House, which was built in 1906.
Image: Madelene Cronje

There were always rumours; whispers of the lost arcaded building in the heart of Joburg. As the story goes, it was 1906 and Somerset House came to life as an Edwardian beauty. It was the second building to go up in what is today's Gandhi Square.

Her impressive glass panes stretched up a three-storey facade, balconies dotted windows and she had niches fit for grand statues. From her Fox Street entrance a chequerboard black and white walkway stretched towards the square. Sunlight filtered through the pitched glass roof. Lacy shadows from filigree detailing on wooden rafters reflected off the sheen of deep green relief tiles and dado rails.

Fast forward a century and Somerset House faded into memory, lost to decades of inner-city decay and entropy. The arcade was boarded up and her facades at both entrances were so stained with neglect, they held no inkling she was once achingly magnificent. 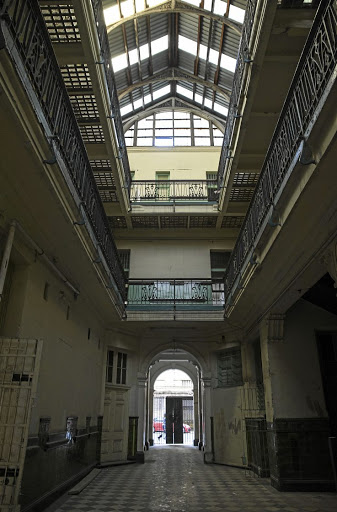 But one man never forgot the first time he set eyes on Somerset House. It was 1973 and from across the square, 21-year-old Gerald Olitzki, who was serving his articles as a candidate attorney, was positively smitten.

"I worked in the building opposite Somerset House and the High Court building (the oldest building on the square, built in 1904). I couldn't help thinking the two most beautiful buildings on the square were also the grottiest," he says.

Olitzki dreamed one day to restore Somerset House. One day turned into years and then decades.

But in 1989 Olitzki switched professions, leaving law to buy his first building. Steadily he created the property hulk OPH (Olitzki Property Holdings), buying dozens of crumbling inner-city buildings, revamping and renting them out.

But Somerset House and the historic High Court Building - the one Gandhi, as an attorney in the early 1900s, frequented - remained in the hands of owners who didn't want to sell, and frustratingly wouldn't restore either.

Olitzki waited some more. At the end of 2016 he finally got his chance with the announcement that the buildings were being auctioned. But the night before the auction, Olitzki's hopes evaporated when another buyer bought the buildings in a private deal.

"I am not one to indulge in despair so I thought 'you swines', then made the new owners an offer," says Olitzki from his rooftop office overlooking Gandhi Square, with views stretching to the far fringes of the city.

His beloved Somerset House was finally his, but she was in appalling shape. Bringing her back to life would be a labour of love and an expensive, time-consuming exercise - tricky territory for developers swayed by bottom lines, optimised profit margins and the pressure of quick turnarounds.

Somerset House, though, was a love affair, and things of the heart come with different price tags.

"Buildings I've bought in the past have mostly being 1950s-style buildings without much character. But this building, she's special. We're never going to recover our money on her, but it doesn't matter," he says.

Somerset House is now in the hands of heritage specialists MayatHart Architects.

Yasmin Mayat says Somerset House was custom built for the United Building Society (later Absa Bank). It has teller windows and even a separate basement of safety deposit boxes, hundreds of which are still unopened. By the 1930s an art nouveau cage lift was also installed. 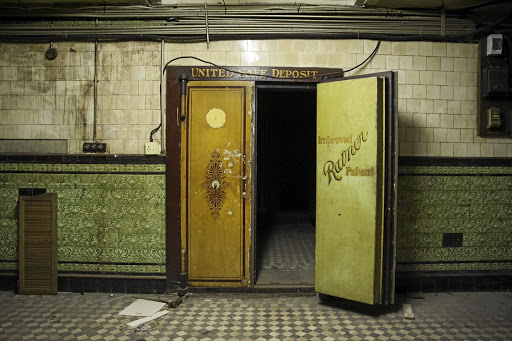 The vault inside Somerset House, which was originally built for the United Building Society (later Absa Bank).
Image: Madelene Cronje

"In those early days it was a building reflective of the power structures of the time. People would have slipped into the arcade to escape dust from mining town Joburg.

"The building had relatively few tenants over the years, which is good because it's better that owners don't do bad restoration on heritage buildings," says Mayat. 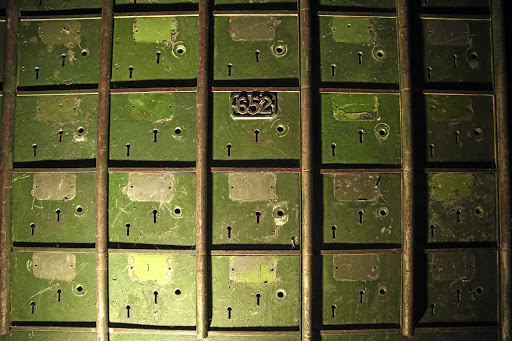 Lock boxes inside Somerset House, which was originally built as a bank.
Image: Madelene Cronje

Brendan Hart says the challenge with restoring a heritage gem to contemporary functionality is about balancing occupants' modern needs while retaining the essence of the building. It is also about retro-fitting to modern safety and compliance standards for plumbing, electricity wiring, working lifts and parking.

But it's a building that keeps her secrets. He says: "We haven't been able to find original plans; we don't even know who the architect was. A restoration like this is not about making modern fakes to mimic the original style but about balancing the romantic and the functional."

The husband and wife team have also fallen under Somerset House's spell. They're thrilled to be the ones to revive Somerset House and give her modern relevance. Mayat says: "Joburg's inherited, collective heritage is important to retain and claim, and at the same time Joburg development is never static."

Somerset House will have to fit into a precinct that has distinct needs. The square is a pumping public transport heart, it must also respond to evolving aspirational needs and new urbanites' desires to return to an inner city that is safe, offers a range of amenities and facilities and is not artificial.

Here passersby may find a wig and weave store near a 24-hour McDonald's. Loan merchants and banks are neighbours to an Amakhosi fans' store, hipster coffee spots and a David Tlale boutique.

When Somerset House is ready for her big reveal by the end of the year she'll have to fit in here, and stand out too. But at 111 years old she's survived what Joburg has had to throw at her - she'll be ready.

As this lifestyle development nears completion, its contribution to a bold urban vision is coming into focus
Lifestyle
5 years ago

New Doornfontein, Lorentzville and Ellis Park are experiencing an exciting rejuvenation with an influx of creative new businesses
Lifestyle
5 years ago