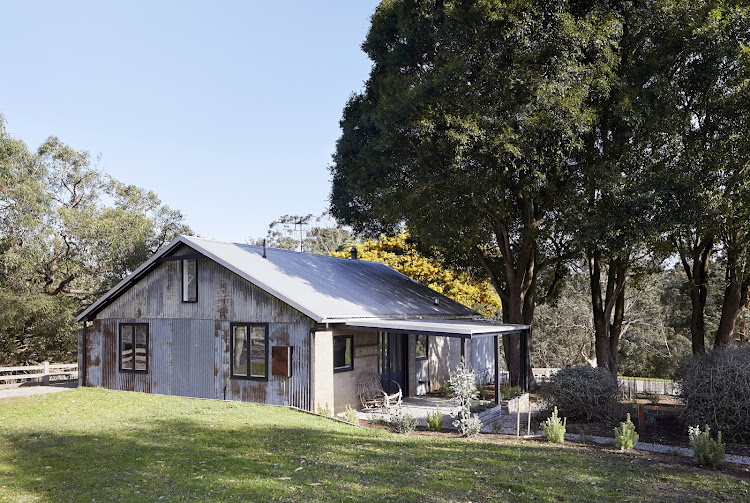 BEFORE When we bought it the dairy was liveable, but the layout made no sense, says the owner.
Image: Tatjana Plitt

Some pieces of land are simply magnetic, emanating a pull that's impossible to resist. That seems to be the case with this 14ha block of land at Main Ridge on Victoria's Mornington Peninsula in Australia.

When its owners happened to spot a "for sale" sign on a weekend trip to the area, they weren't in the market for a farm - but, for a bit of fun, they stopped in anyway.

"The minute I walked onto the property, I thought this place is special," says the owner. "I fell instantly in love with its towering trees and the sweet little dairy building. I knew we had to have it; it was a completely impulsive buy."

The 1920s milking shed captured the imaginations of the Melbourne family of six and prompted them to embark on a renovation that would see the simple structure transformed into a comfortable two-bedroom weekender that honours the utilitarian nature of the original outbuilding. 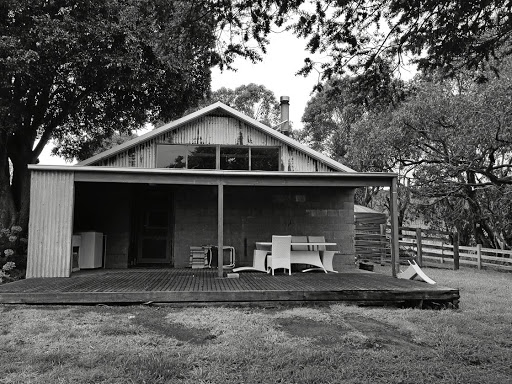 BEFORE The deck.
Image: Tatjana Plitt 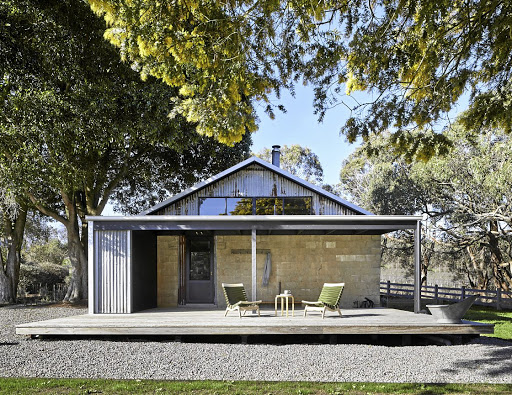 AFTER The original concrete blocks used in the dairy have been retained and the deck was built out of pre-aged ironbark.
Image: Tatjana Plitt

"When we bought it in 2012, the dairy had been subject to a DIY makeover in the 1990s, so it was liveable," she says, "but the layout made no sense and the space wasn't used efficiently."

The family needed it to be updated as six of them would be sharing the little house. A free hand was given to an architecture company, with the design brief being for "off the grid and family friendly without requiring major structural change".

"It would be so easy to rip out the old and replace with new, but that was a temptation we resisted in order to retain character," says architect Tony Vella.

"Externally, very little was done other than repairing the building to make it airtight. Inside, the plaster-lined walls were removed and layout adjusted to create the two bedrooms and new bathroom, then new timber lining boards were added."

As sustainability was important to everyone, sensitively repurposing the existing building was easy. The shell was heavily insulated to create a warm and efficient envelope. Fortunately, the house had its own water source and solar power was soon connected.

Reclaimed materials feature prominently. An old sink found on the property was cleaned up and used in the bathroom, and cabinetry removed from the owners' home has been given new life in the old dairy. Timber from a farm shed was repurposed to create a shaving cabinet and the existing fireplace was retained. 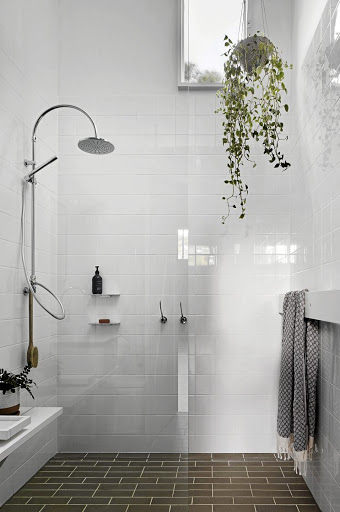 AFTER A white-tiled shower keeps it simple.
Image: Tatjana Plitt 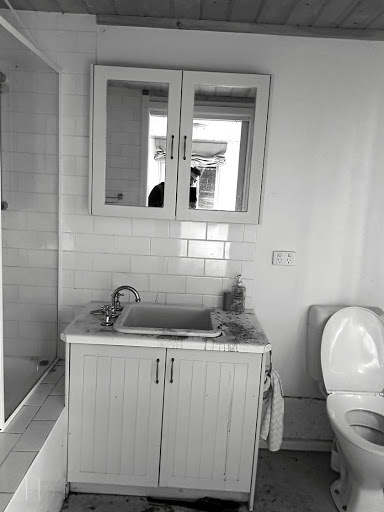 BEFORE The bathroom
Image: Tatjana Plitt 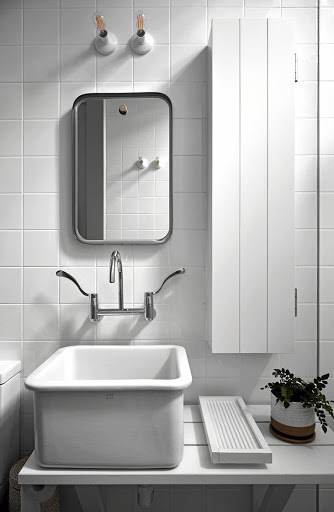 AFTER An old-style farm basin sets the scene in the new-look bathroom.
Image: Tatjana Plitt 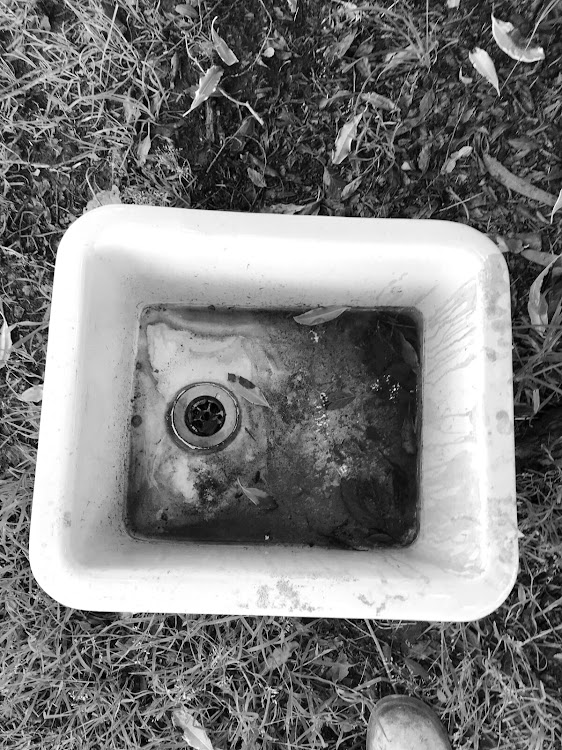 BEFORE The bathroom sink was salvaged from the property.
Image: Tatjana Plitt

Throughout the house, calming, neutral interiors were created, focusing on beautiful joinery and gentle fabrics set against a muted grey palette.

The kitchen's star feature is a striking timber bench on castors, which provides a warming counterpoint to the room's stainless-steel benches, which were selected for their nod to the building's history as a working dairy.

"Our kitchen is perfect," says the owner. "It's tiny compared to our kitchen at home but the less space you have, the less you find you need. Nothing is missing." 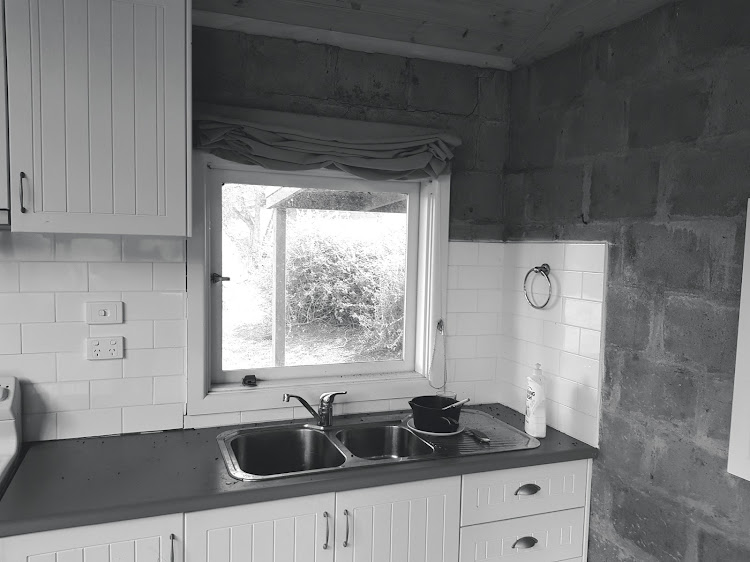 BEFORE The kitchen.
Image: Tatjana Plitt 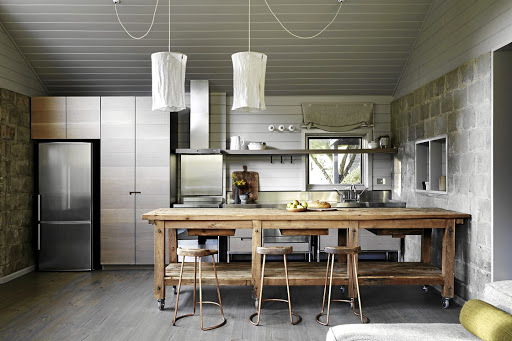 AFTER The kitchen area is a combination of warm wood, painted timber and metal. Wheels were added to the antique European work bench to give it height.
Image: Tatjana Plitt

With its stacked logs and fireplace, the open living area is an unfussy, cosy space. The family would love for the house to be a TV-free zone but, to keep the kids happy, they had to compromise and opted for a screen concealed behind cabinetry. 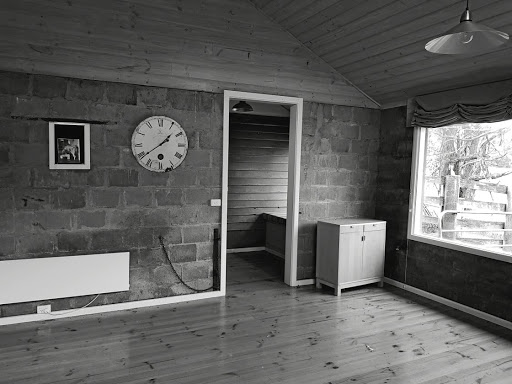 BEFORE The lounge.
Image: Tatjana Plitt 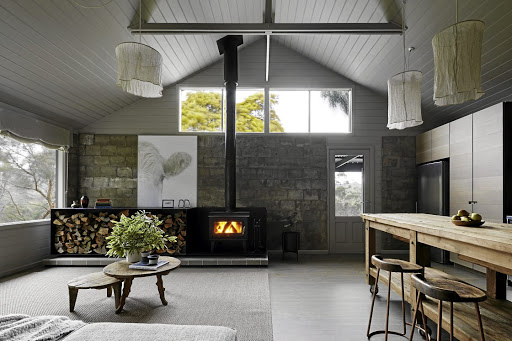 AFTER The fireplace provides an inviting backdrop in the open-plan living area with its picture windows open to the view.
Image: Tatjana Plitt 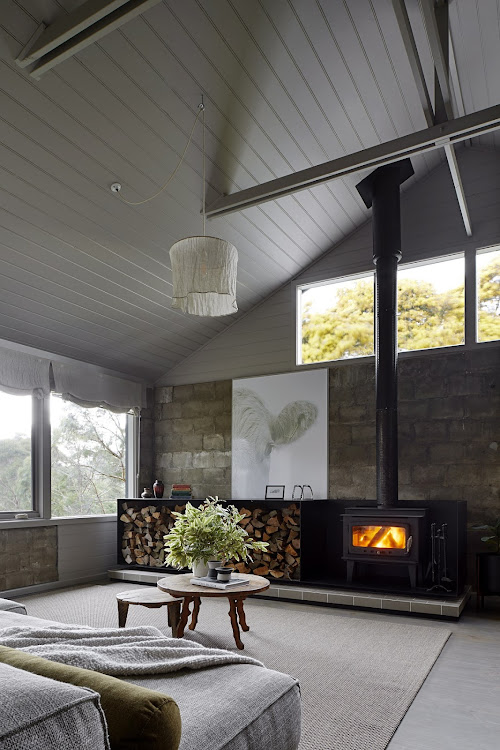 AFTER The fireplace was already in the house and was just cleaned up.
Image: Tatjana Plitt 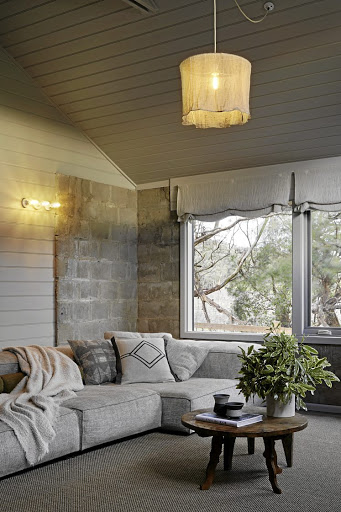 AFTER A comfortable home from home.
Image: Tatjana Plitt

The bedrooms are a similarly simple affair: there's one room for parents and one for the four children. The kids' room is fitted out with futons instead of beds so that they can be stacked when not in use. By day it's a multifunctional space for them to play in and relax and by night it's their sleeping space. 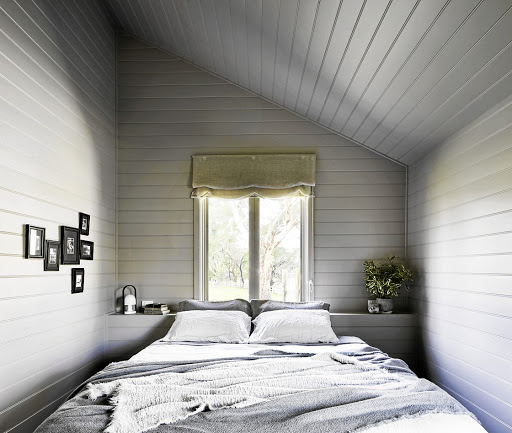 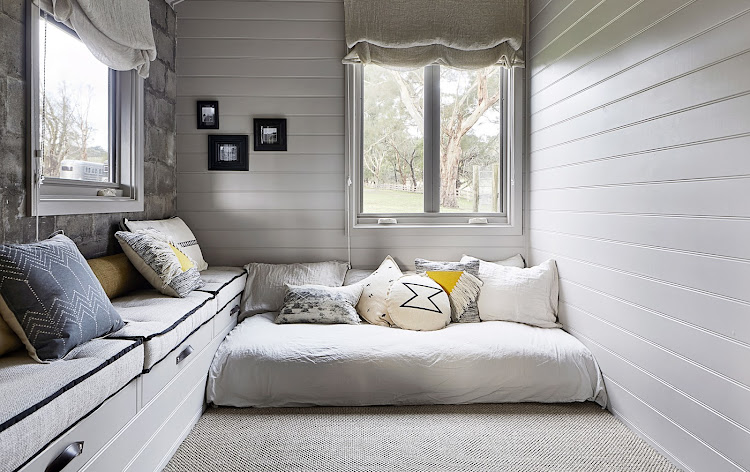 When the family is in residence - which, because the property is only an hour from home, is as often as three times a week - they spend much of their time outdoors.

"We have a lot of horses," says the owner. "I love to ride and so do my daughters. The boys have their fun playing with our pet goats and dogs, or tearing about on their motorbikes."

A love of all things equestrian has motivated the owners to build stables and an arena on the property. "We love being able to let friends keep their horses here, and our vision for the arena is to open it up to the pony club and local community once it's complete," says the owner.

For now, though, there's satisfaction enough in spending time at the property and just being together. "We sit outside and gaze out at the trees and the creek beyond, and we just soak up the magic of it all." - Bauresyndication.com.au/Magazinefeatures.co.za

On KolKol farm in the mountains outside Cape Town, Rudi and Karen Oosthuyse have built a modern cabin that combines smart design with meticulous ...
Lifestyle
1 year ago

IN PICTURES | Repurposed design shines in this Cape farmhouse

The eclectic interiors of this Overberg home express its owners' love of laid-back living, travelling and upcycling
Lifestyle
1 year ago
Next Article