Architects have been straying from the century-old modernist template to experiment with decoration, space and materials 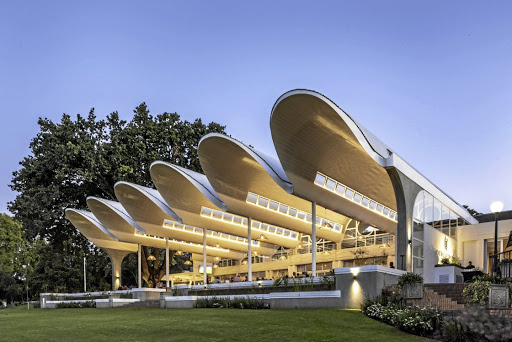 For a century, the clean lines, white walls and glass boxes of mainstream modernism have had an iron grip on architecture. It's as true in SA as anywhere: functional forms still put the modernity into modernism.

As Joburg architect Gregory Katz points out, this clinical aesthetic was in part a reference to tuberculosis sanitoria, which once represented progressive ideas of health and wellness: a "sanitised vision of the future". The huge windows let in air and light, the gleaming surfaces signified sterility, rooftop swimming pools and gymnasia pioneered modern notions of health and fitness.

We might well be entering another era in which sanitised visions influence the future of architecture and urban design. These days, however, ideas of what makes a healthy environment have more to do with inviting nature back into our cities and homes rather than banishing it. Urban greening, public parks and open-air city streets (rather than enclosed malls) are more likely to serve as the archetype of a healthy habitat in the foreseeable future.

At the same time it seems the most exciting new ideas in architecture that have popped up around the country recently are also distinct departures from the modernist template, a riposte to the idea of architecture as a laboratory or machine. 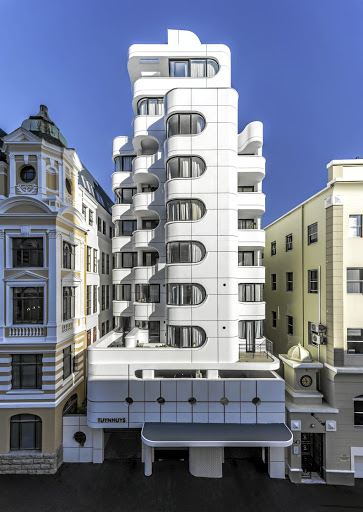 Just take a look at Tuynhuys, the Cape Town apartment block by architects Robert Silke & Partners. Or the new pavilion at the Country Club Joburg (CCJ) in Auckland Park by the young practice Rebel Base Collective. A dazzling trio of houses by Silvio Rech and Lesley Carstens, including their own Googie-inspired Westcliff home, don't shy away from extravagance.

And a number of recent designs by Katz, including his Shapesorter House and residential blocks such as Corner Fox in Joburg's eastern CBD, seek expressions through some quite bonkers experiments with material, space and decoration.

When we spoke to these architects, they almost all commented on boredom and frustration with mainstream modernism. None of them was dismissive of it - indeed, most of them have designed worshipping tributes to modernism themselves - but, as Rech says, "they've been so overdone that they've lost their meaning".

All of these architects, in one way or another, had started to look back to look forward. There's a sense that they're uncovering historical starting points other than modernism to find a way forward. 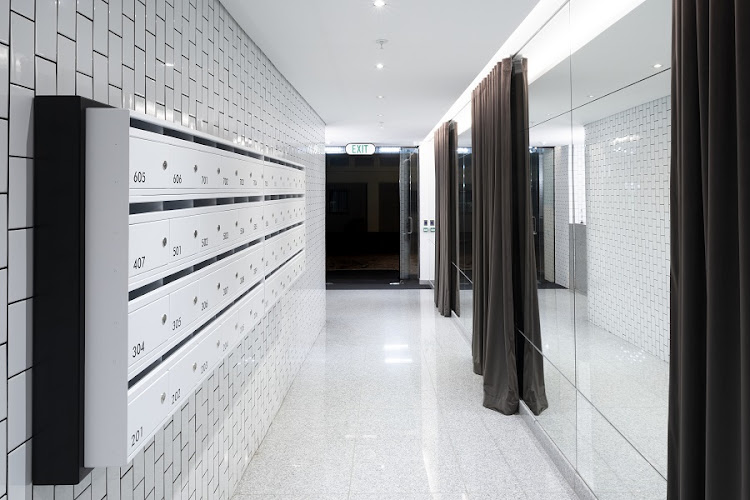 Rech and Carstens, for example, have sought it in the organic modernism of the 1960s. The flowing, amoebic forms of their design for Keurbooms Cottage in Plettenberg Bay are inspired by the likes of Brazilian architect Oscar Niemeyer, the TWA Flight Centre at JFK Airport by Eero Saarinen and John Lautner's "Googie" homes in California, a flamboyant, sculptural futurist approach flattered in films from James Bond to Stanley Kubrick's 2001: A Space Odyssey.

A landmark home in Camps Bay, for which they did the interiors, evokes The Jetsons or Tony Stark's mansion in Iron Man.

And their own Johannesburg home's faceted, geometric form brings the Googie spirit in to the 21st century with styling more like a stealth bomber than the rounded sputniks and spaceships that inspired its '60s counterparts. 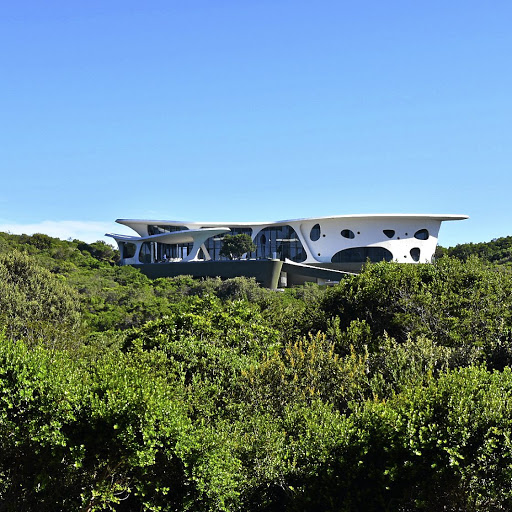 Keurbooms Cottage in Plettenberg Bay by Rech and Carstens, inspired by the organic modernism of the 1960s.
Image: Julian Treger

Of course, finding inspiration is not about copying historical styles, Rech says, but about saying: "Where can we go with this playful direction given the means that we have, and how can we take that a step further and create meaningful architecture again?"

For him, it's about reassessing an era - the '60s in this instance - in which a new lifestyle was being led by design itself, and revisiting that potential.

Silke's design for Tuynhuys has a slightly different starting point. Although there's been much talk about its Art Deco styling, Silke is much more interested in its links to Italian Futurism, Japanese Metabolism and even postmodernism (despite its having become a bit of a dirty word since its '80s heyday).

"There's been a strain of what you could call decorative modernism that survived throughout mainstream modernism mainly on the sidelines," he explains. He describes a battle in the 1930s between the white boxes that pioneered classic, mainstream or functional modernism (let's just call it clichéd, says Katz), and the shapely, sculptural curves of Art Deco.

"World War 2 meant the death of Art Deco and the rise of utilitarian modernism," he says. But in the background, that decorative tradition persisted in other movements.

He sees it picked up again by the Italian Futurists. It's there in the Googie movement. And postmodernism represents a return to decoration in the '80s and '90s. The flame was carried closer to our own time by Zaha Hadid, who Silke calls "the last famous futurist".

"Our house ethos is that in order to find a new modernism, you've got to start where Art Deco left off," he says. "You've got to go back to ... the point at which we lost interest in decoration, and in traditional values in street-making and city-making."

Indeed, Tuynhuys posits a solution to the question of how to densify the historical city within the almost domestic scale of its grid. "Mini-skyscrapers", as Silke calls them, not more than 12 storeys high á la Tokyo, would not be out of keeping with the fine grain of the city while allowing it to evolve.

Rather than father of modernism Le Corbusier's vision of cities arranged as parks and towers (which in practice devolved into dystopian housing estates), postmodern architecture nurtures the life of the street, which has proved a resilient and vital component of good urban design.

Katz is perhaps a little reluctant to call his influences postmodern, but admits, "I think there was time in the 1980s when .... they were having really just a lot more fun. They were thinking a lot about semiotics and how buildings communicate, and really going back to the romantic roots of architecture rather than simple, classical functionalism." 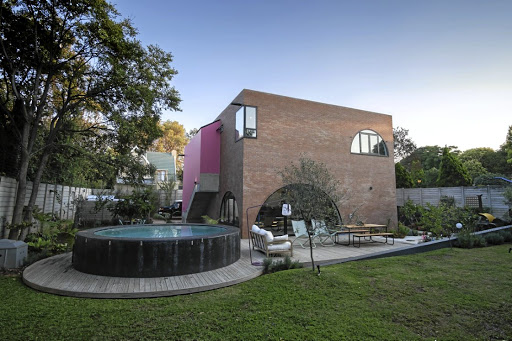 His Shapesorter House, named for the children's toy, with its variously sized arches and apertures, subverts the "symmetry of the classical" as he puts it, but nevertheless proves that functional design can draw on traditions other than modernism. It frames views, addresses the quality of local light and even responds to contemporary lifestyle demands as practically as anything following a modernist template while "not [being] hamstrung by a preconceived compositional system".

"Architecture is really also about the production of culture," he says. "[How] buildings . look matters to a culture and a society, and says something about who we are."

In his practice, he's particularly interested in the meanings associated with materials. Bricks, for example, which are abundant in SA because of the availability of clay-rich soil, are loaded with cultural significance. "We have a belief and faith in brick," he says. "They're emblematic of permanence and solidity and upward mobility."

His pixellated, patterned design for the façade of Corner Fox interacts with these cultural associations, reinterpreting and recasting those meanings in new expressions. That's why Corner Fox can look so appropriate to its place, and futuristic at the same time. 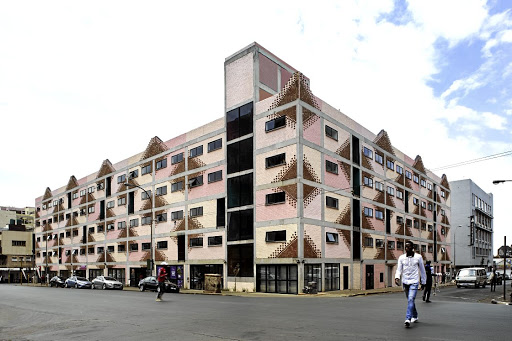 The futuristic undulating steel and concrete pavilion at the CCJ does something related, with its thoughtful combinations of aesthetics and materiality, particularly in response to questions of the relationship between the past and the future. The CCJ's weighty and layered architectural heritage begins with a turn-of-the-century Arts and Crafts building, takes in Art Deco additions and even a '60s semi-circular extension, before arriving in the 21st century. How do you make something new appear timeless in a setting like that? wondered lead architect Vedhant Maharaj. 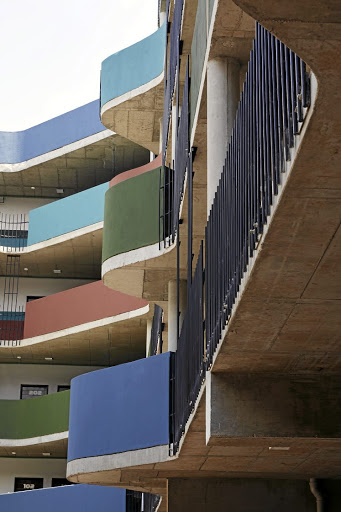 A view from the interior courtyard of Corner Fox in Joburg's CBD.
Image: Marc Shoul

He too concluded that "to go forward, you have to go a little bit backwards". The steelwork's obsessively refined detailing - no tacked-on conduits, pipes, wires or other services here - are contrasted with more obviously handcrafted concrete finishes. This residual evidence of the "set of hands that was on site", as Maharaj puts it, gives palpable presence to the artisans who built the new pavilion.

Not only does the expressly handcrafted detailing mean that the futuristic addition appears comfortably at home among the older buildings, but in a context loaded with institutional legacy, the builders' legacy has been added and expressed. As such, the architecture itself helps negotiate a way forward for establishments like country clubs that want to respect their heritage even as they seek new ways into the future. It's a way, Maharaj says, of respecting history, but also of challenging it.

This little selection of new buildings doesn't by any means represent a coherent approach or a clear movement, but it does seem to show that at the moment, there is a groundswell of exciting new ideas, and that despite being blotted out for almost a century, the playful, decorative side of design still has the power to generate new ideas.

Once the city's most notorious address, Ponte City, is now a happy home to thousands with a heart-warming community centre and views for days
Lifestyle
1 year ago