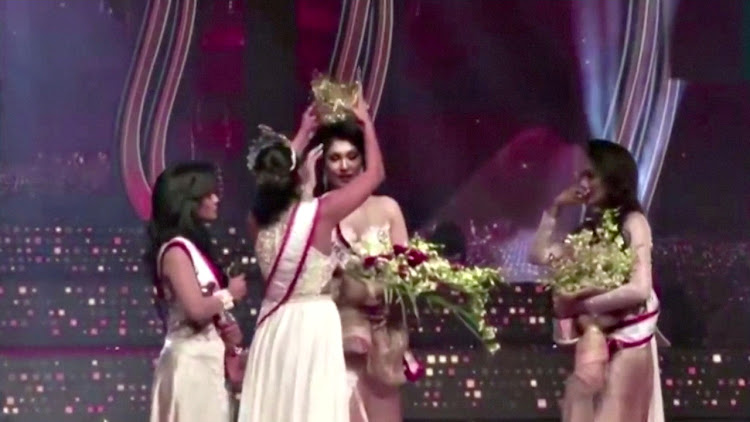 Pushpika De Silva's crown is removed from her head by the reigning Mrs World, Caroline Jurie, after Jurie declared that De Silva was ineligible to win the Mrs Sri Lanka pageant on April 4 2021.
Image: Chandimal Jayasinghe via Reuters

Reigning Mrs World Caroline Jurie was released on bail after being arrested earlier on Thursday following a fracas at the Mrs Sri Lanka pageant over the weekend, a police spokesperson in Colombo said.

According to local media reports, the winner of the Mrs Sri Lanka pageant, Pushpika De Silva, filed a complaint against Jurie after she forcibly removed De Silva's crown, saying she was not qualified to win the title.

A video of the pageant — watch it here — opened with Jurie, speaking to the audience shortly after the winner and runners-up were announced on Sunday.

“There is a rule that you have to be married and not divorced, so I am taking my first steps, saying that the crown goes to the first runner-up,” Jurie said.

She then proceeded to pull out hairpins from De Silva's hair, remove her crown and place it on the head of the competition's runner-up as De Silva left the stage.

Celebratory music played in the background throughout the incident. 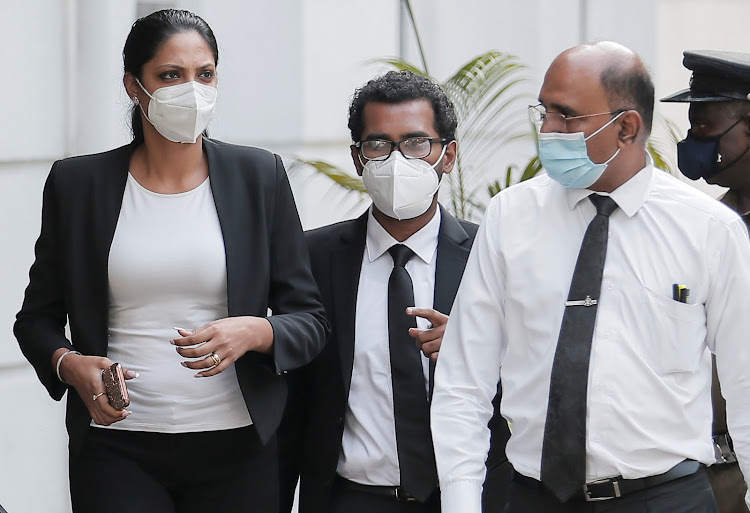 Reigning Mrs World Caroline Jurie leaves the police station after she was arrested and released on bail in Colombo, Sri Lanka, on April 8 2021.
Image: Reuters/Dinuka Liyanawatte

Jurie was arrested when she came to a police station to record her statement, deputy inspector general Ajith Rohana said, adding that she was later released on bail.

The winner of the Mrs Sri Lanka contest goes on to compete in the Mrs World contest. Jurie, who won that competition in 2020 in Las Vegas, told media she will speak later.

De Silva clarified in a Facebook post on Monday that she was not divorced but separated, writing in Sinhala: “If I wasn't fit at the beginning of this tournament they could have removed me.

The prize was returned to De Silva on Tuesday at a news conference, after pageant organisers confirmed she was not a divorcee. They have also apologised to her.

A post shared by The Official Mrs. World Page (@mrsworldpageant)

A beauty queen was allegedly injured when her tiara was "snatched" off her head in a dramatic moment captured on camera.
Lifestyle
1 year ago

Miss SA second Princess Natasha Joubert will be the first to represent SA, at Miss Universe on May 17.
Lifestyle
1 year ago

#DestinyDesigned is her Miss Universe social cause initiative aimed at empowering local fashion designers hard-hit by Covid.
Lifestyle
1 year ago