The Bank and Jewel City are just some of the developments featuring art in new and interesting ways — sometimes on a vast scale, writes Graham Wood 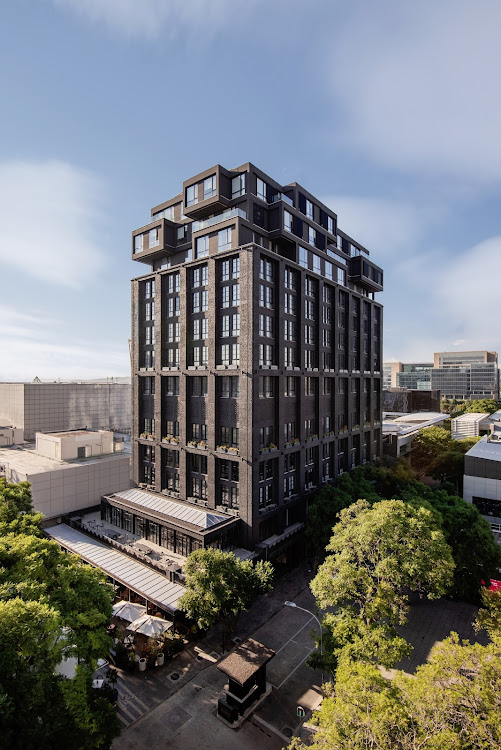 The Bank in Rosebank, a striking 13-storey black brick building designed by architect Enrico Daffonchio that rose from the remains of the former FNB, includes a hotel and co-working space.

Each hotel room has at least four or five original artworks that were specially commissioned for the building, so the number of artworks runs into the thousands. (The developer, Blend Property Group’s Mark Epstein, recently founded the art curation company Art Gazette, which commissioned the work.)

The co-working space — four storeys of it — is also filled with original artworks from David Krut Projects, an arts institution perhaps best known for its print workshop, which collaborates with some of SA’s top artists, and a fabulous catalogue of art publications.

The public space around the building features two Edoardo Villa sculptures, and artist Cameron Platter was commissioned to design a huge mural for the walls of the four-storey, 400m2 open-air courtyard inside the building. 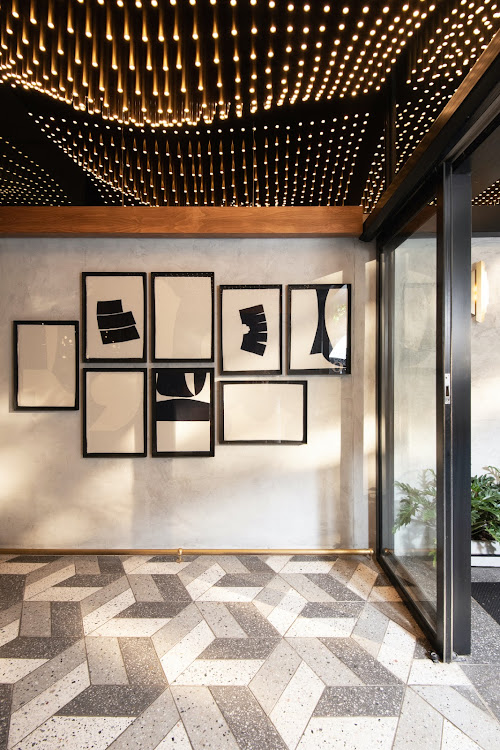 Art Gazette commissioned thousands of original artworks for the interiors of The Bank in Rosebank.
Image: Juane Venter 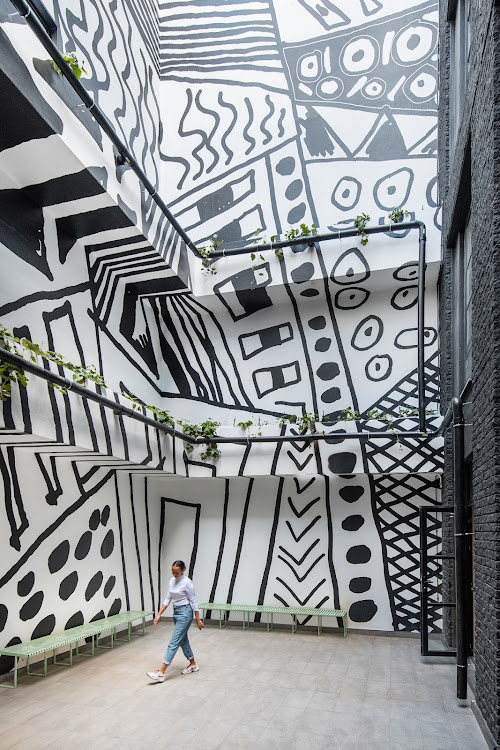 Untitled mural by Cameron Platter in the courtyard of The Bank.
Image: Juane Venter

Further north, in Sandton, The Leonardo, the tallest building in Africa, has art woven into its very fabric.

Curated by arts organisation The Trinity Session, the building contains over 1,500 artworks commissioned from more than 100 local artists. Many of these artworks appear in the foyer and other communal spaces, and many more in the hotel rooms.

Among the biggest and most spectacular is an immersive geological sculpture by Damien Grivas in white plaster that wraps around the stairwell. 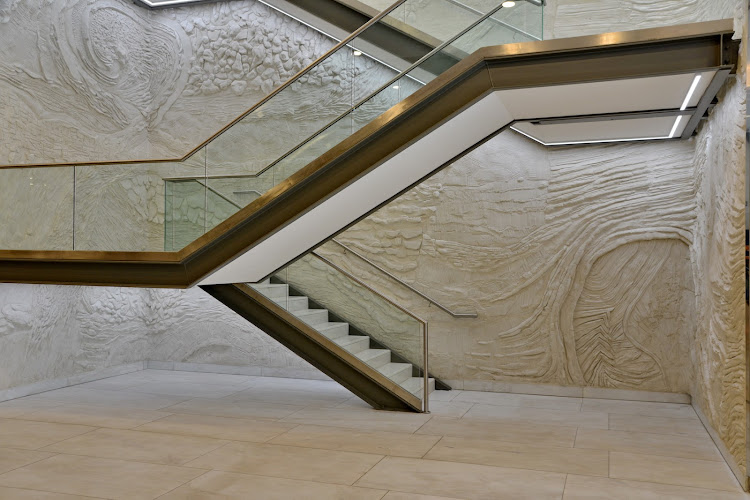 Covering about 140m2, a mural by Mbongeni Buthelezi two storeys high runs the length of a wall in the foyer.

These two landmark buildings are not the only new private developments featuring art in new and interesting ways - and at scale!

At Jewel City in Joburg’s eastern CBD, where six blocks around Fox and Commissioner streets were redeveloped, Liesl Potgieter of arts project management company PLNTH commissioned street artists to create a series of public murals that cover the sides of entire buildings.

In Braamfontein,  City Property commissioned artist Hannelie Coetzee to create a 160m-tall mosaic mural on the side of one of its buildings. She also created a large-scale sculpture and another mural for the new development at Sandton Gate. 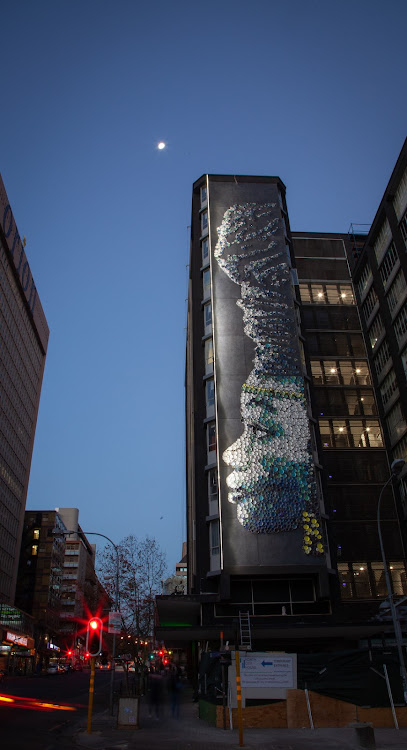 'Ndzundza' - a 160m-tall portrait on the side of a building in Braamfontein - by artist Hannelie Coetzee.
Image: Supplied

Of course, it’s not unusual for art and architecture to cross over.

Stephen Hobbs, one of the founders of The Trinity Session, points out that artistic elements have been included in buildings throughout the ages, and around the world.

But there seems to be something distinctive about these recent examples in Joburg, which belong to a particular story about the city.

I spoke at length to Hobbs about the complex web of events, personalities and circumstances that has shaped the relationship between art and development in postapartheid Joburg. He explains that the city is quite unusual in that it actually has a policy that allocates 1% of its development budget to public art.

Since its inception in the early 2000s, The Trinity Session has been involved in creating and curating public art for the city’s developments. This is quite different from the top-down branding of public space with statues and monuments, or simple decoration. Its work harnesses the broader processes around artistic production to engage with local communities and involve them in new developments. It’s not just about creating murals or statues, but also about facilitating social and cultural engagement with local communities.

“Stakeholder participation”, as Hobbs puts it, is used to “extract” cultural value and translate it into artworks that create among locals a sense of belonging, of investment in and ownership of new developments. The idea is to “activate” these new developments, whether they’re libraries, parks, community centres or heritage sites, bring them to life once they’re complete, and “do something that adds another layer of meaning to this piece of built infrastructure” and give it an “identity over and above its function”. 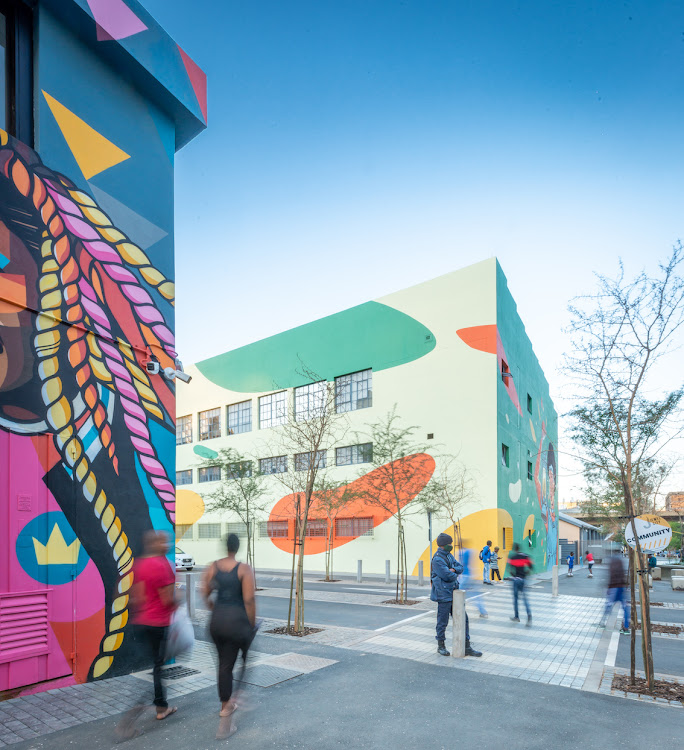 The Trinity Session was involved in some of Johannesburg’s earliest urban rejuvenation projects. Among its first successes were the distinctive laser-cut metal trees in and around Juta Street in Braamfontein, dating back to 2005. These were created on a shoestring budget, but became a significant element of the revival of the area, demonstrating the potential of public art to bring parts of the city back to life.

Other fundraising initiatives led to the commissioning of landmark works such as the concrete Eland in Braamfontein by Clive van den Berg.

At one point, the rhetoric surrounding the branding of Joburg as a “world-class African city” and the development and exposure that came with the Fifa World Cup in 2010 precipitated the commissioning of a public artwork by a big-name “blue chip” local artist. The result was Fire Walker by William Kentridge and Gerhard Marx at the foot of the Queen Elizabeth Bridge.

The Trinity Session was also active in the Maboneng Precinct in its heyday, a development on Joburg’s eastern edge preceding Jewel City that keenly understood the role of art and creative communities in the process of urban rejuvenation.

As local art markets have “matured quite radically in the past 10 years”, according to Hobbs, and art fairs have brought together arts and business communities in new ways, new connections have been facilitated between the world of art and development. Private developers have gained a keen understanding of the ways in which art can add layers of meaning to a development, give it life and character, even prestige, contribute to the public realm around it and help “complete an experience of the building”. 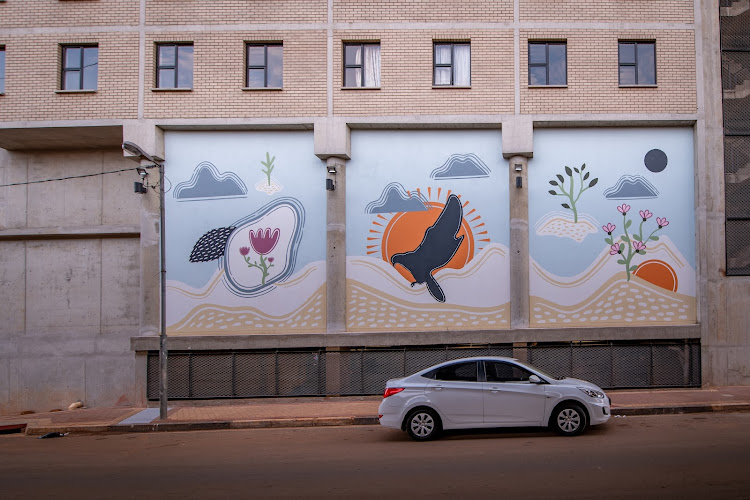 A host of coincidences and characters pop up over and over again — for example, Enrico Daffonchio, The Bank’s architect, was central to the development of Maboneng, while Mark Seftel, CEO and co-founder of Workshop17, set up an early co-working space in Maboneng, where David Krut has a workshop.

Hobbs points out that the private sector also seems to have gained a level of confidence in expressing itself in a way that is simultaneously local and aspirational, and that artworks are more frequently commissioned for “space between the volumes and the finishings ... and that’s where you have the most sophisticated aesthetic response”.

Despite its neoclassical style (a weirdly timeless, placeless aesthetic that probably has more to do with the developer’s branding than anything else), The Leonardo bills itself as a uniquely African symbol of hope, a beacon of inspiration and an icon of achievement. 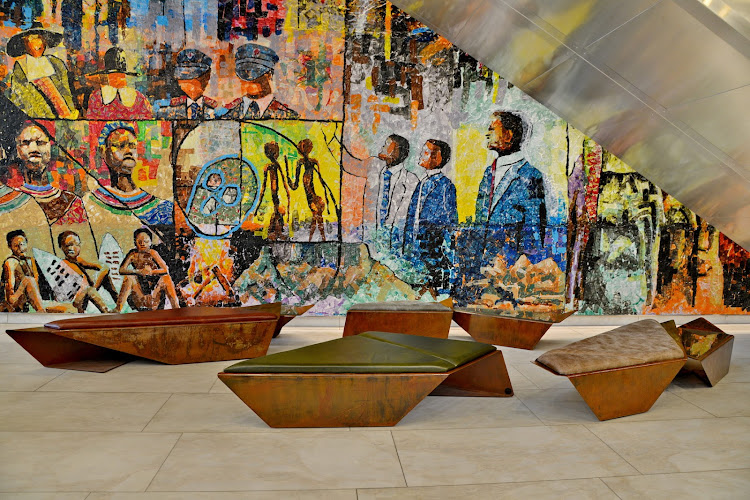 Buthelezi’s mural in the foyer, using his signature medium in which he “paints” with melted plastic, tells a story of local innovation and transformation. He developed his technique out of necessity: he couldn’t afford paint, so he resorted to using melted plastic from the discarded cool drink bottles that litter the city. The medium itself is thus a by-product of urban decay — litter polluting public space — transformed into something precious: art.

Art, in turn, has helped rejuvenate certain litter-strewn, decaying urban areas, as the trajectory of The Trinity Session’s work demonstrates. And now, something of that story is being reprised in some of the most prestigious buildings in the city: the tallest building; the richest square mile.

Fire Walker, for many years neglected and left to rust, was in danger of looking like the promise of inner-city revival abandoned rather than an emblem of the city’s rich cultural life. Now, when you look at Joburg’s alternative CBDs in Sandton and Rosebank, you can see how its legacy has indeed resulted in something “blue chip” rising from the inner city. Some recent maintenance has spruced up the sculpture. Could the story be coming full circle?

• Click here to find out how to sign up for a free monthly email newsletter from The Edit team.

A new book on the work of the acclaimed local architect is a well-timed tribute to the singular vision of a man ahead of his time, writes Graham Wood
Lifestyle
8 months ago

Architects have been straying from the century-old modernist template to experiment with decoration, space and materials
Lifestyle
1 year ago

The JCAF's latest exhibit offers you the chance to see seminal works by artists working over the past half a century in Latin America, the US and ...
Lifestyle
11 months ago