Steve Baron, who quit his job as a chartered accountant to flip houses, has become a YouTube sensation, but he says it’s harder work and more risky 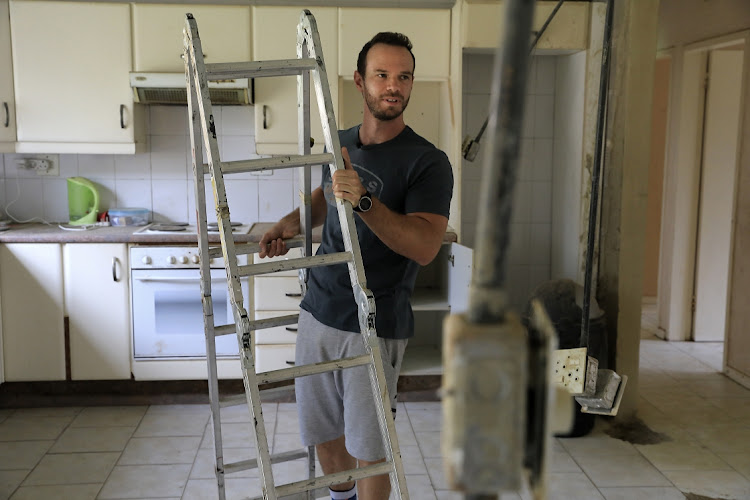 Steve Baron loves flipping houses but he says isn’t nearly as easy as it appears on his YouTube videos, and there’s the risk of losing money unless you do your research properly.
Image: Alon Skuy

He’s not yet 30 years old, but already Steve Baron has abandoned a career as a chartered accountant and reinvented himself as a “house flipper” with an international online following.

His idea to share tips and advice with house renovators and property investors during lockdown has turned into an enormous success story that has netted him more than a million YouTube views. His most popular video documents the remaking of a house that netted a profit of almost R1m in 65 days.

He now moves from one project to the next, sharing his journey on numerous social media platforms. Flipping a house involves buying a rundown property at a knockdown price, quickly renovating and selling it for a profit. It’s a risky game, and something Baron started on the side in 2016 when his first property investment unintentionally turned into a flip.

Keeping it in the family, dad Arthur Baron is an estate agent who sells the renovated properties, while musician brother Daniel provides jingles for the videos.

Baron bought a townhouse at the age of 24 and offered it for rent. When the tenants moved out he was horrified to see how much damage had been done to the unit. So he decided to renovate and sell it. 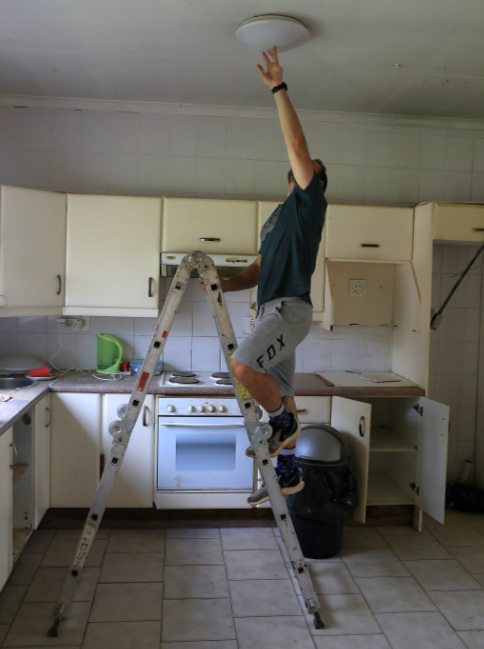 Steve Baron at a house he is renovating in Weltervreden Park.
Image: Alon Skuy

“I made a really decent profit, and then I was hooked,” he said.

Two years later, after serving his articles, he walked out of his accounting job, pulled together his savings, found investors and started flipping full time.

“It was risky, and a lot of hard work. Harder than corporate,” he said. He recruited a “selection of guys” — architects, certified builders, carpenters, engineers, tilers, plumbers and electricians all feature among the experts he consulted as he oversaw operations as the project manager.

“During lockdown I decided to open up to my more creative side. I’ve always had a keen interest in photography and filming so I already had quite a collection of before-and-after pictures. I decided to put together a proper portfolio of all my projects and make short videos offering advice and tips,” he said.

It was then that he created “Flipping Johannesburg” — a brand with a YouTube channel and a growing following on Instagram and Facebook. As the idea spiralled he called in a team of filmmakers to track his progress on a project from start to finish. This led to a 26-minute episode documenting “Project H”. Now his most successful video to date, the piece shows how he bought a house in Berario, Johannesburg, for R1.3m, spent R858,000 renovating it and sold it 65 days later for R3.3m. After settling sales costs of R172,000, he notched up a profit of R970,000.

But, he says, it’s not as easy as it appears in his big success story. He muses that while flipping can pay off, there’s the distinct possibility of losses unless you “pay the right price, use solid contractors, do your research and know the market you are dealing in — among a million other things”.

He recommends using a good staging company to furnish, decorate and dress the finished property for maximum impact on show days.

“Project H was my biggest full project and the first one I filmed. It was the most dramatic, the most work, the most fun and the most money,” he said, describing his latest flip, Project O, as smaller but as exciting.

“I’ve been here a couple of weeks,” he said, indicating a gutted kitchen and extended driveway. “But I think it’s time to do a piece on loadshedding. That’s a real kicker for my overseas audience, who love our quirks here in South Africa.”

Asked if he’s thought of doing his own TV show, Baron said: “I’m in talks with some people about some things. Meanwhile I plan to keep grafting — and YouTube is such a cool platform. I’m a one-man project. It might be awesome to become a TV star but it’s also great to own your own brand and retain complete control over everything.”