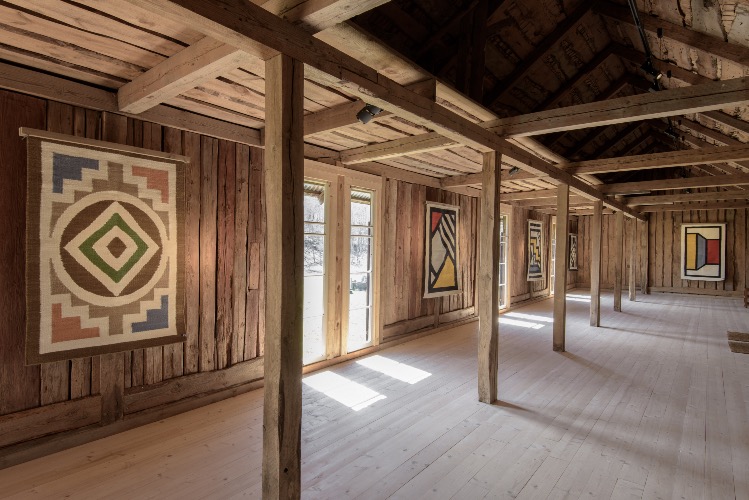 A selection of handcrafted rugs by The Ninevites.
Image: Supplied

“The interior design space needs a little more diversity,” Nkuli Mlangeni-Berg, the entrepreneur behind design studio The Ninevites tells me over the phone, speaking from Sweden, where she is based. It’s a concern one often hears, across SA’s creative industries, but it’s not often that tangible solutions are given. That said, for Mlangeni-Berg, collaboration is key.

Ever since arriving on the scene, scoring accolades like the Design Indaba Most Beautiful Object for The Ninevites’ handwoven Sankara rug in 2017, she has consistently made efforts to bring together like-minded people in an effort to make space for under-told narratives. Through Lesela, a print publication in collaboration with The British Council, and with the help of Leila Khalifa and Uma Ramiah, Mlangeni-Berg brought together stories honouring and exploring connections between people and textiles across the African continent.

Mlangeni-Berg’s love for textiles begins with fashion, having worked as a stylist. “It evolved because I wanted to gain a better understanding of where fabrics come from, as well as the different cultures,” she says. “I travelled across the continent and southern Africa and came to realise that fabric is not just fabric. It’s an archive. It’s history. It tells stories.” She learned how communities have for a long time depended on nature and the land at their disposal to create fabrics sans the use of machines, weaving and dyeing fabrics from plant material. Some of these ancient techniques come from the West Africa region, for example. While tracing their inception is a difficult exercise, many are said to have roots in the ancient trading city of Kano, Nigeria. It is home to Kofar Mata, where dyeing pits founded around 1498 are known to be the oldest in Africa and the last of their kind. 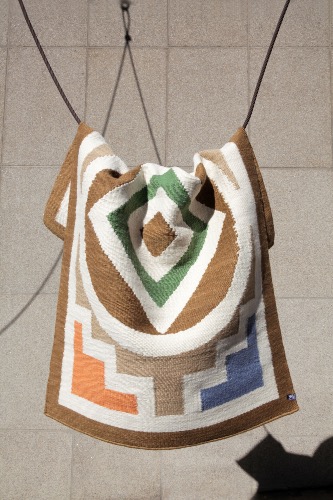 The Nomzamo by The Ninevites.
Image: Supplied 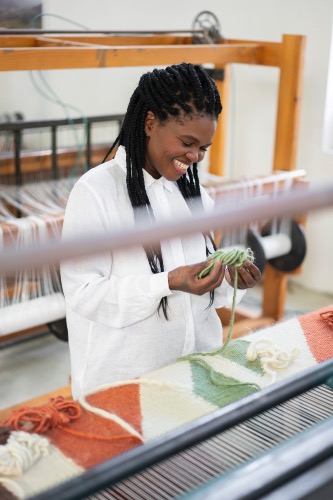 Nkuli Mlangeni-Berg from The Ninevites in the process of crafting another masterpiece.
Image: Supplied

I ask Mlangeni-Berg if she knows of any similar stories from southern Africa, to which she responds: “South Africa mostly has a history of basket weaving and beading but we also have mohair here which comes from the angora goats. My rugs are made from mohair produced in the Eastern Cape.”

“I think a lot of it boils down to a lack of documentation. We just need to get better at documenting these histories, and it’s not just fabrics. I’m interested in ceramics and basket weaving, too, but it’s all undocumented. A lot of women in rural areas feed themselves from this craft, so I’m learning how it supports a lot of communities as well.”

Her curiosity led Mlangeni-Berg to the Rorke’s Drift Art & Craft Centre. Founded in 1962, the centre in KwaZulu-Natal has had a significant impact on the development of arts and craft in the region for the better part of the last century. “Some of the earliest weavers I’ve come across came from there,” she says. “There are many we don’t get to hear about, like master weaver Joseph Ndlovu.”

Ndlovu died recently before his massive tapestry of late artist Ernest Mancoba’s oil painting L’Ancētre (1969-71) was donated to the Constitutional Court Trust by the Art and Ubuntu Trust. 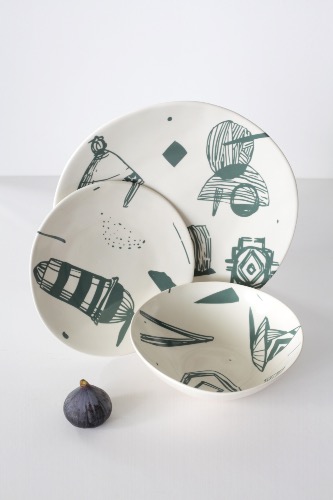 Mlangeni-Berg’s interests go further than history, however, as she aims for collaborations with artists across disciplines to weave together the past, present and future, bringing forth new narratives and ways of looking at and documenting the stories that inform her own work.

Her most recent collaborations include a collection of ceramics and napkins with Cape Town-based artist Wayne BKS, also known as Conform. “I love Wayne’s work,” Mlangeni-Berg says of the graphic designer and street artist she met over a decade ago through work. “His work has a childlike energy and one of my missions is to work with people whose work is not conventional.”

Just before the pandemic hit, Mlangeni-Berg found herself back in Sweden, where she had been before, studying at the Kaospilot School for Creative Leadership. She has showcased The Ninevites at Maison Chateau Rouge in Paris alongside fellow African artists from Tunisia, Ghana, Ethiopia and Senegal. Other exhibitions have followed, but true to her vision of channelling resources back to the continent, Mlangeni-Berg recently announced an artists-in-residence collaboration with Gamleby Photo Grant, funded by the Tjustbygdens Sparbank.

“I thought it would be great to work with different artists to interpret weaving in different ways,” Mlangeni-Berg explains. “It could evolve into something bigger, but the residency is about getting together to figure out how we can go about this. We’re trying to envision something that can travel.”

She adds: “Ninevites depends on others to work. I have resources here in Sweden now and I want to share that. I know what my own strengths are, but there are certain things I know I can’t do, so it’s important to me to bring those skills and people together.”

It’s also perhaps a way for Mlangeni-Berg to stay in touch with her inspiration – “the colours of Johannesburg” back home in South Africa. “Collaboration becomes important to keep that conversation going because, where do I find that in Sweden?”

If you're into beautiful, hand-crafted homeware, these are the names to know
Lifestyle
4 years ago

Meet the designer who creates the funkiest rugs in town

Designer, artist and founder of the Ninevites, Nonkuleleko Mlangeni is a lover of good food, music, dance and travelTell us a bit about yourself. I ...
Lifestyle
6 years ago

We need to appreciate what a craft this is, says '100 Beautiful Baskets' curator

Décor enthusiasts around the globe are cottoning on to materials inspired by our continent's diverse beauty and rich crafting traditions.
Lifestyle
9 months ago