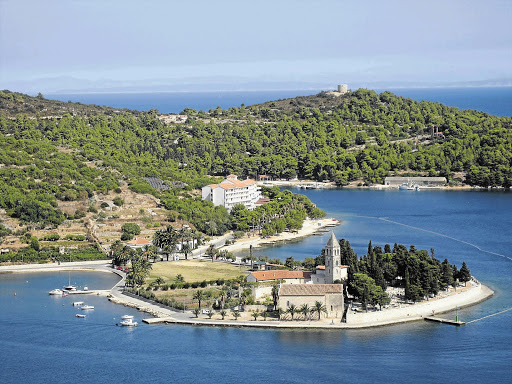 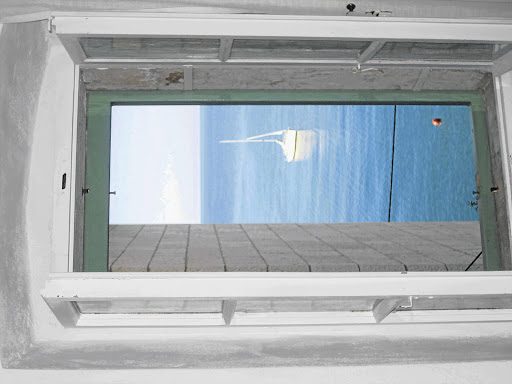 Shelley Seid enjoys the weird laws of time on a Croatian island, where the days race by - but very, very slowly

There are around 1200 islands in Croatia, so picking just one for a week's R&R was no easy task. We decided to narrow the field to those along the achingly gorgeous Dalmatian coast.

Among the dozens on offer were Solta, half-an-hour from Split and famous for its rosemary honey; Brac with its limestone quarries, the source of some of the materials used in the construction of the White House; and Hvar, island of choice for the rich and famous, where Prince Harry recently jumped fully clothed into a nightclub swimming pool. We certainly didn't want to go there.

We settled on Vis, the island furthest from the mainland, a two-hour schlep by ferry. The island had been a military naval base since World War 2, and was only opened to tourists in 1998.

Thus Vis was, according to every guide book and Croatian brochure, unspoilt, authentic, and filled with lush vegetation and mile upon mile of vineyards. We were sold. The woman who organised our accommodation in Croatia was not.

"Go to the island," she said. "Get off the ferry, leave Vis town immediately and drive west, to the little fishing village of Komiza."

The sense that 13 years is more than enough time for hordes of European tourists to spoil the unspoilt was reiterated by a man with whom we fell into conversation on our way to Split, from where we would catch the ferry to Vis.

Vis, according to Sloven, was "finished", "modern", a place that had lost its soul. Komiza, on the other hand, was "primitive" and "savage".

"Drink the magnificent wine," he advised. "It will knock your socks off. That's what you want. To drink wine in a place that is wild, untamed."

Embellishments aside, he was right. Vis town was buzzing and busy. We rented a car and immediately made our way to the other side of the mountain, a full 10km trek.

The perilous mountain road, as narrow as a car and devoid of barriers, is best taken at around 15km/h - especially when it's your first experience of driving on the right.

My back in a stress-induced spasm, we rounded the highest point of Hum mountain, 500m above sea level, and got our first view of Komiza.

Built into the base of the mountain, set in a bay and surrounded by that untouched, lush vegetation we were promised, it was so perfectly idyllic that an Italian aria began to play in my head.

Island life has an odd effect on time. The days race by but very, very slowly. Our small room in a pension facing the bay was scrupulously clean and included a basic kitchenette in one corner, perfect for preparing breakfast or a light supper.

Through the single window, framed on both sides by the old limestone walls of the neighbouring houses, I could see the still, endless Adriatic, often with a yacht sailing past, always with a blue sky.

Our de-stressing was instant. Days were spent discovering hidden bays and coves, each more gorgeous than the last. We spent most of our evenings walking around the little harbour area, looking up at the 200-year-old houses that line the impossibly narrow streets, popping into tiny shops to buy all manner of tat, eating excellent pizzas and drinking strong Croatian coffee.

Costs, generally on a par with ours in South Africa, are bargain basement for Europeans. On our excursion to the Blue Cave, Rudolph, a Swiss banker, confessed that he had budgeted 2500 Swiss francs (about R22500) for his two-week holiday and, try as he might, hadn't managed to spend half. We tried to look sympathetic.

The Blue Cave is a popular destination for the midday light that penetrates the cave and turns the surrounds an eerie blue. You may be the 23rd boat in the queue and only get to spend five minutes in the cave but it's a natural wonder that is not to be missed.

Of course, the other natural wonder that we were looking forward to was the wine of Vis, that wild and untamed nectar that would knock our socks off.

Unfortunately, it was the quest for the wine that floored us. It's not the "pop in, pay a couple of bucks, sample the wine and move on" scenario of the Western Cape. We discovered, after many stops, great frustration and a growing thirst, that you are meant to select a venue, book a lunch, usually with a group, buy some wine and mellow out for the afternoon.

Eventually I consulted my guide book and we headed for a wine cellar situated in a maze of caves that offered daily tastings. It was a novel sight, but we weren't there for long. You should have booked, we were told.

Exhausted, we resorted to getting wine at the only place that didn't require a booking - the local supermarket - and drank a bottle of lousy white Vugava out of tumblers in our room.

Take a car ferry (around two hours) or catamaran (slightly faster) from Split. Book at the Jadrolinija Ferry office near the central bus terminal a couple of hours before the trip.

TRANSPORT ON THE ISLAND

It's useful to have some mode of transport as buses are limited and won't take you to the many hidden spots around the island. Options include scooters, bikes and cars. Your SA driver's licence is all you need. We used the helpful and professional Navigator Tourist Agency and paid around R400 per day, all inclusive (excluding petrol). Their office is directly opposite the ferry port, and they also arrange excursions and accommodation. Visit www.navigator.hr.

ACCOMMODATION ON THE ISLAND

There are only a handful of hotels in Vis and just one in Komiza. Your best option is an apartment or a room. There are many options available online.

South African citizens need a visa to travel to Croatia.