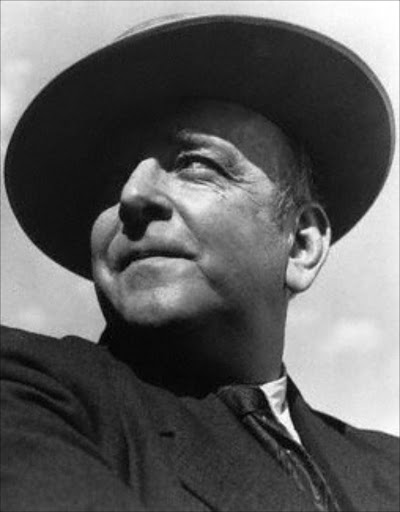 ROY Campbell, in the opinion of most South African literary people, is still the best poet the country has ever produced. As a young man, he won the respect of the UK’s literary elite — including TS Eliot — in the late 1920s. This was based initially on his epic poem Flaming Terrapin, written shortly after his marriage to Mary Garman.

Coming down from Oxford, he was taken over by the Bloomsbury literary set. Possibly hiding a number of deep-seated insecurities, he tended to play up to the image of a wild boy and tough outdoorsman, which earned him the nickname Zulu. Later, he ridiculed these literati and their pretensions in a long, highly sarcastic satire, The Georgiad, but, at one stage, people were predicting that he would become the foremost poet of his era.

What, for a time, completely derailed him and left a permanent scar on his psyche was his beautiful wife’s short-lived affair with Victoria (Vita) Sackville-West, the poet and country gardens expert. In later life, when Alan Paton set out to write Campbell’s biography, it was Mary Campbell’s absolute refusal to discuss this topic that led to Paton’s abandoning the book. Paton, quite rightly, regarded this as the turning point in Campbell’s life.

For much of his life, Campbell, turning his back on the literary Brits, lived in Europe — France, Spain and Portugal — and he had a wonderful knack for picking up the local languages in a very short space of time. Just how good he was to become at this was shown later when he translated St John of the Cross’s mystical and other Spanish and Portuguese poetry.

Wherever Campbell settled, he tended to become something of a legend, famous among and much liked by the locals, whom he always accepted on equal terms. He took part in cattle-herding, bull-fighting and the particularly dangerous pastime of boat-jousting, which on the French south coast, along with rugby, was always seen as a true test of manhood. For those not familiar with this sport, it should be explained that rival jousters with shields and lances, perched on high platforms above motor-driven launches, would charge at and seek to dislodge each other. Needless to say, occasionally the lance would hit the man not the shield or an unfortunate jouster would end up falling 3m or 4m into his own boat.

Although psychologically “damaged” by his wife’s affair, Campbell retained his vitality, his love of life and his verve right until his death — and it was these qualities in his poetry that another young South African poet, Uys Krige, particularly admired.

As a young man in 1932, Krige found himself at Marseilles on the south coast of France. Learning that Campbell and his family were living at Martigues, he took a bus early one morning to find him.

Disembarking in the town square, he made enquiries as to where Campbell was living. The local postmaster, quoting French law, said he was absolutely not permitted to divulge this information, but somehow Krige picked up a hint that Campbell lived to the west of the town. He set out walking in that direction.

In the piece that he wrote later (in Afrikaans) on this important day in his life, Krige recorded that the road was initially lined on both sides with tall plane trees, the large leaves of which had a “rooigoue glans” (a red gold sheen), and nightingales sang to him as if they had only one purpose in life, to encourage him in his search for his fellow South African. He felt, he wrote later, as if he was walking through a Cézanne landscape with vineyards, fruit and olive trees on both sides, with l’Estaque right behind him and Mont Sainte Victoire dead ahead, both of which, of course, Cézanne painted regularly.

Questioning local farmers, Krige was able to find Campbell’s house within an hour. This turned out to be a typical, old French Provençal two-storey farmstead with light brown walls, large red tiles and a well in the garden.

Krige had, of course, come unannounced and had no idea how he would be received. The door was opened by a large maidservant, whom Krige took at first to be Campbell’s wife. She soon disillusioned him and told him Campbell was asleep upstairs. However, she said, it was definitely time he got up and she would wake him.

When Campbell, at the time 30 years old, appeared, Krige noticed immediately that he had obviously slept in his clothes, an old pair of sailor’s trousers and a crumpled dark-blue pullover. He was a very big man with broad shoulders and a strong, welcoming handshake. He appeared to be totally invigorated by the arrival of his unannounced guest.

His eyes, said Krige, could never be forgotten: they shone with vitality and were at the same time both intimately friendly and mysterious.

When Campbell opened his mouth, Krige received a shock: the South African accent was so rough and raw you could, he wrote, have cut it with a Knysna lumberman’s saw — it was certainly far more pronounced than Krige’s own Afrikaans accent.

The day that followed left an abiding impression on Krige’s consciousness and did much to confirm his vocation as a poet. Explaining that he had had a night out with the locals (a common experience for him), Campbell went to the well and emptied a bucket of cold water over his head. Then, already feeling better, he put Krige and a massive flagon of local wine onto the very uncomfortable crossbar of his bicycle and pedalled off to Martigues.

Revelling in the presence of another literary man — and a South African at that — Campbell, never short of breath despite his pedalling the bike at sometimes alarming speed, poured a running commentary into Krige’s ear. This covered, in a few short minutes, his love of the poets Byron and Pope; French Provençal rugby, which, he said, was played with a verve South Africa could never imitate; Rimbaud, Baudelaire and many other poets. To Krige’s amazement, Campbell could — and did — quote whole chunks of poetry in English, French and Spanish.

His discourse moved on to Valéry, bull fighting (the local matador Domingo Ortega was compared to Achilles in action), Apollinaire, Villon, Corbière, Mallarmé — and then they reached the local bistro.

Campbell then, as often in the future, immediately attracted a crowd, in this case made up of three fishermen, a French aristocrat, a sculptor, a Spanish motor car hirer, a shoemaker, a former circus clown, a retired wrestler, a grave digger and an Irish guitar player. Campbell’s entrancing, fiery conversation, his verbal cuts and thrusts continued, lighting Krige up with new insights and a new appreciation of how a poet could live out his own ideal.

The two only returned to the farmhouse at 8.30pm that night, where, for the first time, Campbell introduced Krige to his wife and to their two daughters.

Next morning, wrote Krige, he and Campbell still seemed to have a great deal to talk about and Campbell continued, with a “flying frenzy rolling” to hold forth. Campbell left that afternoon, exhausted but exhilarated by the encounter.

A friendship developed between the two, which was to last until Campbell’s death. (Both later settled in Spain, Campbell supporting the Franco side of the Civil War). In Krige’s view, Campbell remained the most poetic of poets until his dying day and he always cited him as a perfect example of how the true artist could, ignoring all obstacles, dedicate his life to his art. — © Tim Cartwright