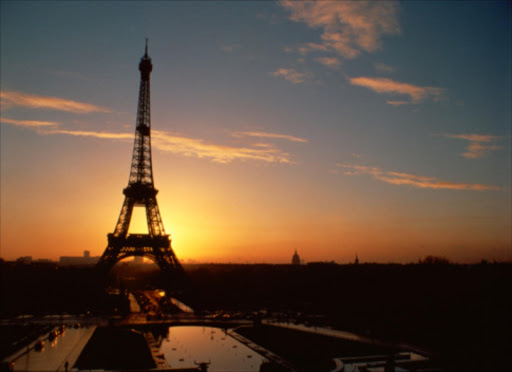 Of course it is possible to take the Metro from the Eiffel Tower to Montmartre but Paris is a wonderful city to explore on foot, taking in the city's numerous landmarks and stopping in its countless cafes and boulevard shops along the way.

While it is possible to cross the entire city in only a few hours, visitors to the City of Light are spoilt for choice when it comes to possible itineraries so the 10 routes listed below take in only some of what Paris has to offer.

- Visitors interested in discovering the city's historical centre should begin with a stroll on the two River Seine islands. The gothic masterpiece Notre Dame is located on the Ile-de-la-Cite while the neighbouring Saint-Louis offers one of the city's best picnic areas with views of the riverbank and stunning cathedral.

- The Marais is now probably best known for its thriving gay scene, crowded bars, trendy shops and restaurants. However, by walking through the area visitors can also discover lots of traces of Jewish life, including a synagogue with its Art Nouveau facade, kosher food stores and memorials to Jewish schoolchildren deported during World War II.

- Comfortable footwear is essential for the steep walk up to Montmartre but views from the Basilica of Sacre-Coeur on the crest of the hill makes the exertion worthwhile. The only downside is the huge number of fellow tourists, pushy souvenir sellers and street artists. The western part of the hill with its small houses and facades overgrown with plants is an infinitely more pleasant experience.

- Today almost nothing remains of the Bastille that was stormed by French revolutionaries in 1789 but the area is well worth a visit if only to explore the many beautiful courtyards and buildings which previously primarily housed the city's carpenters and joiners. The quarter is also home to the Marche d'Aligre, one of the most colourful and lively vegetable markets in Paris.

- The left bank of the Seine is a good place to look for traces of the Roman presence in Paris, such as the thermal baths near Cluny Museum and the amphitheatre where young boys now play football. A small diversion to the Pantheon, which has served both as a church and a temple of heroes, is also worthwhile.

- Thanks to its huge immigrant population, Paris has the advantage of offering visitors the chance to experience a tapestry of cultural life. The Tamil quarter near the Gare du Nord is full of places selling exotic herbs and spices, as well as shops offering traditional sari cloth and colourful statues of deities. You only have to stroll a couple of streets further before arriving in a predominantly African area.

- In good weather, a walk along the Canal Saint-Martin followed by a picnic in the shade of the stately plane trees is hard to beat. There are also numerous pleasant cafes and shops along the canal bank and in the small side-streets nearby.

- Visitors looking for style should head for the Boulevard Saint-Germain, where well-dressed Parisian women in high heels and men wearing blazers like to congregate.

- The French liked to make fun of former President Nicolas Sarkozy's love for the high life. A walk around the Elysee Palace, the official presidential residence, and along Rue du Faubourg Saint-Honore gives visitors sight of some the finest boutiques the city has to offer.

- Villa Mouzaia is one of the lesser known but more interesting Parisian quarters with its small houses and overgrown front gardens. The Parc Buttes Chaumont is nearby where tired walkers can relax with a glass of chilled white wine and watch the world go by from the terrace of the Cafe Rosa Bonheur.