5 of the biggest, coolest & craziest music festivals in SA 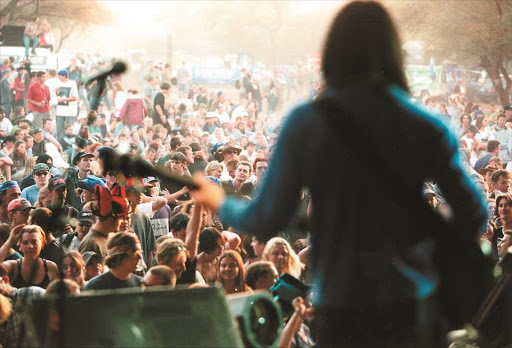 South Africans know how to throw a good party. It helps that we have loads of sunshine, a wealth of talented musicians and lots of open space – and we can dance. Here are five local music festivals where you can do just that

Rocking the Daisies offers vast line-up of South African talent which goes beyond live music – there’s also comedy and plenty of busking as musos get together for impromptu jam sessions. This year’s line-up features a mix of popular local and international acts like Majozi, Felix Laband (link underlined to related articles on each of these artists), The Kooks and Krafty Kuts.

Plenty of good food, nice camping in bucolic surroundings on a Cape wine estate and the very many chilled people you’ll meet are other reasons to go. Tickets for the weekend sell out fast so book yours soon.

Plan to go: This festival is on at Cloof Wine Estate, Darling, Western Cape from October 1-4, 2015. Visit rockingthedaisies.com/

South Africa’s longest-running – and biggest – music festival, “Splashy” is 25 years old. Park your tent, crack a cold one and let the tunes flow over you. Splashy Fen was all about folk music in the early days but now the line-up includes everything from rock to jazz as well.

From the air, the field will look like Woodstock in 1969 although the venue in the foothills of the Drakensberg is much more beautiful – and you won’t have to fight for tent space with a few hundred thousand hippies.

Plan to go: The next festival is planned for March 18-21 2016; it’s hosted on a farm near Underberg in the Southern Drakensburg.

The ‘Burn’s reputation grows stronger every year as thousands make the trek on the long and stony road to the Tankwa Karoo. AfrikaBurn is not a festival to which you can rock up on a whim - nothing is for sale there - except ice and you have to bring everything you need to survive a week in the desert: food, shelter and water. The organisers stress that the festival is about radical self-reliance and they aren’t joking.

Pack your car, leave your attitude most firmly at home and head for the desert and a week of pagan pyrotechnics and mind-expanding self-expression is all yours.

Plan to go: The next festival will be taking place from April 25 – May 1 2016 at Stonehenge Farm in the Tankwa Karoo, Northern Cape.

Live bands among the thorn trees on a farm in the North West bushveld. If you like rock music, camping, beer, braais, brandy, heat and dust, then come to Oppi. The organisers claim seven stages, 150 acts and 20,000 people who trek who trek to the farm near Northam every year for the spectacle, which includes plenty of the fans. This is where many local bands make their names, and if you love music, get in the car and drive. At night, the view from the koppie of campfires and torches twinkling in the dust will take your breath away.

The “KKNK” is a vast arts and culture festival which occupies Oudtshoorn for a week in the autumn. Much of the focus is on performance art and much of that is music. You can expect to dance to a diverse line-up: there’s jazz, Afrikaans pop-rock and a decent helping of country and blues.

Plan to go: The next festival takes place in Oudtshoorn, Klein Karroo, Western Cape from March 24 – 30 2016.