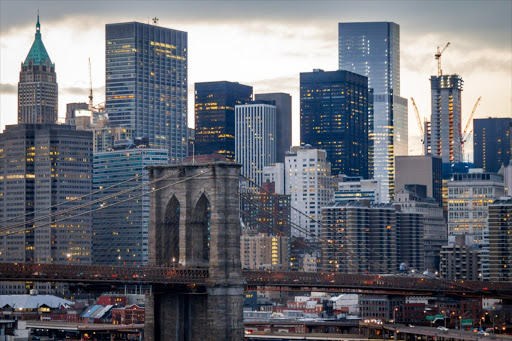 Despite rumours abounding on the Internet, South Africans DO need a visa to visit America.
Image: iStock

Gullible South Africans may have felt like they were on that episode of 'The Oprah Show' back in 2004 when she gave every audience member a Pontiac.

Only, this time it was US President Donald Trump doing the giving and would-be travellers to the US doing the ugly cry.

A fake news story spread across the web this weekend proclaiming that Trump had signed an executive order granting South Africans visa-free travel to the US.

The story on suspect websites such as USA Television and CNN Channel said the new order would permit SA-passport holders to stay “in the US for a maximum period of 180 days for Tourism or Business purposes only”.

Stays over 180 days would still require a visa and  South Africans with dual nationality, whose other passport was from one of those seven nations whose US visas Trump recently revoked (true story) —  Syria, Iran, Iran, Sudan, Libya, Somalia and Yemen — would not qualify for the visa waiver.

“Trump says this measure is to strengthen trade between the United States and South Africa,” the tricksters added.

Your first clue that it was all fake may have been to look at some of the other stories posted on those sites.

USA Television, for instance, bears other mad headlines including “South Africa legalizes incest” and another story that two African teams will play in the UEFA Champions League from 2017 — “To give teams from Africa the necessary recognition since the continent has been the major feed for players from the European clubs”.

Just in case, a call to the Visa Information Service Center, which helps with non-immigrant (temporary) visa information for the US Embassy in South Africa, confirmed that, for now, the old rules for South Africans seeking US visas apply.

HOW TO APPLY FOR A US TOURISM VISA

To apply for a tourist visa, you must first complete visa application form DS-160 online at the U.S. Department of State's Consular Electronic Application Center.

Then, head to the Official U.S. Visa Information and Appointment Service's website to schedule an appointment for a consular interview — advisably at least 60 days before the intended travel date.

As for the interview, applicants should be prepared to demonstrate their strong social, economic and/or family ties to South Africa as well as their purpose and duration of travel.

The average waiting time for an interview appointment in Johannesburg is currently seven days.

The Visa Information Service Center is open Monday to Friday, 8am - 8pm, for calls to answer questions, accept payments, and book appointments. Call 087-550-2160.