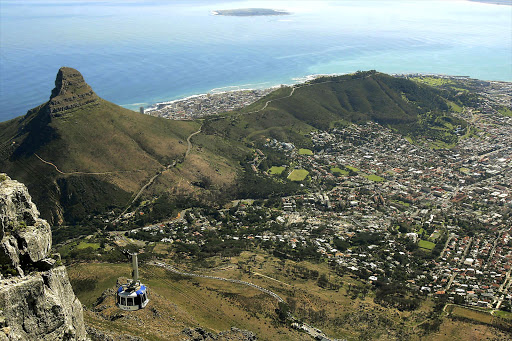 A highlight of the peak holiday season was the continued extraordinary growth in international passengers at Cape Town International Airport‚ according to the latest Aviation Barometer published by Airports Company South Africa (Acsa).

"International arrivals went up by 13.85% and international departures experienced a 15.69% growth in the fourth quarter compared to the same period in 2016‚" Acsa said of the Cape Town route.

The Barometer is based on the count of passengers using the network of nine airports owned and managed by the company in South Africa.

Durban and Cape Town grow in popularity among air travellers

King Shaka International Airport continued to enjoy solid growth in domestic passenger traffic with arrivals up 5.63% and departures up 6.17% in the fourth quarter of 2017 while connectivity between King Shaka International and regional airports such as Mthatha‚ East London and Port Elizabeth also grew with the opening of new routes by smaller airlines.

The difference a hospitality qualification makes to a previously disadvantaged youth

Mpumalanga recently welcomed over 200 graduates who will be working in the hospitality management sector.
Features
4 years ago

SAA eyes Africa lift from rise in flights to SA

Lufthansa group chairman and CEO Carsten Spohr says it had seen an increase in tourists visiting SA as well as South Africans using Lufthansa to ...
Business Times
4 years ago