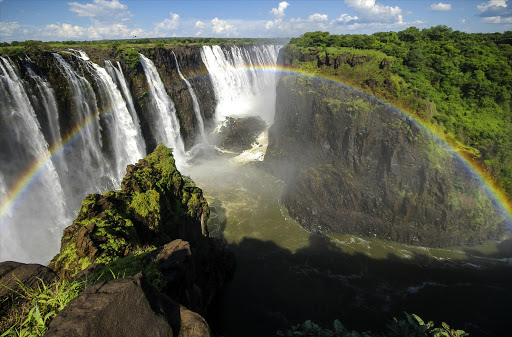 It is business as usual in the Zimbabwean tourist town of Victoria Falls‚ with a steady influx of tourists from Western countries‚ resulting in most hotels and lodges operating at near-full capacity.

Tour operators in the town also said there had been “no cancellations” in bookings experienced in the run-up to Monday’s election.

Clement Mukwasi‚ the president of the Employers Association for Tourism and Safari Operators‚ in fact said both accommodation and tourist activities were oddly enjoying brisk business.

He attributed the tourist arrivals to the peaceful environment currently prevailing in the run-up to the elections‚ a notable departure from previous elections such as the hotly-contested poll in 2008 that was marred by violence.

Earlier this month‚ 20 political parties contesting in the polls signed a peace pledge‚ in which they committed to upholding peace throughout the poll.

“Accommodation and activities are enjoying full capacity‚ although there is a bit of space in some lodges and hotels. The elections are coming during the peak tourism period and we are happy the industry has not been shaken as would have happened in previous elections. Maybe this is because of the way the political leaders have conducted themselves as there have been signs of tolerance which is healthy for tourism‚” Mukwasi said.

Fastjet will increase its flights between Harare and Victoria Falls by two additional frequencies from July 2‚ the airline said on Tuesday.
Lifestyle
3 years ago

Sun‚ sea and city life ensured that Cape Town and Johannesburg made it into the top 10 of TripAdvisor’s “Travelers’ Choice Awards for Best ...
Lifestyle
4 years ago

“People continue to book for accommodation and activities and those that booked earlier are honouring their bookings. So far we haven’t recorded any cancellations and no clients are asking to divert their destinations to elsewhere. We hope this will continue after the elections. What worries us though‚ are comments by some leaders who are threatening not to accept election results and this has the potential to destabilise tourism.”

Currently‚ there are no travel bans or warnings on Zimbabwe.

This has helped to boost tourist arrivals‚ with the government estimating that in the first quarter of this year‚ 17‚000 tourists had arrived in the tourist town - a 48% increase over the same period last year. Hotel occupancy in the town is currently estimated at 75%. Zwelithini Nyathi‚ the owner of Travel Executive in Victoria Falls‚ said this year’s elections were different from previous polls and the traditional peak tourism season had not been affected.

“It seems people don’t even seem to notice that there is an election and we are the ones who tell them when we interact with them. We are not seeing much of a difference as we are registering numbers that are expected of peak seasons‚” he said

Nicholas Mukarati‚ who owns an eatery and night club‚ said the town’s night life was booming and tourists were packing the thronging bars.