WATCH | 'Game of Thrones' sets to be turned into tourist attractions 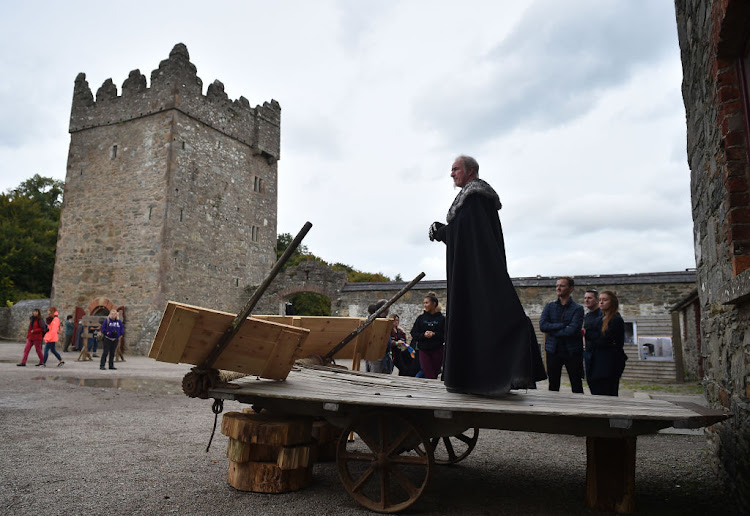 An actor entertains 'Game of Thrones' fans at the Winterfell Festival held at Castle Ward on September 16 2018 in Northern Ireland. Castle Ward doubles as Winterfell in the series.
Image: Charles McQuillan/Getty Images

While the final season of Game of Thrones may be on the horizon, the show's legacy will endure with the launch of a new GoT tourist attraction in Northern Ireland.

Tourism Ireland, Tourism Northern Ireland and HBO have released preliminary details on the opening of Game of Thrones Legacy, which will turn some of the iconic filming locations from the series into a tourist attraction that fans will be able to visit Ireland.

For nearly a decade, the dramatic landscapes, coastlines and castles of Northern Ireland have doubled as the fictional setting for Westeros.

WATCH | Game of Thrones sets to be turned into tourist attractions

Some of the sites being considered for inclusion in the tour include Winterfell, Castle Black and King's Landing, which will also exhibit props like costumes, weapons, set decorations, art files, models and other production materials.

A formal tour of Linen Mill Studios, where some of the scenes were shot, is also being considered.

HBO promises that the attraction will be on a "scale and scope bigger than anything the public has ever seen."

More details on the project will be released at a later date. A tentative opening date is set for 2019. The final season of the series airs is slated to premiere in the first half of 2019.

'Game of Thrones' castle up for sale for R8.6m

Part of Gosford Castle, which was used as a location in the third season of HBO's Game of Thrones, is up for sale. Six apartments in the historic ...
Lifestyle
4 years ago

Winter ISN'T coming in 2018: shows to fill the 'Game of Thrones' void

The wait no doubt feels interminable for 'Game of Thrones' fans who won't be getting their usual fix of Westeros action this year.
Lifestyle
4 years ago