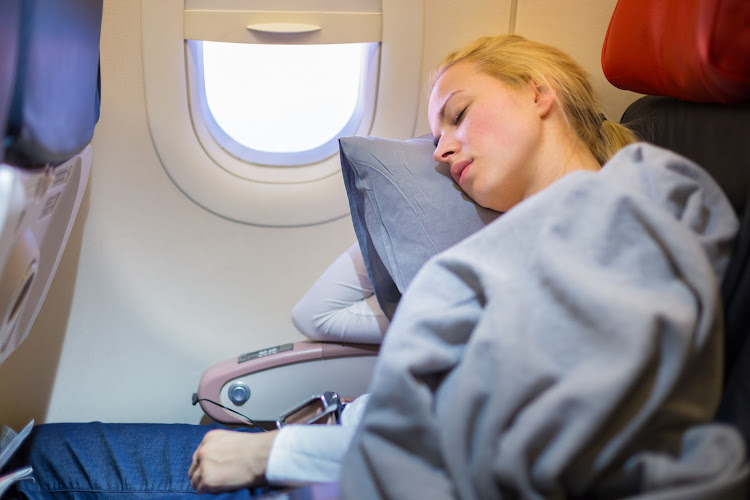 Don't carry too many valuables with you when you travel. The less you carry, the less you have to worry about while napping on a plane.
Image: 123RF/kasto

The only surprising thing about the shocking revelation that passengers were allegedly robbed of cash and jewellery while they slept on an SAA flight to Hong Kong is that it doesn't happen more often.

Maybe it's just me, but one of the reasons I don't sleep well on planes is because I'm always keeping half a beady eye on my fellow passengers who might want to rifle through my stuff while I'm slack-jawed and drooling and getting what the airlines laughingly like to call "a rest".

Think about it, though. Your bag is in the overhead bin, unlocked and stuffed in with a bunch of strangers' bags. Everyone's engrossed in their phones, movies or iPads, or hiding under an sleep mask, and the cabin lights are off. If that happened in a bus station in, say, Guadalajara, Mexico, you'd wake up not only totally unencumbered by personal items but also naked.

Passengers aboard an SAA flight were allegedly robbed in mid-air of cash and jewellery as they slept on a flight between Johannesburg and Hong Kong.
News
3 years ago

Can I ask for a second helping on a plane?

Why must the window blinds be open when a plane lands?