Yes, you can afford to go overseas! 5 rand-friendly holiday spots 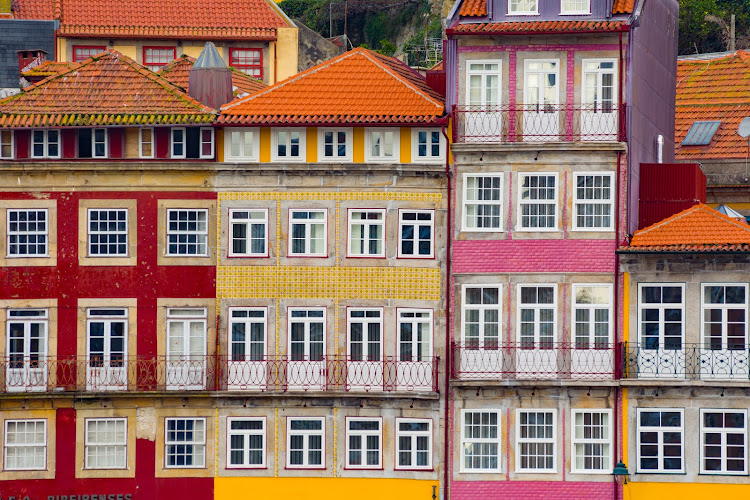 A view of colourful homes along the banks of the Douro river in Porto, Portugal.
Image: 123RF/aiisha5

The last 12 months have been a rollercoaster ride for anyone planning an overseas holiday. Depending on when you bought your forex, a greenback could have cost as little as R11.55, or as much as R15.30. And chances are - with elections on the horizon - that we can expect more of the same in the months ahead.

The solution? Pick a spot where you won't be shedding a silent tear at the cost of every piña colada. While the rand doesn't count for much in most of Europe and the US, there are corners of the globe where those bucks will take you places.

Here are five of the best:

Travel in Western Europe is prohibitively expensive - or is it? Portugal is proving a hit with local travellers, with its rand-friendly blend of history, culture and scenery.

"Portugal is in the eurozone so it's perceived as expensive but it can be very affordable," says Wally Gaynor, managing director of Club Travel. Also, "TAAG Angola Airlines has very reasonable fares to both Lisbon and Porto."

And these two cities have plenty to offer. The cobbled streets of Lisboa are rich with history and culture, from the lively Bairro Alto to the winding alleyways of the ancient Alfama district. To the south and east of Lisbon, the Alentejo region dishes up ancient forests and rugged coastal scenery.

Or head north to the second city of Porto. Straddling the Douro River - the "river of gold" - it's a city of cobbled squares and museums, historic cafés and quirky boutiques. It's also the home of port. There are historic "port houses" in the city, but the vineyards and cellars of the Unesco-listed Douro valley are just a few hours east by train.

As long as you avoid the pricey resorts of the Algarve, accommodation won't break the bank either. Twin-rooms on Airbnb start from as little as R200 a night, while an entire studio apartment can be had for around R600.

"Eating out in restaurants can be expensive, [but] a bottle of wine in a supermarket starts at around R30, so self-catering is a great option," adds Gaynor.

The "teardrop of India" is having its moment in the sun right now, with the editors at Lonely Planet ranking it the top country to visit in 2019. And they're not wrong, with this tiny island punching above its weight in everything from ancient temples to tropical beaches.

The capital city, Colombo, is equal parts charm and chaos. The colourful Pettah Market is an assault on the senses, while you can escape the packed streets pavements at Gangaramaya, the city's finest Buddhist temple.

Eating well won't cost a fortune here either. Sure, you can splash out on seafood at Ministry of Crab - co-owned by cricket legends Kumar Sangakkara and Mahela Jayawardene - but you can also snap up a plate of delicious kothu roti, a street-food staple across the island, on the beach-side Galle Face Green for just R30.

In many ways, Sri Lanka is a microcosm of India, but the gentler pace of life on this tiny island makes for a more relaxed travel experience, writes ...
Lifestyle
3 years ago

Beyond Colombo, head for the hills. The island's excellent train service is the best way to discover the scenic interior, where lush tea plantations and country villages define the landscape.

National parks deliver everything from wild elephants to birds, while the coastline is peppered with beach escapes. Watch those monsoons though: December to March is the best time to visit the hill country and southwest coast, while the east coast is sunniest between May and September.

While most of Southeast Asia offers exceptional value for South African travellers, Myanmar is worth adding to your 2019 to-do list. Unlike ever-popular Thailand and Vietnam, the country formerly known as Burma is largely off the tourist trail. 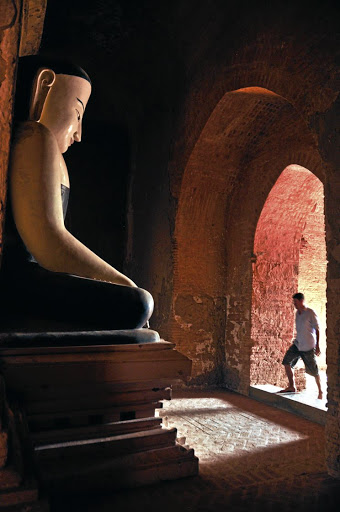 Head off the beaten track, and you'll have the ancient temples of Bagan, Myanmar, all to yourself.
Image: Richard Holmes

Start in the capital city of Yangon, where the Shwedagon Pagoda has dominated the skyline for more than 1,000 years. Today its golden spire is visible from across the city, but best admired at night from one of the city's rooftop bars. During the day, wander the city's downtown to discover Maha Bandula Park, Sule Pagoda and the colonial architecture of Pansodan Street.

Taxis are inexpensive, and food is laughably affordable if you eat at the right places. At 999 Shan Noodle Shop, a bowl of tofu and noodles won't set you back more than R15, while the staple breakfast dish of mohinga - rice noodle and fish soup - at Rangoon Tea House is a mere R25.

Transport isn't much more expensive, with a sleeper seat on the (admittedly rickety) overnight train to the temples of Bagan setting you back under R200.

It's a small price to pay to discover these Unesco-listed temples dating back to the 12th century. Further north, there's Inle Lake to explore, and the cultural charms of Mandalay to soak up.

To finish, spend your last Myanmar kyat on a flight back down south, to spend a few days on the pristine beaches of Ngapali and Kanthaya.

Argentina has long been a popular destination for South African travellers, but the withdrawal of direct flights and a strengthening Argentine peso slowly pushed the land of the gaucho and tango beyond the wallet of local travellers.

You can spend a fab week in Buenos Aires for under R9k. Here's how

From transport cards to free walking tours, Chris Moss has several money-saving hacks for a fabulous week in Argentina's most famous city
Lifestyle
3 years ago

But the value of the peso has plummeted over the past year, and the rand is nearly twice as valuable as it was 12 months ago, putting the charms of Buenos Aires within reach again. Inflation and the lengthy flight will take some of the shine off those savings, but Argentina hasn't been this affordable in years.

After a few days discovering the city dubbed the "Paris of South America", head into the countryside. Ignore overpriced Iguassu Falls - it's not a patch on Victoria Falls - and head for the town of San Carlos de Bariloche, where deep lakes and the towering Andes provide a scenic backdrop. 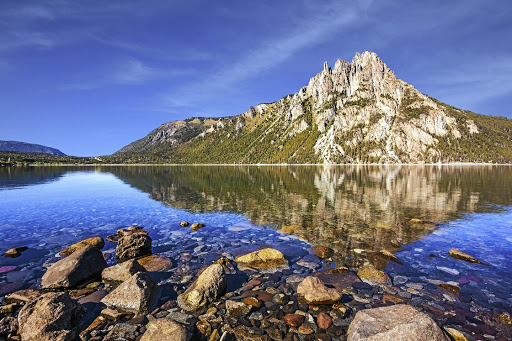 Next, book a ticket for El Calafate and the glacier of Perito Moreno, or set your sights on Tierra del Fuego and Ushuaia, the world's southernmost town.

Sitting at the crossroads of Europe and Asia, Turkey's collision of cultures and downright affordable living costs make it an excellent option. Several affordable flight options, direct or via the Middle East, don't hurt either.

THE COST OF DATA ABROAD

Budget or not, you'll want to stay in touch on the road. Here's what 1GB of data will cost you on your travels*.

*Approximate cost for sim card and 1GB of data, valid for a minimum of seven days.

"In Istanbul a three-course meal for two people in a mid-range restaurant will cost just over R230, while the same costs nearly R500 in Cape Town," says Teresa Richardson, managing director for The Travel Corporation, whose Trafalgar and Costsaver brands offer affordable guided-holiday options across Europe.

The musts for any first-time visit include Istanbul's Blue Mosque, Grand Bazaar, Bosphorus cruises and Topkapi Palace, but you'll also find excellent value on the Aegean coastline. If you can get a group together, sailing adventures on board a traditional gulet are an affordable option, with most sailing charters including all food and drinks on board.