Why are there no Michelin-starred restaurants in SA?

It's not that our chefs are rubbish, writes Elizabeth Sleith 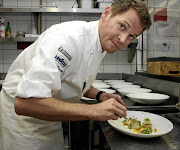 Q. Are there any Michelin-starred restaurants in South Africa? - Carla

The Michelin Guide began in 1900 as a road atlas for users of the eponymous tyres. To encourage road-tripping through France (and hence the use of more tyres), Michelin published a guide with information for drivers, such as where to find petrol stations and hotels. It was only in 1926 that it started having anonymous critics dish out stars to restaurants. Back then, one star meant a place was "good for its category", two meant it was worth a detour, and three meant it was "worth a special journey".

These days, of course, the stars are understood to promise some kind of heavenly culinary experience, though how one earns one, two or three stars is something of a mystery.

The reason there are no stars in SA is simply that Michelin's inspectors do not operate here, or anywhere in Africa. They cover much of Europe and Japan, some cities in the US, and other places such as Shangai, Singapore, Seoul, Rio and Bangkok.

There is, however, a South African chef who has earned a Michelin star for his efforts overseas. Jan-Hendrik Van der Westhuizen's JAN in Nice, France, has a Michelin star.