Some are fairly easy to reach for the average tourist; others will require you to dip into your access bond, writes Elizabeth Sleith 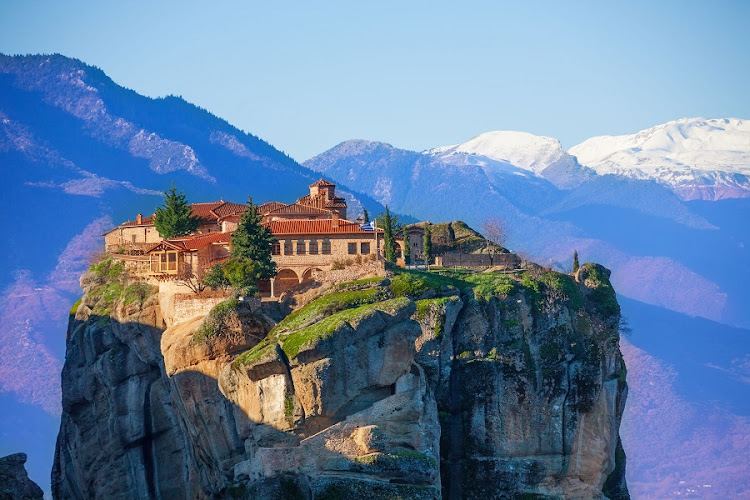 The Holy Trinity Monastery in Greece featured as the villian's hideout the 1981 Bond film, 'For Your Eyes Only'.
Image: 123RF/serrnovik

This is one of the famed 24 Metéora Monasteries built from the 14th century in central Greece - all of them teetering atop immense natural pillars and rounded boulders, high in the sky.

Holy Trinity, situated at the top of a precipice over 400m high, is one of the six that remain open. It served as the dramatic hideout for villain Kristatos in For Your Eyes Only (1981), whom Bond apprehends in the film's climax after scaling the rock.

Lying between the small towns of Kalambaka and Kastraki, all the monasteries can be reached by public bus - visitors then climb some stairs and tunnels carved into the rock to the top. Each monastery charges an entrance of €3 (R47) per person. Visit visitmeteora.travel.

Dr No (1962) was the first Bond film and undeniably features one of the most iconic - if not the quintessential - Bond scene: Ursula Andress as Honey Ryder emerging siren-like, in the world's most famous bikini, from the ocean onto a perfect white beach.

The beach itself, near the village of Ocho Rios, boasts a small waterfall that tumbles right into the sea and is often hailed as one of Jamaica's most beautiful spots - not least by the Urban Development Corporation, a government body that owns it and lets it out to groups for a minimum $1,000 for 75 people.

Unsurprisingly, it's a popular choice for weddings. According to Moon Jamaica, naughty day-trippers can access it by stepping over a barbed-wire fence to head down to it, and the security guards rarely trouble trespassers. See moonjamaica.com

Commonly known as the MI6 building, the real-life headquarters of the British Secret Intelligence Service, Bond's employer, are shown in several of the films.Architect Sir Terry Farrell's inspiration for the design was a combination of 1930s industrial modernist architecture and Mayan and Aztec religious temples. 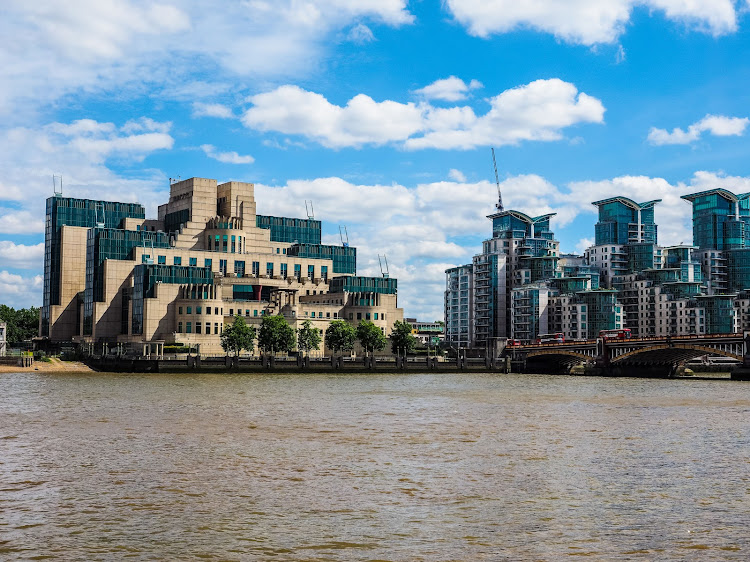 The architecture of London's SIS building was inspired in part by Mayan and Aztec religious temples.
Image: 123RF/claudiodivizia

he real building, however, at 85 Albert Embankment in Vauxhall, London, remains the real SIS HQ and travellers can get the best views of it from Vauxhall Bridge over the Thames. Be aware, though, that filming in the vicinity of the building is not allowed.

One of the Seven Wonders of the Ancient World, the Pyramids of Giza are a no-brainer for any self-respecting traveller. In search of a contact in The Spy Who Loved Me (1977), Bond arrives at the pyramids at night, inconveniently in the middle of a crowded laser show. Amazingly, the show - or a version thereof - in which music, lights and projected images against the pyramids and Sphinx are used to trace the history of ancient Egypt - is still running. You will find several operators offering tickets and tours on viator.com. Priced from R400.

Even the world's most deadpan negotiator might lose their cool at the largest covered market in the world - where it seems like the proprietor of every one of its 4,000 stalls possesses an iron will when it comes to haggling over prices. 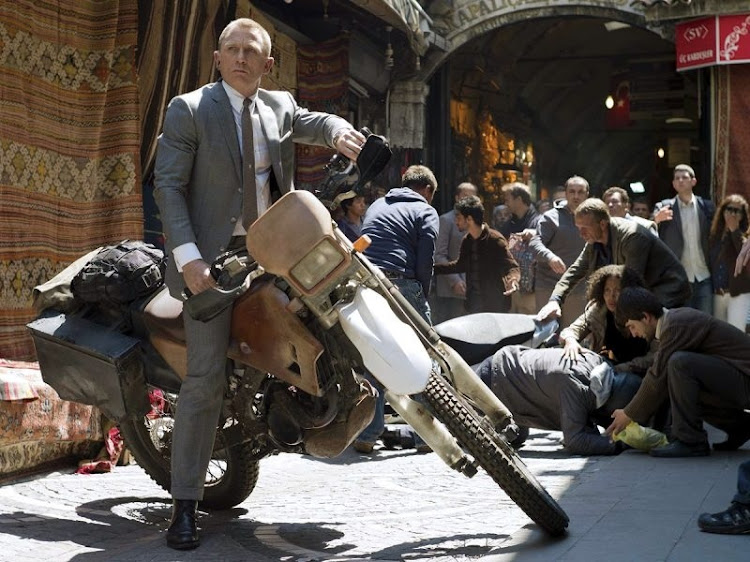 In Skyfall (2012), Bond arrives more determinedly than the most zealous of shoppers, jumping a motorbike through a store window in pursuit of a bad guy. Much mayhem ensues as the chase plays out through the bazaar's narrow, crowded alleys, and many an evil eye is cast in Bond's direction as he leaves torn-up carpets and smashed ceramics in his wake. It's almost as exhausting - and thrilling - as a day's bargain-hunting here can be. Visit grandbazaarshopping.com

The palatial, waterside villas and dramatic Alpine views of Italy's Lake Como feature strongly in 2006's Casino Royale. The one you can visit is on a peninsula near San Siro in the lake's northwest. In the film, it is the home of villain Mr White, and it is in front of it that Bond shoots his nemesis in the final scene. 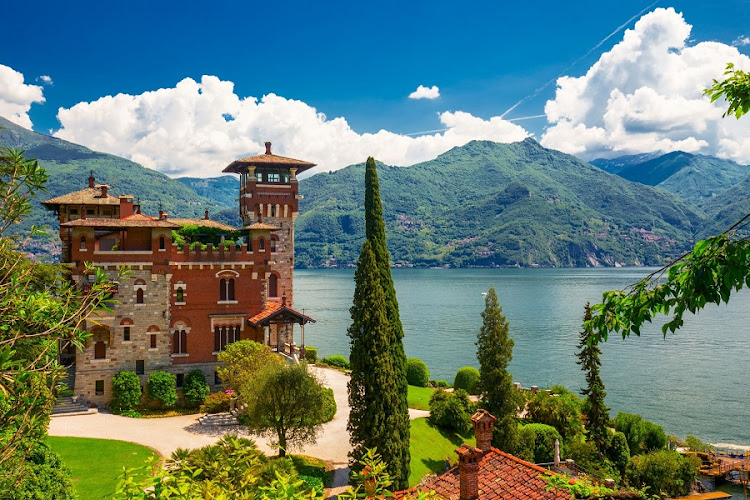 In real life, it is a multi-resident building with two (adjoining) one-bed apartments available for rent on the second floor. They come with a private entrance, access to the villa's 4,000 square metres of park-like grounds, and a private beach and boat dock. A test booking in August on booking.com, obeying the seven-night minimum, came in at R23,500 for two.

Naturally, France's most famous monument is a bucket-list item for everyone, but Bond fans give it extra kudos for being the site of one of the franchise's most jaw-dropping stunts by one of its most bad-ass villains. Grace Jones, as May Day, leaps from the tower mid-battle with Bond in 1985's A View to a Kill - and escapes by deploying a parachute.

The footage was achieved by the building of a platform extending from the tower - to give the stuntman proper clearance for the jump. You can't do that, but you can visit the tower. Just be prepared for your own (mental) fight scene - it attracts an estimated 7-million visitors a year. Visit toureiffel.paris

Ian Fleming was a 34-year-old commander in the British Navy when, in 1942, he was sent to the Caribbean. A few years later, in 1946, when he learnt that 6ha of overgrown seaside land was up for sale in Oracabessa Bay, Jamaica, he snapped it up and built his dream villa there, naming it GoldenEye - which had been the codename of an intelligence operation he had worked on during the war.

One of the lagoon villas at GoldenEye.
Image: goldeneye.com

It was in that idyllic location on the island's north coast, amid tropical gardens on the edge of a blissful sea, that he wrote all 13 Bond novels, later famously saying: "Would these books have been born if I had not been living in the gorgeous vacuum of a Jamaican holiday? I doubt it."

Today, GoldenEye is a hip and uber-private resort with a rustic aesthetic, that's frequently featured on travel publications' "best of" lists. Fleming's villa remains part of, but is separate from, the main resort with its own private beach, pool, butler and tropical gardens.

From $600 per night. Visit goldeneye.com

BOND IN SA? CLOSE BUT NO CIGAR

Bond has never been to South Africa though he does come closest in Diamonds are Forever (1971), which opens with him being briefed by M on a suspected smuggling ring operating out of SA - "where 80% of the worlds diamonds are mined".

As the narration continues, the footage cuts to "SA": two khaki-clad, clear baddies in the bos, admiring a scorpion. "One is never too old to learn from a master," the one ominously tells the other. Moments later they use the scorpion to commit a murder.

The setting certainly has an air of bush about it, but these scenes were filmed in the Nevada desert outside Las Vegas.

Meanwhile, back in London, Bond tells his bosses: "I've always rather fancied a trip to South Africa," to which M replies: "You're going to Holland." Damn.

Our other close call was in 2011, when director Sam Mendes confirmed that parts of the 23rd Bond film (Skyfall) would be filmed in SA, but the idea was later scrapped. Double damn.

Chris Pang, star of 'Crazy Rich Asians', sings the praises of the city where the Hollywood blockbuster was shot. He shares tips on where to stay, eat ...
Lifestyle
3 years ago

Belfast is the new home of the Iron Throne ... for now

A travelling Game of Thrones exhibition has opened in Belfast, with a Northern Ireland studio tour slated to start next year
Lifestyle
2 years ago