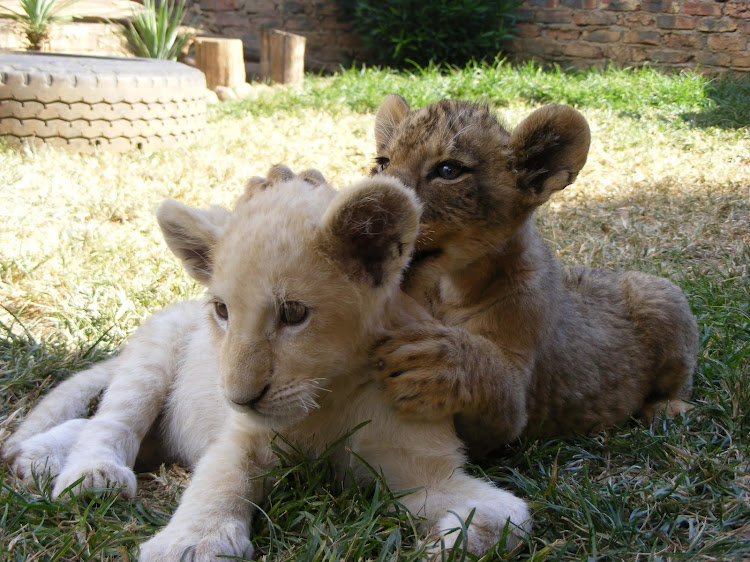 The 'Blood Lions' documentary exposes unethical practises associated with wildlife interactive tourism, including cub petting and walking with lions. It depicts how captive bred or tame lions continue to be killed in canned hunts and hundreds more slaughtered annually for the lion bone trade to Asia.
Image: BloodLions.org

Petting of lion cubs has been stopped, with immediate effect, at the Rhino and Lion Nature Reserve in the Cradle of Humankind, west of Johannesburg.

“The reserve is refocusing its efforts on animal welfare ... What was acceptable in 1990 when the reserve first opened to the public, may no longer be acceptable in 2019,” said Jessica Khupe, the reserve's brand manager.

Recent campaigns have highlighted the global problem of cub petting and unscrupulous operators locally and abroad, she said, adding that the reserve was strongly opposed to the “abhorrent” canned hunting and lion bone trades.

“As animal lovers, we understand how charismatic African wildlife is. But the truth is that our love for our animals may inadvertently harm them, even though we don’t mean to,” said Khupe. “To those of our visitors who are disappointed that they can no longer cuddle a lion cub at our reserve, this is the right thing to do.”

The Blood Lions campaign and documentary has exposed unethical practices associated with wildlife interactive tourism, including cub petting and walking with lions. It has also depicted how captive bred or tame lions continue to be killed in canned hunts and hundreds more slaughtered annually for the lion bone trade to Asia.

The 30-year-old Rhino and Lion Nature Reserve, under the new ownership of the Bothongo Group, will focus on conservation. It has initiated a three-year plan to upgrade its habitats and wildlife enclosures, which will be remodelled around the welfare and wellbeing of its animals.

“Breeding and rearing animals for the purpose of cub petting and interaction is undesirable from an animal welfare perspective. We sincerely hope that other facilities responsibly follow suit,” he said.

Fynn said the reserve's staff had a new mantra, to be a “nurture reserve”. This includes ensuring its animals are healthy, genetically diverse and contented, along with a pledge not to sell or exchange its animals, especially lions, unless it is to a reputable, accredited facility or licensed wildlife institution.

Watching the two little lion cubs boisterously play with each other at a conservation centre outside of Pretoria, it's hard to see anything out of ...
Lifestyle
3 years ago

South Africa's unregulated captive lion breeding industry will shortly be reviewed by the Portfolio Committee on Environmental Affairs at a two-day ...
News
3 years ago

A motley pride of lions  plucked from appalling conditions in zoos, breeding facilities and even a monastery in Ukraine  may soon set paw on South ...
News
2 years ago