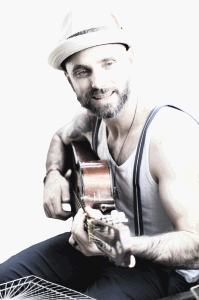 The nature of what I do means I'm constantly travelling. In terms of leisure, I sometimes try to extend our international tours by a little in order to do something touristy. I do a long family vacation once a year, with sporadic short breaks peppered throughout the year.

The most vivid aspects of my childhood-holiday memories are the sea, samoosas and
ice creams on the beach, sunburn and terrible swim-short chafing.

My first trip abroad was in 1999. I did the overseas thing with friends after varsity. We went to Northern Ireland to play rugby and I worked as a farmer in the day, then moved on to London and did the bar thing before finally finishing up in Scotland working at a larney hotel called the Crieff Hydro.

We recently played a show on a remote island in the Bahamas, which required several connecting flights and a charter plane to get to. It was an amazing experience but the journey was extensive. I also once missed a flight to Swakopmund and the promoter chartered a Cessna, which barely squeezed three of us and our gear in as we flew over the desert and just made our show in time.

It's hard to pick my favourite city in SA - they all have their own characteristics and appeal. I guess it's a cliché but Cape Town has the perfect blend of city buzz, sea, mountain, nature, culture, etc. It's the city that allows you to tap into all the aspects that appeal to us as curious travellers - it's all contained in accessible distance.

When it comes to whether I prefer roughing it or luxury, it depends on the context. One of my favourite holidays was in rustic Kosi Bay. I love camping, but I also have a penchant for the finer things. I found when we toured America that the fancier hotels often came with limitations, like additional charges for wifi, or breakfast, or parking. The mid-tier spots offered all of that at a fraction of the cost. Comfort isn't always about luxury; it's about access to the city, to wifi, to amenities, etc. As long as there's a decent level of cleanliness and I can be horizontal for a few hours each night, that's all that matters. The adventure awaits outside of the hotel walls, the hotel itself is not the adventure. 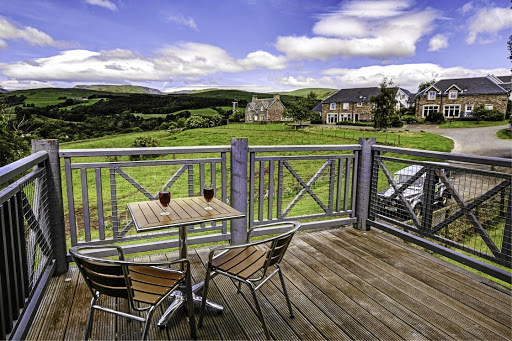 My worst travel experience was having to land in Spain on a flight from London to SA because a lady had given birth mid-air. The plane then had to turn around and land back in London, where we had to disembark, check into a hotel and repeat the whole painful check-in process at Heathrow the following day.

My oddest travel experience was getting caught up in that volcano fiasco that happened in Europe with hundreds of flights being cancelled. We had to shift our departure airport twice and fly via Egypt to make it in time for a show back home.

I've also fallen asleep drunk on a London red bus that stopped at the end of its trip where it parks and the driver woke me up. I had to find my way back to my accommodation in a city where everything kind of looked the same. It took me about three hours to walk and meander around and eventually made my way back to the correct destination at 7am.

My best piece of travel advice is not to fall asleep on the bus or the Tube. Try travelling light and always pack a toothbrush and toothpaste in your carry-on bag. It's amazing how a brush of the teeth can make you feel refreshed after travelling.

What singer Kahn Morbee is watching, reading & listening to

I hate airports and the whole check-in process. I feel like there's a lot of wasted time just trying to get there. A pet hate of mine is hotels' late check-in times of 2pm - that's almost a whole day wasted waiting for the hotel to let you in.

Perfect holidays are always about the people you're with. The rest is irrelevant and may enhance/diminish the experience, but it's the shared memories that matter most.

I'd really like to go to Vietnam, Cambodia, Japan (again) and Croatia (again).

The former Mrs SA had a scary experience climbing Mount Kilimanjaro, but it sparked a deep love for the mountains. She tells us more
Lifestyle
1 year ago