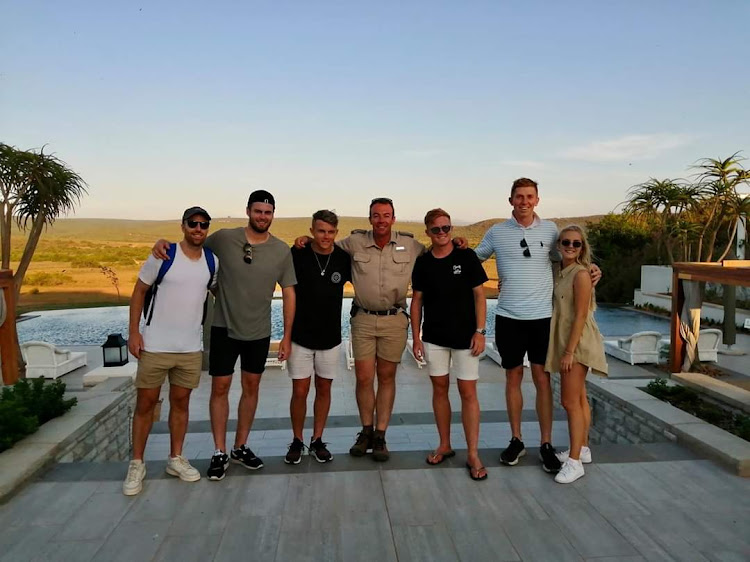 English cricketers took a break from the pitch for a bit of game viewing and fine dining at one of SA’s most luxurious game reserves, Shamwari.

The team has been touring SA and started the third Test match against the Proteas in Port Elizabeth on Thursday.

The sportsmen join a long line of famous faces, including Nicholas Cage, Prince Charles and John Travolta, who have visited Shamwari.

US golfer Tiger Woods proposed to his ex-wife, Elin Nordegren, at Shamwari in 2003, while they were attending the President’s Cup tournament.

The 18,000ha reserve is on the Bushman's River, between Port Elizabeth and Makhanda, in the Eastern Cape

Shamwari said on its Facebook page: “We were privileged to host members of the English cricket team, who visited Shamwari to enjoy a game drive and some fine food before the third Test match starts at St George's Park in Port Elizabeth on Thursday.

“Staff were thrilled to serve some of their current and future cricketing heroes,” said the post.

One fan said: “Only the best game reserve for the best cricket team.”

Another posted: “Great that you guys gave them something from Africa.

Botswana and Tanzania beat SA hands down for wildlife safari tourism, according to a study by a safari bookings company.
Lifestyle
2 years ago

SA’s tail displayed some fight on the final morning but the hosts still ended up crashing to an embarrassing innings and 53 runs defeat at the hands ...
Sport
2 years ago

Proteas fast bowler Kagiso Rababa has been banned for the next Test against England following his overzealous celebration of Joe Root’s wicket at St ...
Sport
2 years ago