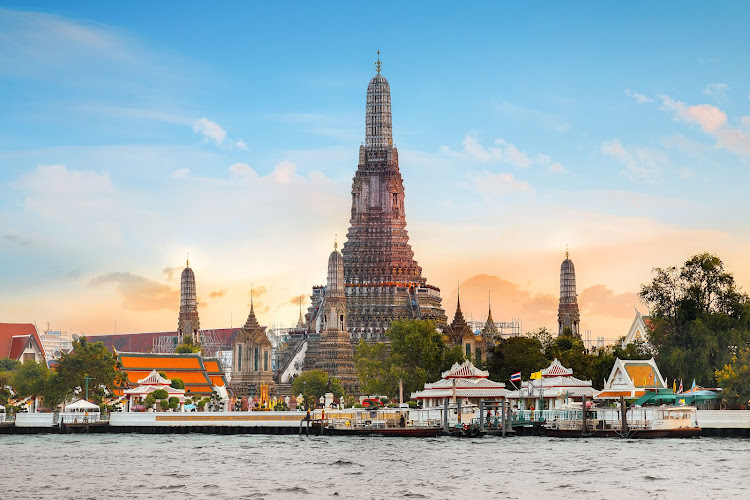 Thailand had looked to welcome more than 40 million tourists this year but with flight bans and quarantines, the central bank expects only 8 million visitors this year. File image.
Image: 123RF/coward_lion

On a recent Saturday evening, the street was deserted except for a few dozen locals who wandered past boarded up shops, ignoring restaurant staff calling out meal and drink deals.

Khao San Road clearly shows the affect of the coronavirus pandemic on Bangkok, the world's most visited city for four consecutive years before a ban on international travel.

“I have never seen it like this. Usually we don't have time to stand for even a minute,” said a waitress who goes by the name Pookie.

“Lots of businesses have shut here, and if we don't see foreign tourists coming back soon, we may also shut. There are some locals coming on the weekends, but that's not enough to keep us all going,” she said, pointing to the empty tables.

After a record 39.8 million foreign visitors last year whose spending accounted to 11.4% of GDP, Thailand had looked to welcome more than 40 million tourists this year.

But with flight bans and quarantines, the central bank expects only 8 million visitors this year.

The effect is keenly felt in Bangkok, where most tourists spend a night or two before heading to sandy beaches and hilltop Buddhist temples, with questions over whether the city should ditch the mass tourism model it has come to rely on.

It is a question many cities are grappling with, as the future of urban tourism is “deeply uncertain” in the short to medium term, said Tony Matthews, a senior lecturer in urban and environmental planning at Australia's Griffith University.

“Cities that rely heavily on tourism are facing an extraordinary crisis. Do they wait it out until mass tourism is viable again, or do they start developing major new industries and economies?” he said.

Thailand has delayed plans for a "travel bubble" agreement with select countries as new daily coronavirus cases rise in parts of Asia, putting ...
Lifestyle
1 year ago

“But you can't easily retool an urban economy, and moving away from a tourism-dependent economic model is not easy unless there is something else ready to take over that's at least as beneficial.”

With cheap air travel fuelling a boom in tourism in recent years, cities from Amsterdam to Sydney have struggled to balance the needs of local residents with the demands of visitors who boost the hospitality industry but can also cause damage.

Overcrowding can frustrate local residents, drive up rents, and put pressure on infrastructure including public transit and waste management, while also damaging the ecology and cultural and heritage assets, according to McKinsey Consulting.

With restrictions brought on by the coronavirus, some cities are changing their tourism-focused strategy.

In Amsterdam, authorities said they would develop a so-called “doughnut” model that prioritises social and ecological goals for better living, including decent housing, health care, as well as climate action and biodiversity.

“With less future income from tourists, it makes sense for Amsterdam to try to improve its economic fundamentals in other ways,” said Matthews.

“But cities build up tourism profiles and associated economies over time. They come to depend on these and will not want to change approach unless they have to.”

Thailand has shut some of its most popular beaches in recent years to allow fragile coral reefs to recover from pollution caused by tourism, and removed vendors from Khao San Road and other areas to appeal more to tourists.

There have also been efforts to discard Thailand's seedy reputation, and the go-go-bars and soapy massage parlours that Bangkok and some beach towns are notorious for.

Now, authorities have the opportunity to move towards a more sustainable model, said David Robinson, a tourism expert who has long criticised authorities' drive for quantity over quality.

“The race to the top of the 'most visited' chart does not benefit the country,” said Robinson, director of Bangkok River Partners, a network of riverside businesses that boost culture and heritage.

“More is just more, not better, and certainly not more financially beneficial to the country. It's unsustainable.”

Thailand has fared well in containing the coronavirus, with some 3,300 cases and fewer than 60 deaths recorded.

Yet plans for a “travel bubble” agreement with select countries that would have allowed movement without the need for travellers to undergo quarantine have been shelved amid new outbreaks in East Asia, officials said.

Thailand has said it will allow a limited number of business travellers and medical tourists into the country, while also encouraging domestic tourism with stimulus measures worth more than $700 million (approx. R12bn) to defray costs of hotels and flights.

Domestic tourism made up about 30% of the total market, and had not received much attention before, said Tanes Petsuwan, a deputy governor of marketing at the Tourism Authority of Thailand (TAT).

“This is the worst ever crisis for the tourism industry; the tsunami, Sars, MERS, bird flu, political upheaval — none of it was as bad as Covid. It has changed everything,” he said.

“Tourism will not be the same again: the line of coaches outside the Grand Palace or Chatuchak market, guides leading big tour groups about major attractions — we will not see that again, so we are preparing for a new scenario.”

While the meetings and conferences market has shrunk, there is demand for eco-tourism and wellness and medical vacations, said Michael Marshall, chief commercial officer of the Minor Hotels Group, which operates more than 500 hotels.

“Luxury travel is an opportunity, but the domestic market will only keep us going to a certain extent,” he said.

Authorities also cannot simply “turn off the tap” on the sex industry without a strategy and a transitional plan to develop cultural tourism, said Robinson.

“I'm encouraged to see the number of people during Covid-19 getting to know their city again,” he said.

Rose Duangkamol and her friend who were eating fried noodles on Khao San Road were doing just that.

“We used to come here maybe once a month before, but now we come more often,” she said. “It's nice when it isn't so crowded.”

Terry Munro, the MD of Beachcomber Tours, tells us about his favourite holidays and the company’s post-Covid plans
Lifestyle
1 year ago

Covid-19: EU reopens borders to 'safe countries' as WHO warns 'the worst is yet to come'

Notably excluded from the list were Russia and Brazil, as well as the United States.
Lifestyle
1 year ago