Bridget Hilton-Barber penned an account of Kings Walden Garden Manor being forced to shut its doors in March 2020. She gives us an update 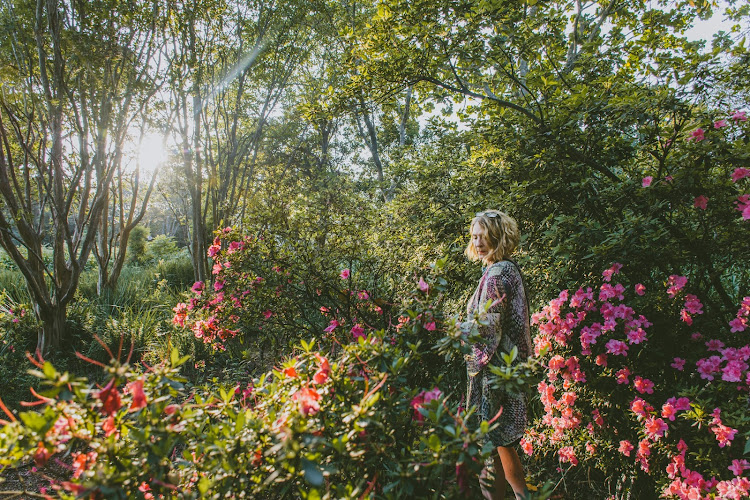 Bridget Hilton-Barber, whose family has owned the estate since 1904, in the cherished garden at Kings Walden.
Image: Melanie Jan van Zyl

Bridget Hilton-Barber runs Kings Walden Garden Manor in Limpopo. In March 2020, she penned an account of what it was like when the small hotel was suddenly forced to close because of the pandemic. Now, almost a year later, she gives us an update.

Here is her original column, followed by her latest one:

The guest rooms are locked, curtains drawn and geysers sensibly switched off. All the staff, except for three gardeners, have gone home, on full pay for the next two weeks at least — possibly until after Easter.

My footsteps echo in the empty restaurant. The kitchen is spotlessly clean and eerily quiet. The lounge feels uncomfortably large. I look out the window and see the geese have taken to the swimming pool.

For a small boutique hotel in the middle of Limpopo, we've been strangely connected to the coronavirus since it first broke out in China in January. That's because the partner of one of our waiters, Lufuno Nkuna, has been studying engineering in Nanjing and she was locked down some months ago. We have tracked her situation daily, like a soap opera, waiting for the next report via WhatsApp or Skype.

Then, of course, our daily conversation turned to the repatriation of the 146 South Africans from Wuhan and then we talked about whether Bishop Lekganyane would go ahead, despite government wishes, with the annual Easter gathering of some 6-million-odd ZCC pilgrims at Moria near Polokwane (now on hold). 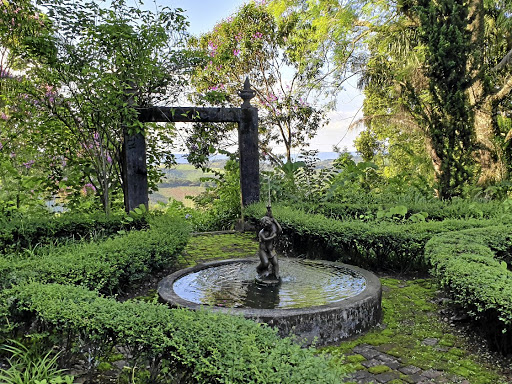 March 2020: The garden at Kings Walden is looking its late-summer best and there's not a soul in sight.
Image: Bridget Hilton-Barber

Now Kings Walden's chefs and waiters and housekeepers are in their respective homes in Modjadji, Nwamitwa, Burgerdorp, Julesberg, Acornhoek, Giyani. We are empty until the end of April and, after that, who knows?

I was having a break in Maputo when President Cyril Rampahosa declared the National State of Disaster two weeks ago. I was travelling with a friend on a UK visa and we left the next morning ahead of the travel ban. As we drove home, my cellphone pinged with increasing intensity as cancellations came in thick and fast from impending guests, mainly Belgian, Dutch and German.

The next few days were a frenzy of phone calls, emails and messages from friends in the Limpopo hospitality business. This one in Hoedspruit lost R40k in cancelled bookings, that one in Phalaborwa, R60k. All the weddings in the Magoebaskloof area were cancelled, pretty much the backbone of the local tourist economy.

I navigated an initial minefield around the cancellations, dealing with bewildered and panicking agents, operators, DMCs (destination management companies), tour guides. But within days, the petulance of the disaffected wealthy whose holidays had been messed up gave way to an amazingly empathetic collective understanding. We are being kind and friendly, we think global, act local. The support from the local tourism industry has been amazing.

Kings Walden's last guests were girlfriends of mine from the hospitality business in Hoedspruit and girlfriends from Jozi, who had come up to swim the annual Ebenezer Mile, which was cancelled.

We adopted the Quarantini as our signature cocktail - basically vodka and anything - and we sat overlooking the lightning tree and mountains beyond, tracking the bad news with ghoulish fascination as it came in. Mala Mala closed, Sabi Sabi closed, Mashatu in Botswana closed, 38 Tsogo Sun hotels closed.

We wondered if you were self isolating in a bar should you start drinking bottles from left to right or the other way round? Then we remembered how we are all facing ruin and we wept and drank another Quarantini

We laughed about starting rooms by the hour, we laughed about how no one wants to emigrate anymore, we wondered if you were self isolating in a bar should you start drinking bottles from left to right or the other way round? Then we remembered how we are all facing ruin and we wept and drank another Quarantini.

The last foreign visitors to Kings Walden were an impossibly beautiful Belgian couple who dropped in for lunch. They politely offered their elbow shakes and said they'd left Europe before the travel ban and had decided to hole up at a friend's place in Hoedspruit - they could both work from  afar. Better than Europe, they said. As they left, I got a WhatsApp from Satsa (the Southern African Tourism Services Association) saying we should all be checking the recent travel history of foreign guests before letting them in.

I cried when I told the staff this morning we were closing. Tonight our president will address the nation again and by the time you read this we will undoubtedly be locked even further down. The privilege of my being isolated in paradise has not escaped me, of course, but it's just so sad that the garden is looking its late-summer best and there's not a soul in sight.

After everyone had left, I went and sat a while in the Italian Garden, with its mirrors and busts and rosemary and roses. It was designed years ago by my mother, Tana, who took her inspiration from a garden in San Remigio in Italy, built over many years  by a married couple who made a series of different garden "rooms", each one designed to inspire a different emotion. The Garden of Sighs, the Melancholy Garden, the Secret Garden. My overwhelming emotion was one of disbelief and sadness. What now?

It is almost a year since lockdown began and Kings Walden Garden Manor was forced to close for two months because of the pandemic. Boom. Just like that we drew the curtains, switched off the geysers, sent the staff home and watched open-mouthed as our entire international season was completely wiped out.

Three gardeners stayed on at the hotel - we did an astonishing amount of work in that time - along with a friend from Mozambique. He was in SA and unable to return home to Maputo because the borders were closed. "I've never been to one place for three weeks," he said cheerfully on arrival on March 27. Remember when we all thought it was going to be three weeks of lockdown? Two hundred and 10 days later, he managed to return home. Yes, we are still friends, more so than ever.

Kings Walden survived those dystopian two months and we tentatively opened our doors again in May, for essential and business travellers who had permission to cross provincial borders. Then, as the lockdown was eased, small groups, families, romancers and adventurers filled our beautiful hotel with the sounds of distinctly South African laughter and chatter. They shared wild and dark tales of bootlegging and procuring illegal cigarettes, they shared sad stories of job losses, traumatised families, lonely parents in old-age homes.

The start of a global rollout of vaccines is good news for the travel world, but there are caveats and complications — particularly for Mzansi
Lifestyle
1 year ago

Our only foreign guests since last year have been those living in SA, and those who were able to get briefly in and out over December before most international airlines suspended flights and the lockdown was adjusted again.

One of my lifelines during lockdown was a tourism support group called Love Limpopo, whose WhatsApp group (with more than 300 members) offered invaluable advice on everything from how to handle Temporary Employer Relief Scheme (Ters) applications and where to access relief funds, to giving advice on safety protocols and useful tourism webinars.

The business was lucky to get six months of Unemployment Insurance Fund/Ters funding for staff salaries and a nominal insurance payout for temporary loss of income. Considering the utter devastation of the industry, the retrenchments, the closures, the collapses, I guess we were lucky to even get any guests again.

We had a lockdown wedding, we had some jolly year-end functions, we got by.

Janu-worry has been our toughest month to date. Adjusted lockdown. No guests, no booze, no UIF, no support, no money. Did I mention a cyclone?

Limpopo didn't really have a first wave. Our figures were tiny compared to the rest of the country. By the time the festive season was over, however, the province had been smacked really hard. Among the 10 people who work here, every single person has lost a friend, a colleague or a family member. One of my chefs - who survived a tough bout of Covid herself - lost 15 members of her extended family. Despite the relentless loss narrative, the staff have been exceptional in their dedication to work and their genuine kindness to guests.

Janu-worry has been our toughest month to date. Adjusted lockdown. No guests, no booze, no UIF, no support, no money. Did I mention a cyclone?

And here we are again, in a Groundhog Day of the pandemic, all hoping that somehow, things will get better .

Feels like home: This luxe lodge in Limpopo caters for the whole family

Tintswalo Family Camp in the Welgevonden Game Reserve is the perfect place to connect with nature — and your children, writes Katharynn Kesselaar
Lifestyle
1 year ago

SA wants to jet off to a tropical island or Mars, according to Google