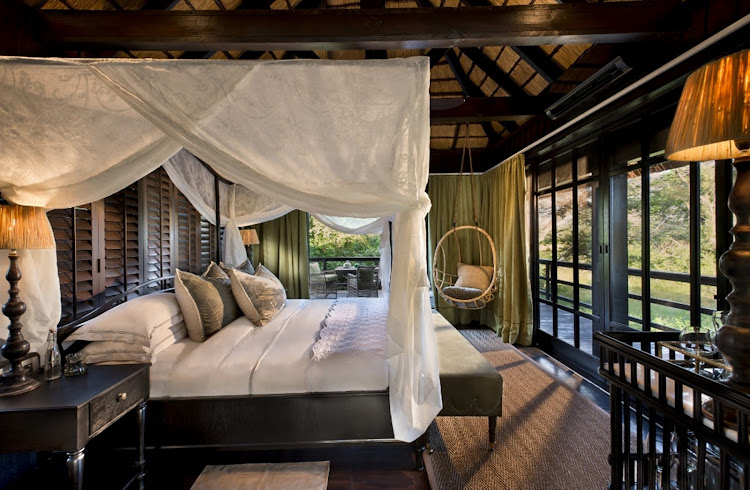 One of the spectacular suites at andBeyond Phinda Vlei Lodge in KwaZulu-Natal.
Image: Supplied/andBeyond

It’s no secret that SA is a top-notch travel destination. Just this month it was lauded at Travel + Leisure magazine’s annual World’s Best Awards.

Each year, the influential New-York-based publication invites its readers to weigh in on their international travel experiences. The scores are tallied and the winners sorted into lists.

Local getaways featured on several of these lists this year. This includes four escapes — andBeyond Phinda Vlei Lodge, andBeyond Ngala Safari Lodge, Lion Sands Game Reserve and The Oyster Box — being named among the Top 100 Hotels in the World.

Curious to experience one of these highly rated hotels for yourself? Here's how much a stay with all the bells and whistles will set you back:

It also clinched the 3rd spot on Travel + Leisure's list of the Top 10 Safari Lodges in Africa. 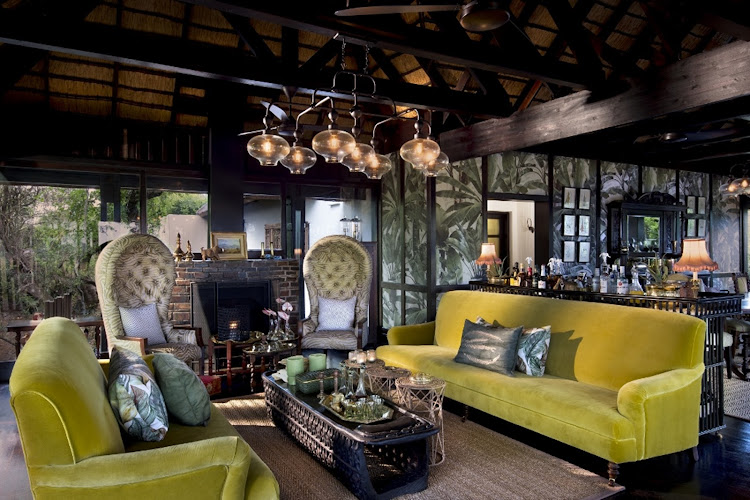 Each of the six beautifully decorated suites overlooks wetlands and grass plains where game viewing is rife. They offer the finest modern touches and feature a bar, indoor and outdoor showers and a private lap pool.

Apart from safaris and bush walks, guests can book community experiences and arrange to meet the conservation team for private rhino, elephant or pangolin research experiences at an additional fee.

The two lodges also tied for ninth place on the list of the Top 10 Safari Lodges in Africa.

The 14,500ha private concession is home to 20 thatched cottages, three family cottages and a family suite, which makes it the perfect choice for a classic bush escape with the whole family, complete with safaris run by the expert guides andBeyond is known for. 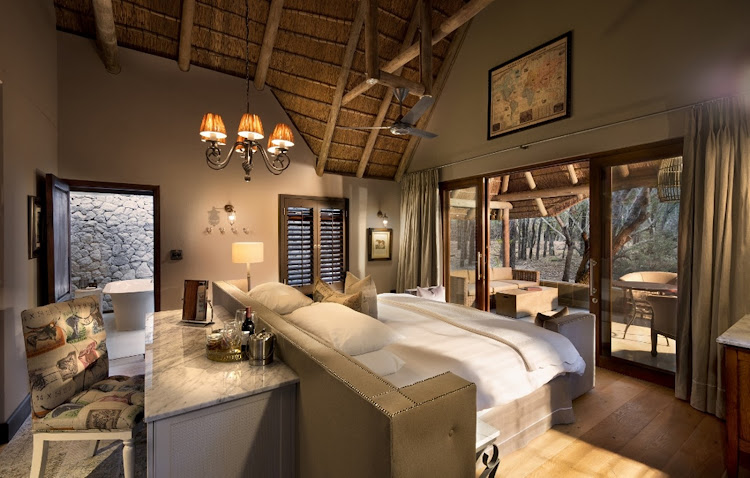 A cottage at the award-winning andBeyond Ngala Safari Lodge in the Kruger National Park.
Image: Supplied/andBeyond

Cottage rates start from R10,365 per person sharing per night and include meals, selected drinks, transfers, nature walks, and safari activities. Rates for the family cottages and family suite, all of which sleep four, start from R36,280 and R47,660 per night respectively.

For those with adventurous spirits, the Ngala Treehouse offers guests the opportunity to sleep out under the stars on an elevated platform in the middle of the bush complete with running water and flushing toilets at an additional fee of R8,500 per night.

Lion Sands Game Reserve tied with Rambagh Palace, the former residence of the Maharaja of Jaipur in India, for the 88th spot on the Top 100 Hotels list.

Set in the big five-studded Sabi Sands Game Reserve adjacent to the Kruger National Park, Lion Sands boasts four lodges and two villas, each perched on the banks of the Sabie River and offering a magic of its own: from secluded luxury to modern bush vibes. 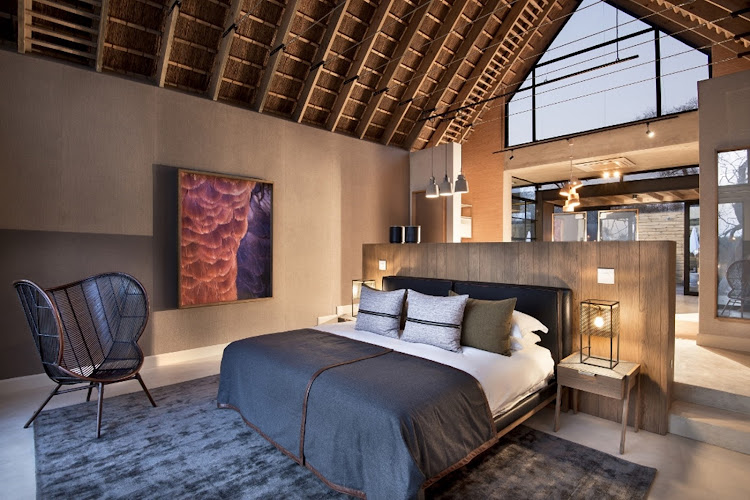 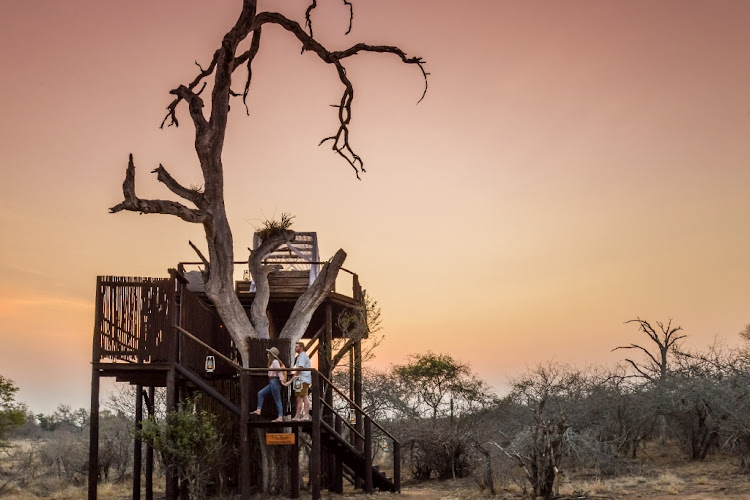 Outdoor treehouse experiences under the stars cost R3,950 per person per night on top of normal accommodation rates.

A bit of an icon, The Oyster Box in Umhlanga Rocks came in at number 90 on the Top 100 Hotels list and claimed 2nd spot on Travel + Leisure's list of The Top 3 Resort Hotels in Africa.

The beach may be the biggest drawcard for visitors to this elegant hotel but no stay would be complete without a visit to the swanky spa or high tea in the Palm Court. 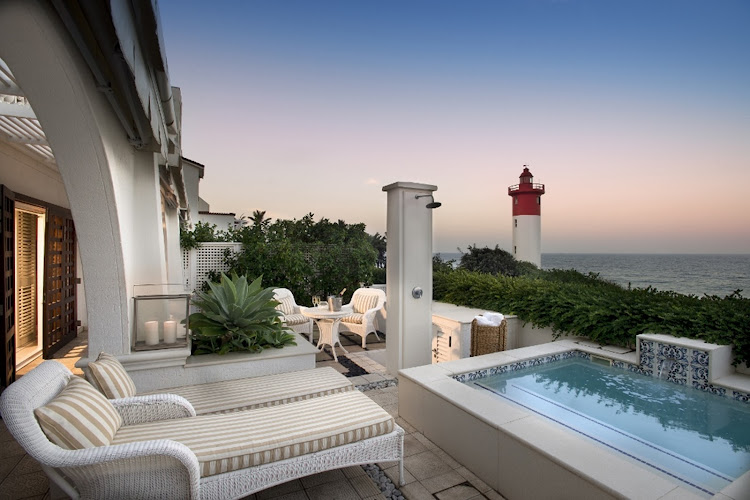 With 86 rooms, suites, and villas, your cheapest stay will be in a garden villa loft or classic garden room — both without a sea view — at R6,895 for two people sharing per night.

Meanwhile, a stay in the phenomenal presidential suite, which can sleep four, will set you back a cool R60,600 per night — breakfast included, of course.

SA hotels, resorts and lodges clean up at the 2021 World's Best Awards

Mzansi is home to one of the globe’s 25 Best Cities and all five of  Africa’s Top City Hotels, according to a Travel + Leisure survey.
Lifestyle
10 months ago

From the fynbos-full Cape to the lush Lowveld, these new guided, on-foot safaris will immerse you in nature
Lifestyle
1 year ago

The waterways and islands in the Okavango Delta are a masterpiece, and a perfect backdrop for the ‘living gallery’ that is Xigera Safari Lodge
Lifestyle
1 year ago

Whatever your safari personality, the Waterberg's Mhondoro is a win

Whether you're after Insta hits, family fun, queen-level pampering or animal encounters, this award-winning lodge in the Welgevonden reserve is for ...
Lifestyle
1 year ago