Excursion steam trains back on track as people hunger for escape 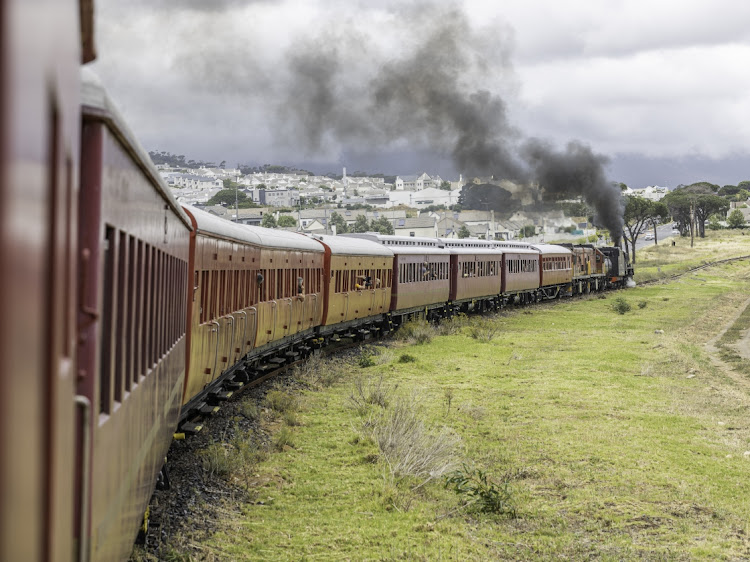 A popular steam-powered tour train has chuffed back into the Elgin valley in the Overberg after grinding to a halt for almost two years because of the pandemic and a legal battle.

The last weekend of November saw the bright-red excursion train set off from Cape Town’s Waterfront and steam into the mist on its first run since March 2020 when the owners were forced to cancel services as the hard lockdown loomed.

“Our plan is to keep the Elgin train running every Saturday and Sunday and the bookings have been quite strong,” said company director Simon Beckett.

The restart was not trouble-free, however. Two Elgin-bound trains were delayed after snagging overhead power cables left hanging over the tracks by scrap thieves, forcing the company to hire buses to transport passengers on part of the journey.

While most of the journey is on Transnet Freight Rail lines, the section between Eersterivier and Somerset West is a Passenger Rail Agency of SA track that has been targeted by thieves hunting for the copper-rich overhead cables.

With Metrorail services between Cape Town and Somerset West still suspended and no indication when they will resume, the only other trains on the route are daily Transnet freight trains from Caledon.

The thieves appeared to have deliberately left the cables hanging over the tracks in the hope that passing trains would rip them off the masts, making them easier to steal, said Beckett.

CRC is hoping for a bumper season after two years of making no money at all.

The excursion trains, which also occasionally operated to Ceres itself as well as to Elgin, were suspended as the pandemic hit SA. At the same time a boardroom battle was brewing with another director, prompting Beckett to place the company under business rescue.

Beckett declined to comment on the matter, saying only that a delinquent director application was still pending.

There is a little railway that climbs from the valley of the Umzimkulu River and weaves its way across rippling cane fields to Carisbrooke, then ...
News
1 year ago

On the other side of the country, the operators of the Umgeni Steam Railway near Durban are also breathing a sigh of relief as bookings roll in for their festive season business.

The operation, which relies almost entirely on volunteers to operate its steam train on a 25km-long mountain railway from Kloof to Inchanga, almost collapsed as a result of Covid lockdowns.

“It’s a bit of a Lazarus story,” said chair Ashley Peter. “We took a helluva knock.”

The railway didn’t operate for almost 10 of the 20 months since the pandemic hit, Peter said. “We hung on by the skin of our teeth considering that volunteer groups like ours are generally a hand-to-mouth operation.”

The railway launched a crowdfunding appeal which “had some success” and also received a R50,000 grant from the national tourism department which, Peter noted, barely covered a month’s expenses.

The railway was forced to retrench seven of its eight full-time employees and now relies on a core group of dedicated volunteers.

The journeys involve a round-trip from Kloof, along the edge of the Valley of a Thousand Hills and up to the railway’s depot at Inchanga where a food and crafts market operates in tandem with the train’s schedule.

The railway has ramped up its schedule from one weekend a month to cope with festive season demand, and is scheduled to have 11 trains running between December 16 and 19, and additional trains on the two days after Christmas.

“The demand seems to have come with a hunger from the family market,” Peter said. “We’re just so grateful that people are coming out in numbers to support us.”

The rail agency was supposed to have relocated about 1,300 people from the central line tracks by end of last week
News
1 month ago

Motorists on the road between Bloemfontein and Ficksburg in the Free State on Wednesday would have witnessed the spectacle of a 160-ton steam ...
News
4 months ago