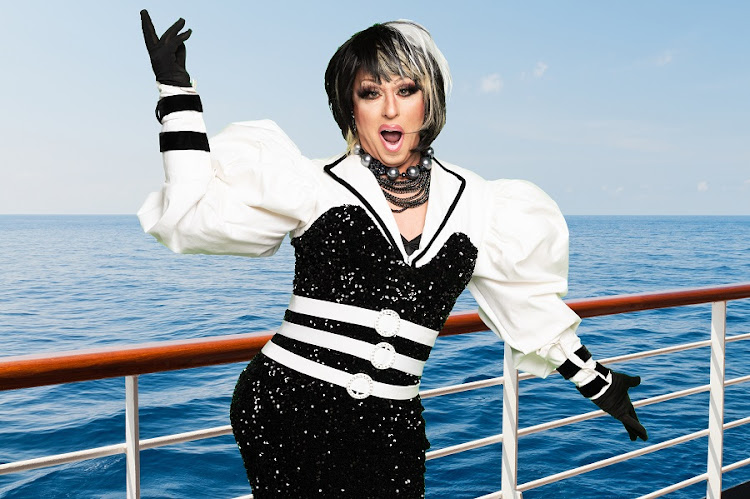 Expect the Schitt's Creek cruise to be as camp as they come.
Image: Darin Kamnetz

The stars of the hit series won't be on board, but this themed cruise, dubbed “Moira's Boat Party: Ew, Cruising!” promises plenty of Rose family-inspired experiences, including a sail-away party with wigs, Alexis's bar crawl, a Jazzagals drag show and cabaret karaoke. 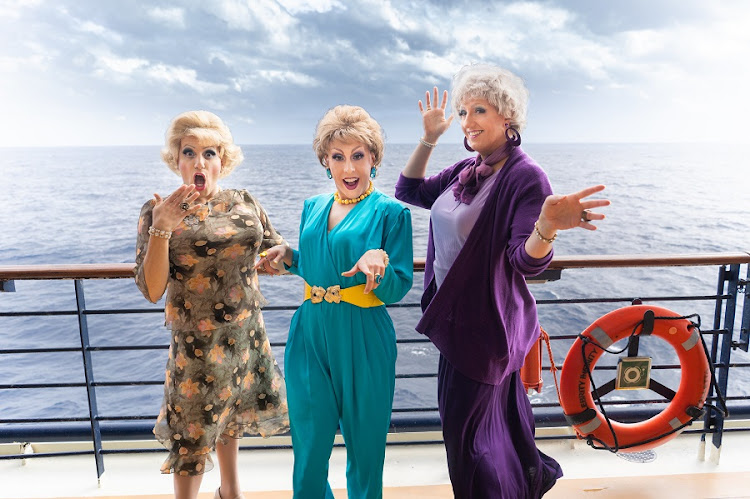 Picture it: Miami 2023 ... the Celebrity Summit is throwing a party and inviting everyone they know. And if you know the tune, you may want to join in the fun of a Golden Girls-themed journey celebrating “the most iconic TV show of all time”. Drag act The Golden Gays will be on board and while other special guests have yet to be confirmed, previous cruises have featured Melinda McClanahan (Rue McClanahan’s sister) and screenwriter Stan Zimmerman. Special events include a kaftan dance party, quiz night and a Shady Pines-style field trip to the beach.

From Darth Vader to Donald Duck, the Disney line's cruises are by definition full of characters. New for next year, the Disney Fantasy ship will host the first Pixar Days at Sea, which will include photo ops and a dance party with Pixar characters; breakfast with Toy Story's Sherriff Woody, Jesse and Bullseye; a theatrical performance based on Coco; and a new night-time spectacular featuring the Incredibles.

4. NEW KIDS ON THE BLOCK

Kids of the '80s will surely find “the right stuff” on the Carnival Conquest when it sets sail with all original members of the NKOTB “boy band” — Donnie, Jordan, Joey, Jonathan and Danny — for the 11th time. With live shows, meet-and-greets and two full days on a private island.

WATCH | A promotional video for the NKOTB Cruise 2022.

The Kiss Kruise XI is the 11th time the iconic '70s rock band Kiss has headlined a cruise, and this year's trip on the Norwegian Jewel (they say) is the last time they will do it. Expect live shows, meet-and-greets, and activities with each of the band members. 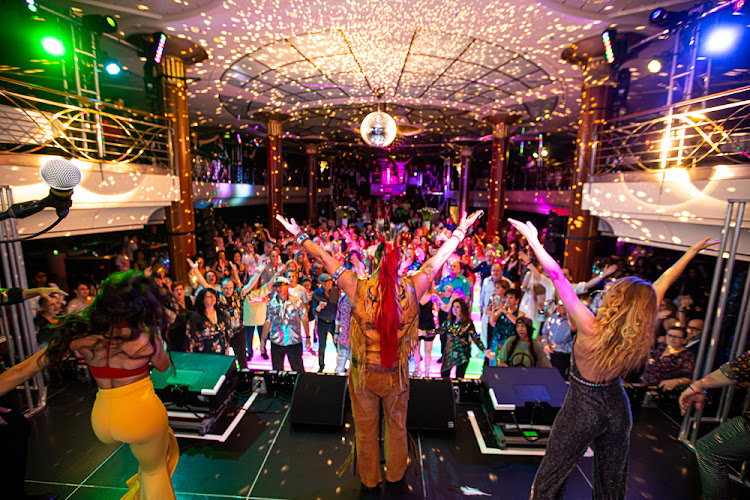 The Ultimate Disco Cruise has been sailing back to the good old days for a few years now, and guests next year can look forward to getting down on the Celebrity Summit with more than 40 live performances. Headliners include Kool & The Gang, Billy Ocean, Taylor Dayne and Sister Sledge and, of course, there will be dance contests and costume parties.

Once upon a time: The tale of Katy Perry (and other cruise godmothers)

Having just been named godmother to a new cruise ship, Perry joins a club that also has Pitbull, Queen Elizabeth, Mariah Carey and Tinkerbell as ...
Lifestyle
2 months ago

IN PICS | Step aboard Wonder of the Seas, the world’s largest cruise ship

Royal Caribbean's new ship, now sailing in the Caribbean, features eight distinct neighbourhoods, including a park with more than 20,000 plants
Lifestyle
3 months ago

Comeback cruising: a week in the Med feels safer than a trip to the mall

On a week in the Mediterranean, Norwegian Cruise Line’s Norwegian Epic delivers all the fun and none of the fear with a host of measures to combat ...
Lifestyle
7 months ago