Singer Somi on delightful Dakar, jazzy Jozi and the African she met in Siberia

Born in the US and raised in Africa, jetsetter Somi shares her funniest travel story, best travel advice and top destinations 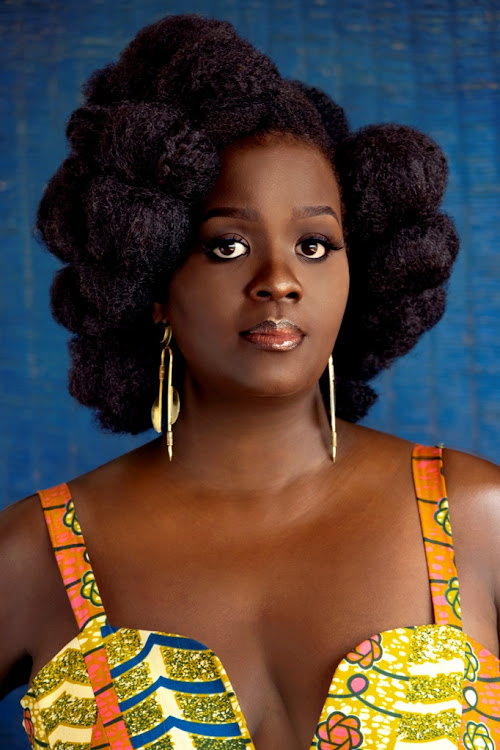 Acclaimed vocalist and composer Somi was born in the US to immigrants from Rwanda and Uganda and grew up living in Africa.

Now based in New York, the superstar vocalist recently released her fifth studio album. Titled Zenzile: The Reimagination of Miriam Makeba, the album honours the late South African singer-songwriter and its release on March 4 coincided with what would have been Makeba’s 90th birthday.

Catching her in SA for the album launch, we asked her about some of her favourite places and funniest travel stories.

Given the amount of international travel I did pre-pandemic, the past two years have been tough. Last February, when we had been in lockdown mode for almost a year, my African wanderlust was real. I needed the sun, the food, the vibes, the people. So I headed to Dakar from New York.

It's a seven-hour flight so I was able to keep my mask and face shield on the entire flight without too much stress. Also, the flights weren't that full then as it was pre-vaccine. I chose Senegal because at the time it had the lowest Covid-19 numbers.

What was supposed to be a three-week trip to Dakar turned into a five-month sojourn through Senegal, Rwanda and Nigeria. My time on the continent was magical and exactly what I needed to keep my heart lifted through such a challenging time. The best part was getting to spend quality time with family in Rwanda. Thankfully, there was no surge or new variant while I was in any of those countries.

My position on travelling in the time of Covid-19 is to be vigilant about protocols and safety. It’s easy to get swept up in the vibes of travel and forget that we are all navigating a global pandemic. You cannot do that. Wear a mask, wash your hands, keep your distance, take the tests; these things should be second nature by now and the vibes are still sweet.

New York City is the best place in the world for a night out. It is the only city that has the highest level of artistry and culture in any discipline on any day of the week and truly never sleeps. There is no place like it.

'Zenzile: The Reimagination of Miriam Makeba' is 17 tracks from her 50-year career, rearranged to “honour the songs and ... my own voice”, says singer
Lifestyle
2 months ago

The most remote, adventurous places I've  been would be rural parts of Russia for concerts. You'd be surprised how many jazz festivals happen in Siberia and the valleys of the Ural Mountains. I have been to a number of remote places across Africa as well but I suppose those spaces feel more familiar and, therefore, less “adventurous”.

One of my favourite travel stories is from the time I was performing at a jazz festival in Irkutsk, Russia, the largest city in the Siberian tundra region. It was cold. Very cold.  I commented to my hosts that I hadn’t seen any Black people and asked if there were any living in the area. Everyone in the room exclaimed, “Jean Francois!”

They went on to explain that Jean Francois was a Malian man who was well known for two things: one, as the local TV weatherman and, two, for singing Russian folk songs at weddings on weekends. 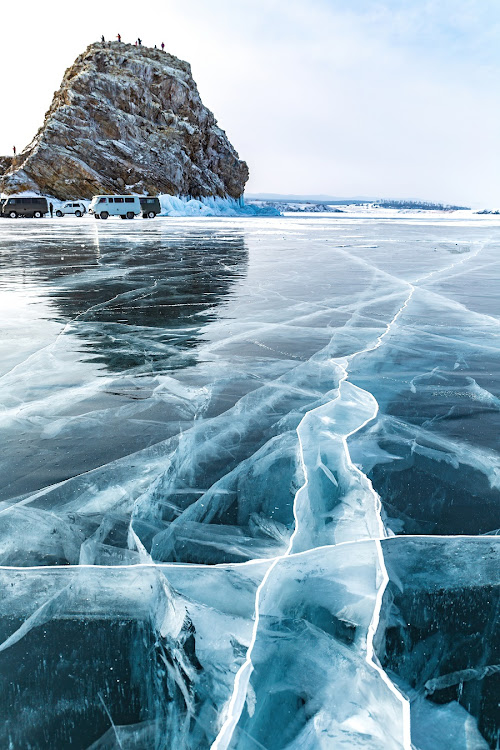 Cracked ice on Lake Baikal, Siberia. Somi has a story from her travels there that still cracks her up.
Image: adahn / 123rf.com

Now, while it’s amazing that this Malian man had a side hustle singing Russian folk songs at weddings, what totally cracked me up was the idea that someone who comes from one of the hottest places on the planet could end up being the weatherman in one of the coldest! What does a Malian weatherman have to say about the Siberian winter except, “It's very very very cold... again”?

I remember crying real tears at the thought and when I explained to my hosts why I was laughing all they could say was, “You know, sometimes he says it’s very cold and it’s not that cold. Well, not that cold for us.”  More laughter ensued.

Johannesburg is my favourite city in South Africa. It is full of contemporary African culture and expression. I'm always deeply inspired by the artists and music being made in Joburg. I always feel deeply understood when I perform there. I suppose that is a result of South Africa’s long-standing history of locating jazz vocabularies in African music and the inherently cosmopolitan world view of most people who live there.

The best part about travelling is the opportunity to take in new energy, learn about other cultures, discover our shared humanity no matter where you are on the planet, and — when done right — time to rest and reflect.

Some things I make sure I always do on holiday are writing in my journal, meditating, and trying to be as close to the ocean as possible. 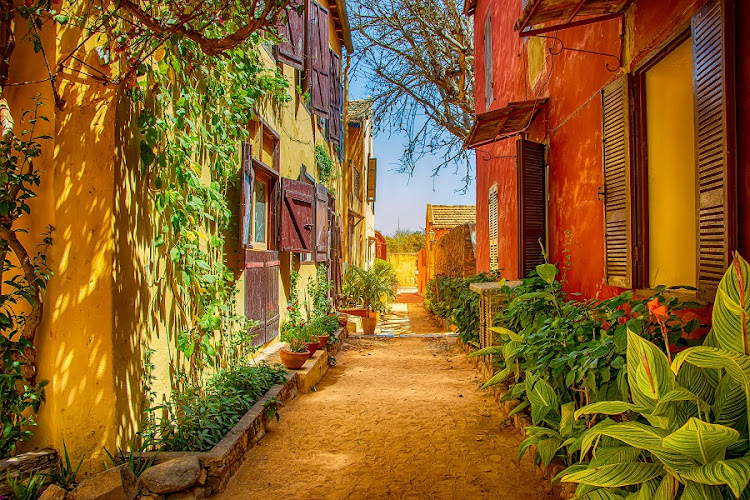 Gorée is a tiny, car-free island off the coast of Dakar, in Senegal, a favourite city of Somi's.
Image: wynian / 123rf.com

One of my favourite international cities to travel to is Dakar, Senegal. It is exceptionally beautiful, not only because of its breathtaking oceanside views but also because there is so much beauty in the architecture, the fashion, the food, the music, the art and the people. An entire city of well-dressed and fun-loving chocolate-skinned beauties floating through a palette of mostly pastel-coloured buildings that sits on top of sand and sea. It is truly a sight to behold and hands down one of the best cities in the world. I encourage everyone to visit.

My perfect day there would include some boutique dress shopping from local designers like Sophie Nzinga and Selly Thiam. I would spend the evening on la corniche with dear friends over wine, yassa poisson and live mbalax rhythms while the sea sings us into the night.

When travelling, I am a sucker for vegetarian restaurants with local cuisine, new art spaces, live music events and boutique luxury hotels. Still, the best night's sleep I've ever had on my travels was in my grandmother's home in Bulindi, Uganda.

Do you collect unique souvenirs when you travel?

When I first started touring, I started letting myself buy one piece of clothing from either a local independent designer or a local vintage shop. It was a way of not doing touristy overspending while gifting myself something to remember the city by.

I've been to most of my bucket-list destinations but I'm still hoping to spend time in India, Brazil and Egypt.

‘Everything is a gift’: YouTube star Captain Potter on what he learnt in SA

For his latest YouTube series, “Back to the Wild”, video storyteller Sam Potter travelled to SA to tell the stories of people who are connected to ...
Lifestyle
1 month ago

Stand-up jokester Mark Banks: I’d go to the moon, but it has no atmosphere

Back on stage in a one-man show, comedian Mark Banks recalls eating a rat in Morocco and being mistaken for a Bollywood star in India
Lifestyle
2 months ago

It was an out-of-body experience: Zozi Tunzi goes on her first game drive

Now that she’s hung up her Miss Universe crown, the beauty queen is keen to take as many sho't lefts as she can
Lifestyle
9 months ago