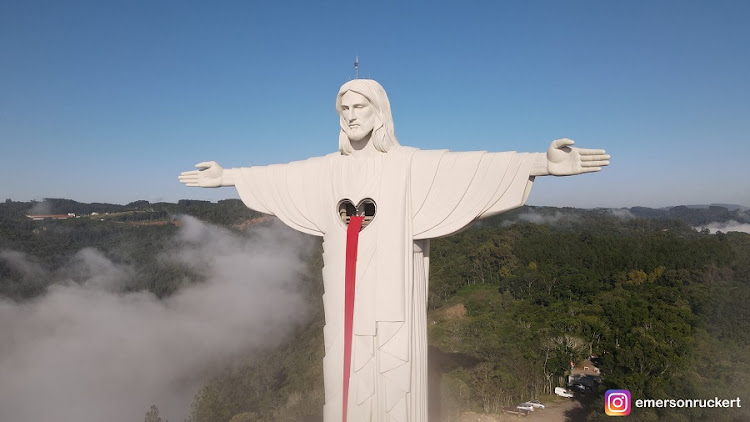 The new statue has been completed though work continues on a visitor complex at its base.
Image: Courtesy of Associação Amigos de Cristo

A new statue of Christ completed in Brazil recently is set to rival its iconic Christ the Redeemer statue in Rio de Janeiro.

Called Christ the Protector (Cristo Protetor de Encantado, in Portuguese), the steel-and-concrete statue is on a hill overlooking the town of Encantado in the southern state of Rio Grande do Sul. The statue itself has been completed, though construction continues on a surrounding visitor complex which will feature viewing points, shops and restaurants and is expected to open next year.

Including the pedestal, the Protector is 43m high, making it 5m taller than Rio’s famous Redeemer, which is at 38m with its pedestal. The Redeemer, however, towers far higher over its city at a height of 704m compared to the Protector’s 378m. The new statue measures 36m across from hand to hand.

Once the visitor complex is completed, visitors will be able to take an elevator inside the statue to its heart-shaped window at a height of 40m, from which they will be able to enjoy views of the town and surrounding Taquari Valley. 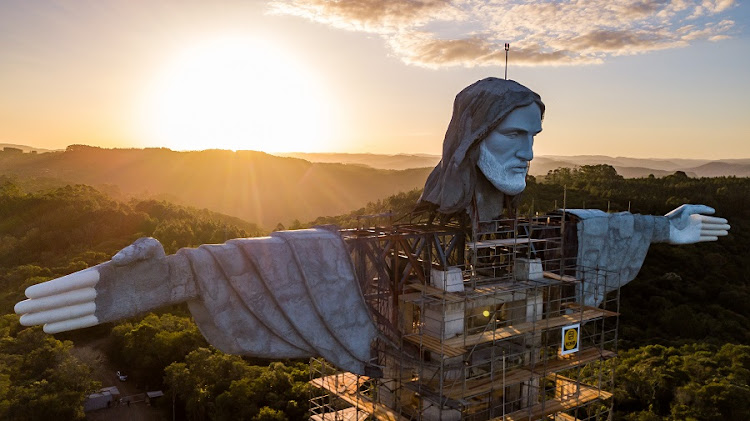 For now, tickets are available for guided tours at the foot of the statue on Saturdays, Sundays and public holidays for R$20 (about R65).

Its total height makes it the third tallest statue of Jesus Christ in the world after the Jesus Buntu Burake Statue in Sulawesi, Indonesia (52.5m), and Christ the King in Swiebodzin, Poland (52.4m).

However, the Associação Amigos de Cristo (Friends of Christ Association) behind the project claims the new statue is the tallest in the world if one doesn’t measure the bases or pedestals on which the statues stand.

Designed by sculptor Genésio Gomes Moura and his son, Markus Moura, the statue was the brainchild of Encantado’s former mayor Adroaldo Conzatti, who died in March 2021 from Covid-19. Construction, with a total cost of R$350,000, began in 2019.

An expression of the town’s “faith, hope and gratitude”, the aim of the project is also to attract more tourists to the region, whose other sites of interest include the state capital of Porto Alegre, the quaint mountain resort of Gramado, and Bento Gonçalves, the heart of Brazil’s wine industry. 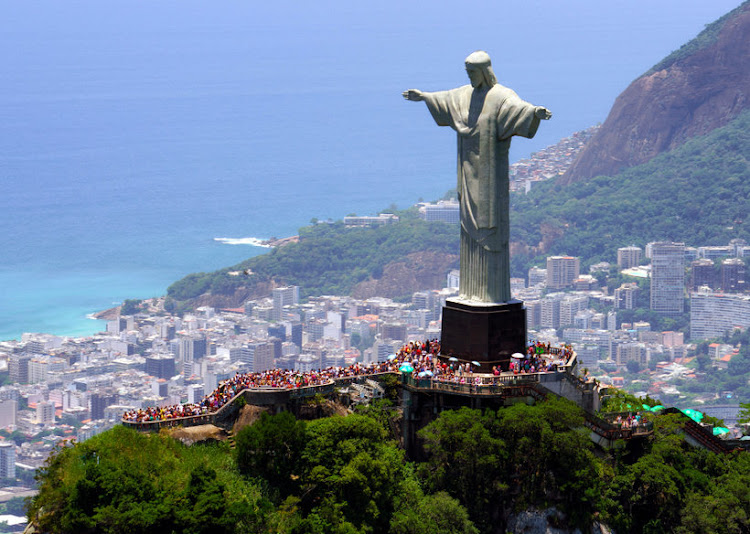 The new statue stands about 1,570km southwest of the famous Christ the Redeemer  which overlooks Rio.

Taller though it may be, it likely has its work cut out for it in terms of international appreciation. Christ the Redeemer, made of concrete and soapstone, has stood on the 700m peak of Corcovado mountain in the Tijuca National Park since 1931 and is seen as a symbol of Christianity around the world as well as synonymous with both Rio and Brazil.

In 2007, it was listed as one of the New Seven Wonders of the World.

CHRIST THE PROTECTOR IN NUMBERS

CHRIST THE REDEEMER IN NUMBERS

Dust off that passport at last: 10 epic adventures to book in 2022

From 'Squid Game' for tourists in South Korea to a sacred-trail hike in Bhutan, this is a year of openings, special events and launches to get you ...
Lifestyle
5 months ago

This half-day tour is a perfect blend of old architecture, interesting history and fresh energy — just make sure you take a bag for the mielies
Lifestyle
3 months ago

When life gave them lockdown - and the ability to work from anywhere - Melissa Sutherland and her husband seized the chance to realise their dream of ...
Lifestyle
1 year ago