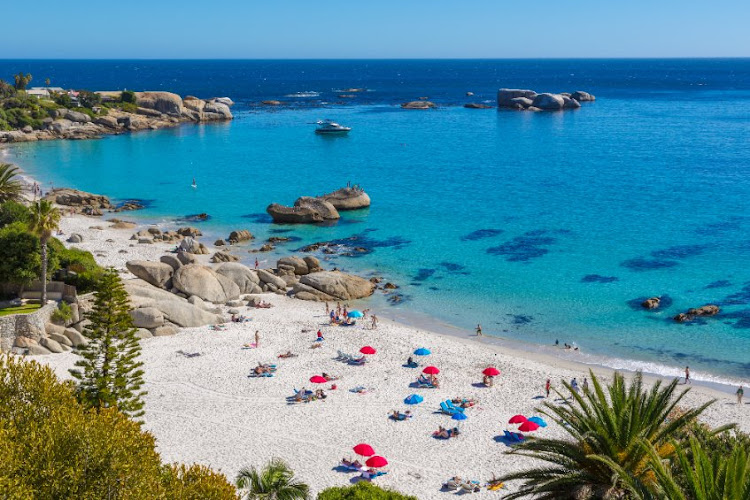 A lazy beach day in Camps Bay, Cape Town. The 'TimeOut Index 2022 has the city ranking as best in the world for relaxing, and the globe's second most beautiful. File photo.
Image: lmeispencer / 123rf.com

The international magazine TimeOut has released its fifth annual listing of the world’s best cities, according to the people who live in them. Edinburgh, Scotland, takes the top spot, while Cape Town — Africa’s second-highest-ranking city — comes in just shy of the global top 10 at number 11.

For the TimeOut Index 2022, more than 2,000 city dwellers around the world were asked to weigh in on their city’s restaurants, bars, galleries, theatres, nightlife and coolest neighbourhoods.

The goal, the magazine says, is to “create a global snapshot of city living, and point people in the direction of the places locals are really raving about”.

The results are used to create a ranking of the year’s greatest cities, a list which this year numbers 53.

For the past two years, in the thick of the Covid-19 pandemic, the index focused primarily on which cities were making life most liveable for residents in the face of lockdowns and travel restrictions. This year, as travel opens up again, extra weight was given to elements that make cities appealing not only to locals, but to visitors too.

The top cities for 2022 are the ones “with thriving nightlife, amazing food and drink, and art, culture and museums galore”. The top picks also score highly on practical aspects, including walkability, public transport and safety. Sustainability credentials were also taken into consideration.

Just losing out on the top 10, Cape Town is praised as a city with good food, culture, mountains and nightlife where you “can do it all”. It is hailed as especially perfect for outdoorsy types, thanks to its wealth of beaches and hiking trails. With 93% of locals describing the city as beautiful, it also ranks as the second-highest scoring for beauty in the world (number one overall, Edinburgh, also scored the highest for beauty with 95%).

Cape Town also got the most votes for being an easy place in which to relax (87%), and 93% of locals rated the city for its variety of things to do.

Below are the top 10 cities and the special characteristics that make each stand out. 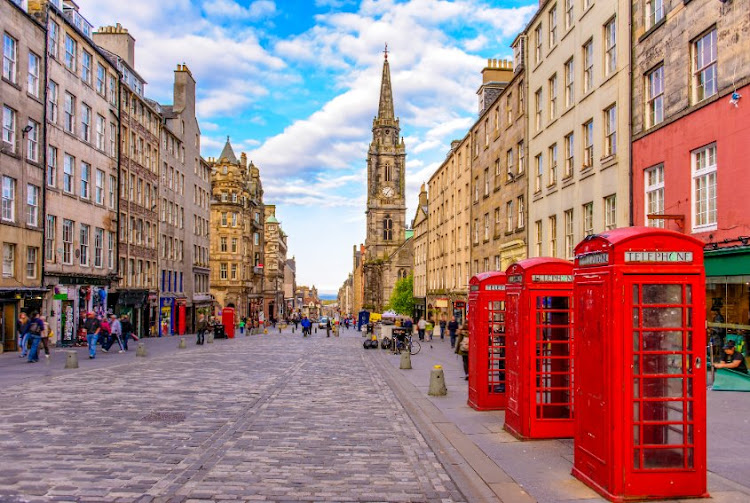 TimeOut says the Scottish capital’s landmarks, architecture and scenic hotspots make it one of the most beautiful cities to explore on foot. It is also praised for its food and drink scene that has an “ever-evolving selection of forward-thinking bars and eateries”.

The city is also noted for its progressive character, welcoming all types of people (88% of locals said it was easy to “express who you are” in the city).

It was the city with the highest proportion of residents who called it beautiful (95%) and walkable (93%). 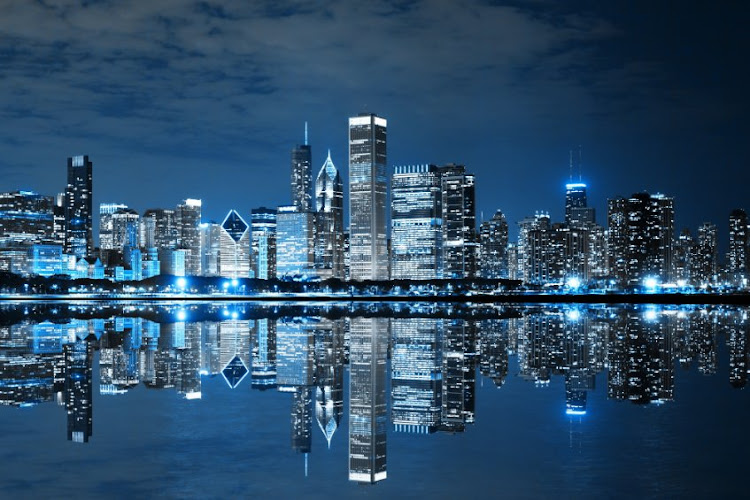 The American Midwest metropolis stands out for its thriving food scene (96% of locals rated it highly for this, the second highest in the world), with 95% saying the same about its art and culture scene. It was also voted the most fun city in the world this year.

Colombia’s second-largest city is also known as the City of Eternal Spring, thanks to its pleasant weather all year round. It’s also the only city in the country to have a metro system, but stands out especially in the index for coming out as the world’s best for eating and drinking (97% of locals give the food scene a thumbs up) and its nightlife (90%). It also ranks highest for community spirit  with 94%.

The second Scottish city on the list came tops for friendliness, with 78% of Glaswegians describing their city as friendly. Special mention is also made of its burgeoning dining scene, which Time Out describes as “best characterised by friendly informality and good value for money (Glasgow was the city second least likely to be described as expensive).

It is also hailed for its forward-thinking food scene, with the magazine saying “Glasgow was doing quality meat-free dining way before it was fashionable”.

Colloquially referred to as the “Venice of the North” thanks to its wide network of canals, Amsterdam is a solid all-rounder, scoring for beauty, great art, fantastic food and a thriving nightlife scene. Notably, it also had the highest proportion of residents saying they felt free to “express who they are”. It also came in as the world’s second most progressive city, after San Francisco, and got 100% of locals saying they could easily get around on two wheels, making it the world’s best city for cyclists.

Thanks to 90% of voters calling their city beautiful, Prague comes in as the world’s third most beautiful city overall. It also is notable for its huge number of galleries and museums, quality, affordable dining and handy public transport.

Africa’s top scorer overall, Marrakesh was revealed as the easiest place in the world to get to know your neighbours (68% gave this a “yes”) and make new friends (70%). 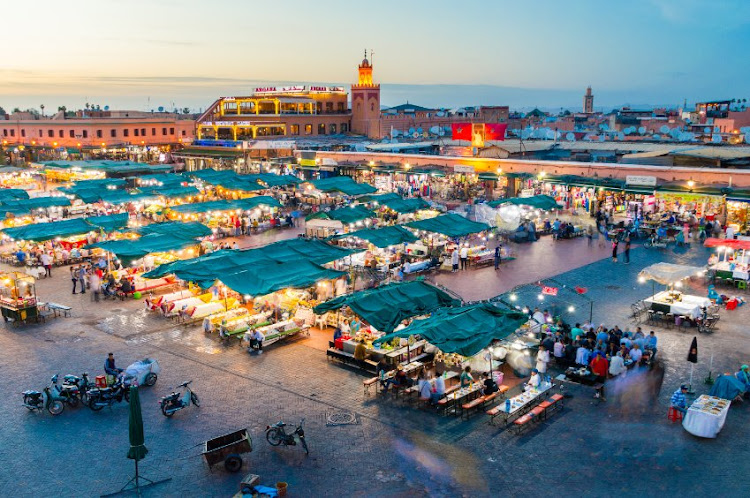 The high-energy German capital checks a variety of boxes, praised for its all-night raves, fine dining, “revolutionary walking tours and cutting-edge contemporary art shows”. Interestingly, it is also notable for its affordability — only 10% of respondents described the city as expensive, the lowest anywhere in the world. It also got the world’s best rating for public transport with 97% approval.

TimeOut hails the Canadian city with its “mix of European culture and Québécois joie de vivre” as a “true all-rounder” with solid results across the board: 93% of locals rate the food and drink scene, 82% praised its art and museums, and 80% said it was easy to take a walk in nature. TimeOut says the city has bounced back post-pandemic, with several new restaurants and bars and “some seriously positive energy”.

More than a city full of “hot people on bikes” — who knew? — the Danish capital is apparently a city that likes to party, but also comes out as one of the world’s greatest green cities, ranking second in the world for sustainability with 75% positive responses (Stockholm was the highest with 78%). It also scored highly for walkability (86%) and ease of getting around by bike (97%). Special mention is also made of how it is using its canals in creative ways this summer with hydrofoil bikes, floating saunas, jacuzzis and even kayak bars.

TimeOut started in 1968 as a publication listing the best cultural attractions — art, film, theatre, restaurants and more — in London. While it has grown to cover more than 300 cities in 59 countries, its last print edition hit the streets last month. It is now an online-only publication.

Dust off that passport at last: 10 epic adventures to book in 2022

From 'Squid Game' for tourists in South Korea to a sacred-trail hike in Bhutan, this is a year of openings, special events and launches to get you ...
Lifestyle
6 months ago

The theatre star shares some quirky city insights and his biggest travel hits.
Lifestyle
1 month ago