SA muso will rock 'n' roll his way across the Atlantic

Ard Matthews will be the singing skipper of 66ft wooden boat 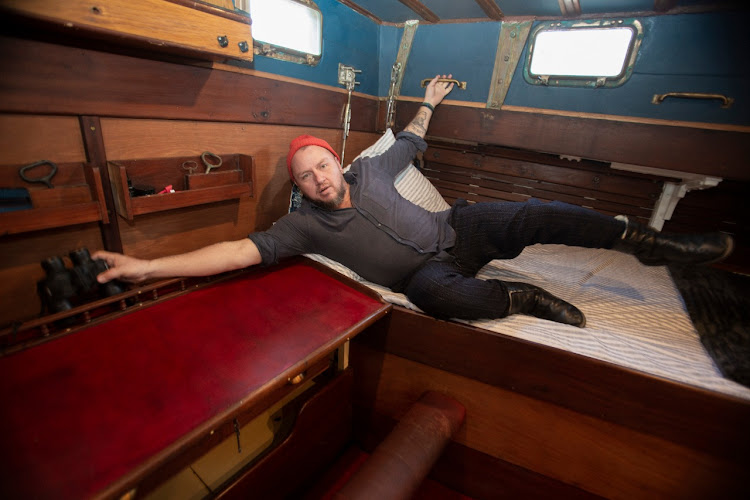 He’s better known for jiving than gybing but this may change as rock star Ard Matthews takes to the high seas in his 66ft (20m) wooden boat to compete in the Cape2Rio trans-Atlantic race in January.

The Just Jinjer frontman and singer is a surprise entrant, not least because he is still doing an offshore yacht masters course — required to skipper his boat in the deep. He also intends taking some guitars along, and a mobile recording studio in case he feels the muse while crashing through the South Atlantic Ocean.

The 3,300 nautical mile race through seas renowned for mountainous swells may present some recording challenges, but Matthews insists he will make the most of it.

“It’s a little bit cheeky that we are even doing this especially given that I’m coming from a rock ’n roll background and not much of a sailing background,” he told the Sunday Times. “But it’s my boat, my choice to make, and when people say, 'Why are you doing it?', the answer is simply: 'Why the hell not, we have one life,'” he said.

“But I know my limitations and there’s no ego or pride involved in this whatsoever.” 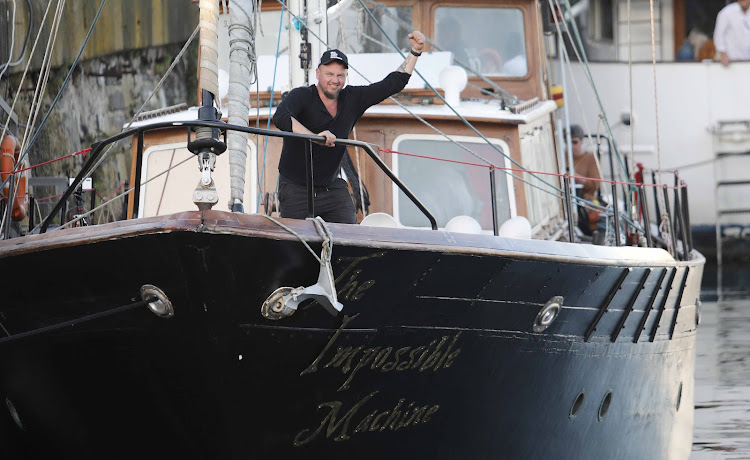 Ard Matthews on his yacht at Cape Town's V&A Waterfront. He will sail to Rio with an on-board mobile sound studio.
Image: Esa Alexander

It was commissioned by the South African Navy in 1966 and competed in the inaugural Cape2Rio race in 1971. The yacht  has since been “lovingly restored” under Matthews’s watch, and now has the highest safety licence. Matthews, who logged some sea miles when relocating the boat from Saldanha to her berth at the Victoria & Alfred Waterfront in Cape Town, will rely on an experienced crew to get him to Rio de Janeiro.

“It will be safe and fun and I will surround myself with the best of the best,” he said.

He also hopes to record new songs. “I’ll be taking my portable studio with me. I can set up anywhere when inspiration strikes. I will definitely be documenting and hopefully recording a couple of songs. I think it will be quite unique to say this is a song that was written on an Atlantic crossing — and it’s my own crossing. I don’t know how it will go.”

“I have no problem in having external sounds because it will be a reflection of where we [are] at. Hopefully, there won’t be too many screams recorded,” he laughed.

The trip also has a social dimension with Matthews hoping to raise awareness about ocean pollution and overfishing. He is regularly involved in public welfare projects, notably performances on the roof of his Hout Bay home during the height of the Covid lockdown.

“To have someone like Ard join the event obviously adds huge value and endorsement,” Spillebeen said. “The sport and its opportunities are for everyone, some people dream for years about crossing an ocean — the stretch of the South Atlantic from Cape Town to Rio de Janeiro is challenging on many levels,” he said.

Once he's through racing Matthews plans to run charter trips out of the V&A and ultimately to circumnavigate the globe with his guitars. He said as a sailor he was diligent and determined: “Nobody has said I’m crazy, because they know I’ll do it.”