Selling cure for being gay found illegal in New Jersey 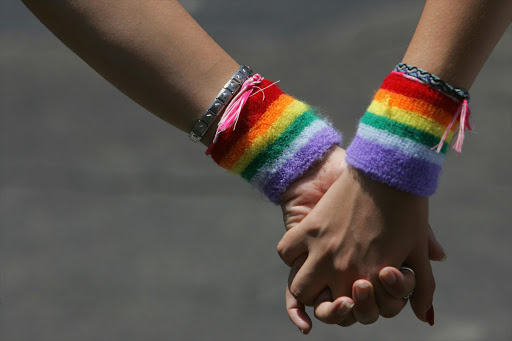 The plaintiffs described the methods used by the counseling group in Jersey City from which they had sought help: One of them, a young man hoping to overcome his attraction to other men, said he had been told to grab a tennis racket, scream and beat an effigy of his mother as if killing her.

This week, in a lawsuit brought against the counseling group by that man and three others, a state Superior Court judge in Hudson County, New Jersey, ruled that counselors selling so-called conversion therapy with claims that homosexuality was a curable mental disorder were engaged in consumer fraud.

The ruling earned accolades from advocates who are working to end such therapy around the country. But the lawyer for the counseling group, Jews Offering New Alternatives for Healing, or JONAH, pointed out that the case was not over and that the judge had agreed to allow a jury to hear arguments on issues of fact. He added that whichever side lost the suit would most likely appeal.

In a decision favoring the plaintiffs on some issues but not all, the judge, Peter F. Bariso Jr., wrote that mental health professionals had refuted the notion that homosexuality was a disorder and that describing it “not as being a normal variation of human sexuality, but as being a mental illness” violated the state’s consumer fraud act.

The judge also wrote that promoting the therapy by touting “success” statistics “when there is no factual basis for calculating such statistics” would further violate the law. He did not address whether JONAH had done so.

Last week, in another pretrial ruling in the case, which was filed in 2012 and is expected to go to trial this summer, Bariso prohibited JONAH from calling five expert witnesses because, he said, their supposed expertise rested on the faulty premise that homosexuality was a sickness. He allowed a sixth expert witness to testify on a separate issue.

Neither ruling sets a binding precedent in New Jersey or elsewhere, said David Dinielli, deputy legal director of the Southern Poverty Law Center, a legal advocacy group that is representing the plaintiffs. Still, Dinielli said he was thrilled about the decisions, which he contended would have a lasting effect.

The ruling issued this week was “monumental and devastating to the conversion-therapy industry,” he said in a news release. “For the first time, a court has ruled that it is fraudulent as a matter of law for conversion therapists to tell clients that they have a mental disorder that can be cured. This is the principal lie the conversion therapy industry uses throughout the country to peddle its quackery to vulnerable clients.”

Samantha Ames, coordinator for the National Center for Lesbian Rights’ “Born Perfect” campaign, which seeks to end conversion therapy nationwide, said, “We can now stand before state legislatures and point to this ruling, which confirms that testimony from anyone who claims conversion therapy is effective and safe is not an expert in the medical or mental health fields.”

But Charles LiMandri, the lawyer representing JONAH, said the judge’s decisions would have a limited impact on the debate over conversion therapy. He also said the rulings would not thwart his argument that the group only used the term “disorder” to describe what it believed was the Torah’s view of homosexuality.

“Judge Bariso is a Superior Court judge in New Jersey,” LiMandri said. “The case has no precedential impact.”

The suit seeks financial damages and the closing of JONAH. Of the four men who originally sued - three Orthodox Jews and one Mormon, all of whom were between 17 and 26 when they underwent the therapy - one has been dismissed from the case after a finding that his mother, not he, paid for the therapy. (She and the mother of another of the men are also plaintiffs).

The plaintiffs claim they had paid thousands of dollars on conversion therapy that JONAH and its affiliates helped perform between 2007 and 2009, as well as conventional therapy to undo what they say was the psychological damage caused by the conversion therapy.

New Jersey is one of the three jurisdictions that prohibit licensed mental health professionals from performing conversion therapy on young people; California and Washington, D.C., are the others. Efforts to pass similar laws in more than a dozen other states have faltered in recent years, though advocates say they continue to press for bans in many of those states.