Family in the dark over Big Brother contestant 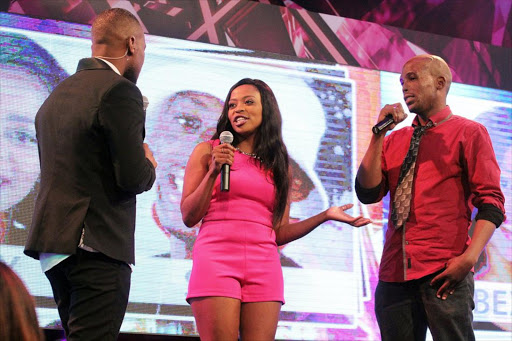 The family of a Big Brother Mzansi contestant who may have been sexually assaulted by a fellow housemate say they have been prevented from speaking to her by the show’s owners.

However, they are being kept in a hotel for “debriefing and counselling” and have not yet been allowed to return home.

On Monday night, 26-year-old Mbengo from Queenstown in the Eastern Cape and Ngwenya, 24, from Estcourt in KwaZulu-Natal, were booted out of the house following claims of “sexual misconduct”.

A short statement from the s h ow ’s producers said Mbengo had been taken out for “her wellbeing” while Ngwenya was removed because of what “may have been an incident of sexual misconduct”.

One of Mbengo’s distraught family members, who did not want her name published, said the family was still in the dark.

“I was informed by Big Brother himself [a representative of the show, whose name she did not recall] that Axola had been evicted from the house. They told me on Sunday night at about 11.20pm.

“In the Big Brother house there is that liquor period. I think this may have something to do with liquor, but the rape rumours I don’t know.

“It’s just painful, Big Brother says he sees everything. If he saw there was something happening to Axola why didn’t he wake her up or call her or something?”

The relative said she had been trying to phone Mbengo all week, but the phone was off. On Friday, Mbengo “sneaked ” a call to her family.

“She said she is OK but she wasn’t supposed to talk to the outside world. She couldn’t even divulge what happened because she is under supervision. I am damn worried, and on top of it, seemingly they are saying she entered the house knowing they enter at their own risk. But I never expected this to happen.

“I’ve asked the Big Brother people when they will release her and they said maybe this weekend, but it will depend on her wellbeing. She said she was getting legal advice but she fears that maybe the lawyer could be working for the Big Brother people trying to fix the matter for themselves so that their name is not ruined.”

The show’s website has video clips of the pair being intimate on several occasions prior to the incident. But on this particular night the pair were seen drinking and partying.

Instead, M-Net CEO Yolisa Phahle released a statement saying they had appointed law firm Cliffe Dekker Hofmeyr to independently investigate recent events in the Big Brother house. The statement read: “Big Brother ’s executive producer from Endemol Shine Africa has reported a suspicion of sexual misconduct to the police, as required by law. No charges have been laid.

“The broadcaster views the incident in a serious light, and the wellbeing of the contestants remains of utmost importance. Any possible further action that may be taken will be informed by the findings of the investigation.”

Adam refused to elaborate on her claims.

However, a relative, who did not want to be named, said Ngwenya ’s mother was travelling to Johannesburg to meet with the show’s producers.

“We will not be giving any information to the media, the mother is on her way to Johannesburg to find out what happened and we can’t give you her details,” she said.